Last week’s untypically cold weather was coupled with warmer than usual temperatures in the Arctic – perfectly illustrating that the atmosphere is one continuum and that disturbances in one region of the world can have a dramatic impact in another, says Peter Inness, Lecturer in Meteorology, in a new post for The Conversation. 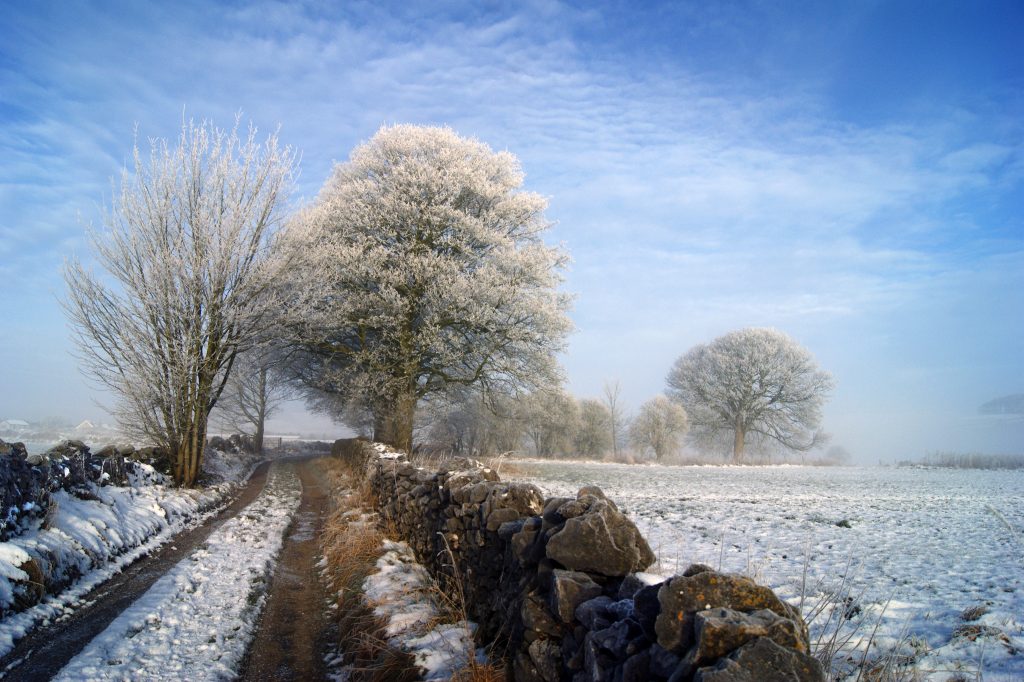 During the past week, bitterly cold weather has engulfed the UK and most of Northern Europe. At the same time, temperatures in the high Arctic have been 10 to 20°C above normal – although still generally below freezing.

The co-occurence of these two opposite extremes is no random coincidence. A quick climate rewind reveals how an unusual disturbance in the tropics more than a month ago sent out shock-waves thousands of kilometres in all directions, causing extreme weather events – not only in Europe and the Arctic, but in the southern hemisphere too.

The outbreak of cold weather across the UK was publicly forecast at least two weeks in advance. In early February, meteorologists noticed a large-scale weather event developing 30km high in the Arctic stratosphere, whose effects on our less lofty weather systems are well understood.

The strong westerly winds, known as the Polar Vortex, that normally circle the Arctic at this altitude had begun to weaken and change direction. Extremely cold arctic air – usually entrapped by this 360° barrier – was able to spill out to lower latitudes, flooding across Siberia.

Meteorologists refer to this type of event as a Sudden Stratospheric Warming (SSW) because the air in the stratosphere above the North Pole appears to warm rapidly. In fact, the cold air isn’t itself warming up so much as flooding south and being replaced by warmer air from further south.

Changes to wind directions and temperatures 30km above the ground initially went unnoticed to those on the ground – both in Europe and in the Arctic. But over a period of several weeks, the influence of this weather event moved gradually downwards through the lower region of the atmosphere, eventually changing weather patterns near the surface.

One such change was the development of high pressure across Scandinavia, which generated easterly winds across the whole of Northern Europe, pulling cold air from Siberia directly over the UK. Out over the Atlantic Ocean the same area of high pressure resulted in southerly winds allowing warm air from the Atlantic to move northwards into the Arctic basin. Research shows that these weather shifts tend to be fairly persistent once they do occur – hence the unusual length of the cold spell we’re experiencing, and the warmth in the Arctic.

But what caused the stratospheric Arctic warming event to happen in the first place? For this we need to look thousands of kilometres away to the atmosphere above the tropical West Pacific Ocean. In late January, a vast area of thunderstorms, as large and strong as have ever been recorded, were disturbing the atmosphere across this region. The effect of these storms was equivalent to the dropping of a large boulder into a pond – they caused waves of alternating high and low pressure to spread through the atmosphere, particularly into the northern hemisphere. It was these waves bumping into the vortex of winds around the North Pole that caused the Sudden Stratospheric Warming event in early February.

The very same area of thunderstorms across the tropical Pacific acted as the birthplace for the less-reported Cyclone Gita, which tracked through the South Pacific, causing damage in Tonga and Samoa and even leading to unseasonably stormy weather across New Zealand at the end of their summer.

The near simultaneous occurrence of all of these extreme weather events is a perfect meteorological illustration of the butterfly effect. While we usually talk about weather in local and regional terms, the atmosphere is one continuous fluid expanse. Disturbances in one region are bound to have consequences to the weather in other parts of the world – and when they are severe the shock-waves can be immense.

Many have linked the severity of these events with climate change. But, particularly for this event, its important for us meteorologists to exercise caution. The occurrence of this particular stratospheric warming event is not itself a consequence of climate change, as one extreme weather event on its own does not tell us anything about long-term trends in the Earth’s climate.

What’s important is to look at how often these events occur – and how severe they are when they do. However, the series of events that lead to cold weather over Europe are complex and have only been well understood for the past 20 years or so. Without a few more decades of data, it is difficult to say whether either the stratospheric warming or the intense tropical storms are part of a pattern that falls outside of what we would normally expect – though limited research does already suggest that Stratospheric Sudden Warming events are becoming more frequent.

For other extreme weather events, the story is clearer – evidence increasingly suggests that hurricanes, storms and wildfires are becoming both more frequent and more severe than they once were. Time will tell if its the same story for Stratospheric Sudden Warming and tropical disturbances. Evidence from these recent temperature extremes will certainly help researchers to understand this question. But if we do what we can to minimise the damaging impacts of climate change, we may never need to find out.

This post was first published on The Conversation, 2 March 2018. Peter Inness is a Lecturer at the University of Reading’s world-renowned Department of Meteorology.