Academics have a duty to speak to the media, especially in tragic and complex cases, argues Tom Sheldon, Senior Press Manager at the Science Media Centre.

“How many more Charlies and Alfies must be paraded in front of us before we realise that keeping quiet only makes things worse?” 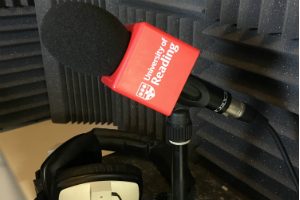 In July 2017 the story of Charlie Gard, a baby with incurable mitochondrial disease, played out across the media. By April 2018 we all knew the name Alfie Evans, another little boy with another untreatable condition. In both cases the medical teams and the courts agreed nothing could be done.  Both children have since died. There’s nothing enjoyable or satisfying about these stories. They are profoundly sad.

Nine months after Charlie Gard, and the rest of us watched as Alfie’s Army demonstrated outside Alder Hey Children’s Hospital and his parents were locked in bitter dispute with the medical team. For a second time, a battle over the life of a child none of us knew had become major news, and the need for expert voices to be heard in the media and by the public was as strong as ever. Yet with a few notable exceptions, the rest of the medical profession once again failed to show up, allowing misinformation around Alfie Evans to take hold. Nine months after Charlie Gard, and we have dismally failed to learn any lessons.

At the height of both stories, hospital staff told the Science Media Centre how supportive it was to see other experts in the media presenting the facts in a calm, measured and sensitive way. There was broad agreement that the voice of rational, reasoned expertise must be heard against the backdrop of hysteria.

“The level of information available to the public was woefully imbalanced”

But there was far too little of it. Once again, journalists and the SMC found it very difficult to find medics, paediatricians and palliative nurses who could speak. Once again, the voice of the medical community was represented by a very few individuals. And so once again the level of information available to the public was woefully imbalanced.

It is not the responsibility of any one palliative care nurse or paediatric doctor to inform a story like this. It can be nerve-wracking to enter the fray. That’s why leadership and support need to be shown from the very top.

But both were in short supply. Managers and executives in hospitals, NHS trusts and medical institutions were preventing their staff from speaking to the media about the Alfie Evans story. Time and again I was told ‘I’ve been told I can’t give you a quote’, ‘I am being muzzled’, ‘I agree experts need to be heard but my manager has put us all on lockdown’.  These comments did not come from hospital juniors, but from professors, senior medics and leading paediatric nurses.

There is a short-term view that prevails among risk-averse officials. In public, these people bemoan the lack of expert voices and unbalanced stories. But when the crunch comes, they need to make a decision on whether to let their staff speak. With a few notable and far-sighted exceptions, they once again decided it would be too risky. Heads down everyone, and hope the spotlight doesn’t turn on us.

This would be more understandable if the media were gunning for the medics; but the opposite is true. I was in constant touch with journalists throughout the Alfie Evans story and found them to be extremely sympathetic, both to the family and to Alfie’s medical team. They were not under any illusions that Alfie Evans was being abused; they saw the agonising situation for what it was. But they were also under intense pressure to write and broadcast balanced, objective stories, and the absence of a range of expert commentators made that vastly more difficult. How can the media inform the public if no one is informing the media?

Other reasons were given for keeping quiet while the story was at fever pitch. Sometimes it was ‘to protect staff’; but is this danger real or imagined? Those experts who did speak up did not find themselves under attack. And why is staying silent automatically accepted as the best way to protect staff? You could just as easily argue that the opposite: that by failing to stand up and defend medics who are being pounded with false accusations we leave the whole profession open to being demonised.  Leaving a vacuum in the media allows misinformation and mistrust to take root, and staff are undermined.  Such a strategy does nothing to protect them.

“Leaving a vacuum in the media allows misinformation and mistrust to take root, and staff are undermined.  Such a strategy does nothing to protect them”

Sometimes it was ‘we can’t speak, we don’t know the details about Alfie Evans’; but experts have shown many times that it is possible to provide context and background about care procedure and medical diagnosis without commenting on a specific case. Those few medics who spoke out in the media did so with great skill and sensitivity, without having to make claims about Alfie Evans or take sides.

Sometimes it was ‘if we speak up, we only fan the flames’. This is the most ill-conceived argument of all. The story is already raging, and the oxygen of publicity is in no short supply. Editors will demand stories about Alfie Evans, regardless of whether or not they feature experts. The choice is stark: we either inform those stories, or we don’t.  If everyone opts for the latter, everyone suffers.

Is there a tidal wave of public opinion against Great Ormond Street and Alder Hey? I see no evidence for one. Dare to go below the line of any of the dozens of Alfie articles published by MailOnline – a bellwether of British opinion – and you will find tens of thousands of readers’ comments. The overwhelming majority are a mixture of sympathy and compassion: for the family, for the impossibility of the situation, but also for the medics and carers working every day to help children like Alfie Evans. Public understanding is more nuanced and thoughtful than some people think.

Officials who block public access to expertise are quick to imagine the risks of engaging without balancing them against the risks of leaving a void at the heart of a story. Far from shying away from the debate, we should now reflect on how best to bring balance to it.  Medical experts who are willing to speak must be supported and encouraged by their institutions, not removed from the public space; because we will see this situation again with another child, another incurable condition, another frantic family. We have to stop making excuses. How many more Charlies and Alfies must be paraded in front of us before we realise that keeping quiet only makes things worse?

This post was originally published on the Science Media Centre blog.

The University of Reading Press Office exists to support and advise academics engaging with the media across a range of topics, and has a radio studio and live TV system for broadcast interviews. Contact Pete Bryant, Carolann Grandison or Tim Mayo on 0118 378 5757 or email pressoffice@reading.ac.uk to find out more.