Our headlines are currently riddled with selective uses of the passive voice. Passive voice means that it isn’t clear who is doing the deeds mentioned. “Headlines are… riddled” rather than “Journalists are riddling the headlines,” for example, is passive instead of active. Because it’s passive, there’s no one responsible for the action.

As history unfolds, this might feel like the safer choice, because without agency, taking a stance isn’t possible. Moreover, the use of the passive voice may be strategic in journalism, rather than ethical, because if our headlines were more active, they might more actively ignite or alienate readers. 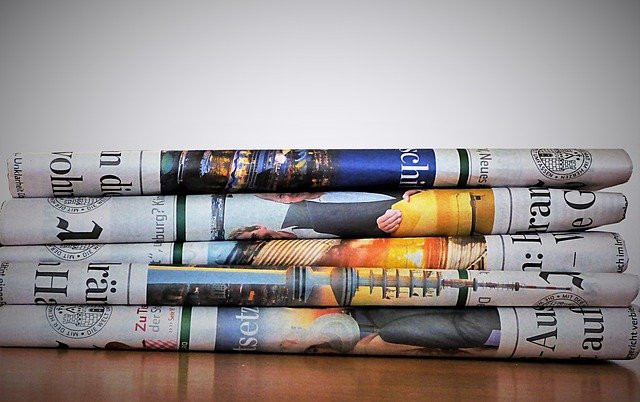 But the passive voice of the news has recently become its own news. Take a tweet from Emily Pothast, who accuses the New York Times of “letting that passive voice do a lot of heavy lifting as usual”:

NYT letting that passive voice do a lot of heavy lifting as usual pic.twitter.com/nuwmKIgILO

At the time of writing, this post received nearly 100k likes, which must near a sort of record for social media on syntax. It also received nearly 20k retweets, including many threads on active vs. intransitive verbs (which are verbs that are not exactly passive, but which do not take a direct object). One commentator mentions that “have died” lacks an agent and is thus intransitive, and the comments to follow take apart distinctions between intransitive and passive verbs, rather than engaging in the more pressing question of “who is the agent?” or more precisely: “who made the children die”?

Here’s a series of recent headlines from Israeli newspapers. See if you can find the most active verbs:

Israel Demolished Tower Blocks in Gaza. Here’s What They House

If you guessed one and two in the above headlines, you are right.

The most active phrases are: “Israel demolished”; “Israel is Wiping Out Entire Families on Purpose.” In these examples, we have a clear agent (Israel) and acts: “demolished”; “wiping out.” We don’t need to discuss their syntax, because their narratives are clear. However “Lives erased” is a phrase that obscures the eraser, as does “Rocket fire returns…” the rocketeer. Agents hide in passive verbs.

In many recent Arabic headlines, blame is interestingly assigned via the passive voice. In the May 18 lead headline on Al Jazeera the statement reads: “Israel’s barrage of airstrikes resumes, toppling buildings.” Perhaps surprisingly, the “barrage” is made passive in a way that seems to be engaging in more objective journalistic tone, but “toppling” negates it.

Indeed, the main agent is made passive even in Lebanon. “Strike from Gaza kills 2 as Israel topples building,” reads the small but mainstream Lebanese English newspaper The Daily Star (possibly syndicated from Politico). In the first half of this headline, the “Strike” is the agent of “killing,” leaving a real agent missing, whereas in the second half, the actor, “Israel” clearly topples.

In the American Fox News version of this story, “Israel launches new airstrikes, responds to rockets from Lebanon, as Biden’s suggested cease-fire flops,” an alliteration in the end leaves us searching for an agent. What happened exactly? The agent was “Israel” but their action was “launching” rather than “toppling” or, as the Washington Post more clearly writes, in the present tense, “kill[ing].” To complicate the already complicated headline, it was revised to “Israel-Gaza Conflict continues to intensify call for cease fire, rockets reported from Lebanon“. This headline suffers from an incomplete sentence, a run on compound phrase, and no clear agent. It also barely offers any actions, apart from the “reporting” of rockets “from Lebanon.” Did someone in Lebanon fire a rocket? Or has someone in Lebanon reported a rocket? The grammar of the headline exhausts its reader searching for meaning, before the story is even read.

Letting language distract us from the horrors overseas can be illuminating. After all, we are taught in schools to use an active voice, ubiquitous software tries to enforce use of active voice, as does journalism, in theory.

As presenter for AJ News, Sana Saeed, affirms in a recent tweet responding to Ken Silverstein’s frustration with the New York Times:

If you’ve ever worked w/ a good copy editor&senior editor, then you know that they will push for active voice.

Weird how some of the top newsrooms, ostensibly with excellent talent esp on grammar & syntax, keep pushing out passive headlines about Palestinians killed by Israel. https://t.co/wweaEfUtNd

Saeed’s point finds its evidence in a recent headline of an OpEd in the NY Times. Published on May 14 by Bret Stephens, the article was titled: “For the Sake of Peace, Israel must Rout Hamas.” The article actively tells its audience that the action of “routing” is a “must.” As the routing seems to subsequently unfold, the NY Times headline narrative begins to shift, with its May 17 headline accompanying an infographic reading “The Toll of Eight Days of Conflict in Gaza and Israel.”  Now we have a different story and the way it is told is even more different, with the headline leaving out verbs altogether. Without a picture, without an agent, without a subject, “conflict” lingers in the air with a sense, in this headline, of neutrality.

Is the supposed objectivity of these articles belied by their choice of syntax? Do they hide a subjectivity behind the passive voice? Perhaps the outlets are starting to catch wind of closet grammarians calling out the politics of syntax.

An May 18 headline from The Times of Israel’s begins to imply a shift towards the active, before retreating again to the passive: “2 Soldiers Shot in Westbank, 3 Palestinians killed by gunfire and unrest“. Unrest itself is a passive word that has been increasingly used amidst this “conflict.” And while this headline attempts to imply a balance by offering the “shooting” of “2” troops, on one side of the scale, and the “3 Palestinians killed” on the other– it leaves the “killing” as a passive verb–implying they were killed by “gunfire and unrest” rather than human beings, where as the “Soldiers” are more simply shot. “Killed” hides the killer. “Unrest” hides the war.

Even recent OpEds daring to oppose mainstream narratives take up the passive voice. An OpEd by Ali Velshi for MSNBC is entitled “Israel’s treatment of Palestine is apartheid. Period.” If the title had an active voice, it might read “Israel has created an apartheid state.” If that is too clunky: “Israel is apartheiding.” But Apartheid isn’t a verb, it is a state.

The May 14 LA Times, also seems to counter the mainstream through the strength of its active voice, however, the passive remains lurking:

Try your hand at re-writing this as actively as you can, and when you’re finished, ask yourself if the agent is clear. Then ask yourself about how far away you’ve strayed from understanding the narrative in your process of word re-organisation. As the tweets are starting to show, the social-media linguists are beginning to actively wonder if this is part of the point.

Yasmine Shamma is a Lecturer in Modern and Contemporary Literature in English in the Department of English Literature.