Universities can play an important role in helping local people to understand and influence the long term future of their city. As Reading develops an urban room – a space that gives people the chance to help redesign and reimagine their town’s future – Professors Lorraine Farrelly (Architecture) and Tim Dixon (Built Environment) explore the value of such spaces in a new post for The Conversation. 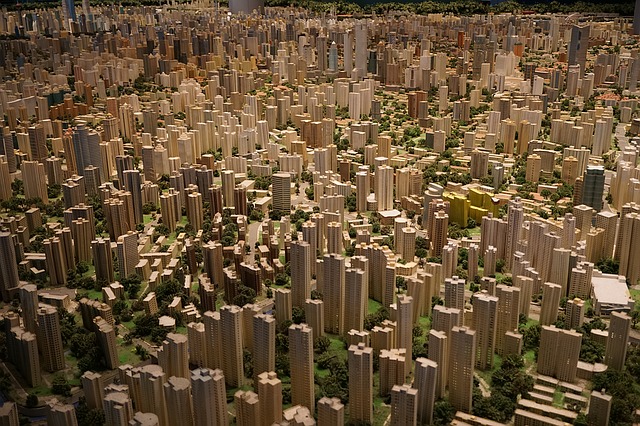 Despite the strong Utopian traditions of urban planning, there has often been a reluctance to think beyond the short term. Long-term planning is complex; electoral cycles are short and it’s easier to focus on the everyday challenges than those of the far-off future. For this reason, urban planners have often struggled to describe how a city might develop over the next 30 or 40 years.

Recent research has shown that it’s essential to take a long-term, participatory approach to urban planning, to manage continuous socioeconomic and environmental change. This means bringing together local government, universities, businesses and people living in cities.

Newcastle, Milton Keynes and Reading are examples of this in action in the UK, as shown by the recent Government Office for Science Future of Cities Foresight Project, which used a range of tools and techniques (including workshops with local people) to imagine different possible futures for the cities.

But there also needs to be a physical space where everyone can reflect on how a city has evolved, understand what sort of a place it is now and debate how it should develop in the future. That’s where “urban rooms” come in – they’re an important building block in making a city vision “real” for the people who live there.

An urban room can act as an exhibition hall, a community centre and a learning space, while giving people opportunities to help redesign and reimagine their city’s future. Urban rooms are already commonplace in countries such as China and Singapore, in the form of urban planning museums, city galleries or exhibition centres. These are all places where the public can directly engage with a physical space dedicated to understanding the past, present and future of the city.

Many of these spaces not only incorporate very large physical models, but also have space dedicated to understanding the urban planning stories and future paths of these cities. Models are a useful tool to help people visualise key public spaces, and the impact that new design proposals will have on the cityscape.

For example, Singapore’s mega model is located in the Singapore city gallery, which first opened in 1999 to tell the story of the nation’s planning efforts, including its intensive social housing programme. It is important these spaces are open, so members of the public can easily access planning information.

Another, rather different, example of an urban room is the MPavilion in Melbourne. Here, the urban room is a temporary pavilion, designed by a different architect every year. During its intensive summer programme, the pavilion becomes a space that contributes to public education, encourages public understanding and engagement in architecture and built environment and facilitates discussion about key planning proposals. When its life cycle is finished, the pavilion is installed permanently elsewhere in the city.

Only relatively recently have urban rooms started to garner interest in the UK. For example, research as part of the university-led Newcastle City Futures Programme has shown how urban rooms can positively shape strategic urban development and regeneration projects, by increasing civic engagement and public participation in forging a vision for the city.

A network of urban rooms has now sprung up across the UK facilitated by the Place Alliance with Sheffield University, which brings together places as diverse as Newcastle, London, Hereford, Bristol and Weymouth. Each urban room creates a physical space where people can go to understand, debate and get involved in the past, present and future of the place where they live, work and play.

In Reading, we have linked the development of the urban room with the Reading 2050 vision, which brings together the University with local business, local government and local people. The vision imagines how Reading could become a low carbon city with a smart and sustainable future.

The urban room being developed at the University of Reading houses a much smaller model of the local area than some of the above examples, but through digital and physical media (virtual reality models, interactive exhibits and exhibition spaces) it will offer similar opportunities for the public to form a deeper understanding of proposed new developments.

Urban rooms are just one way of giving communities the confidence to actively participate in helping shape places, often in relation to the small scale changes of good open space and housing provision and air quality improvement that are so important in people’s lives. In this way, universities have a crucial role to play in creating stronger engagement with local people, and helping them to understand and influence the long term future of their city.

This post first appeared on The Conversation, 18 January 2019. The Reading 2050 project was established in 2013 to deliver a strategic, long-term vision that will support growth and prosperity, and help ensure that a truly smart and sustainable city can be delivered by 2050.