A new archeological project has won EU funding to study the earliest human settlements in Iraq and Iran (17,000-7,000 BC). 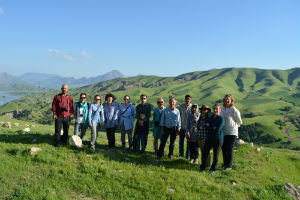 The five-year grant will support six work packages involving archaeological excavations and scientific analysis of early agricultural communities in the Zagros mountains of Iraq and Iran, one of the core regions where human societies first made the transition from mobile hunter-gatherers to settled farmers, founding the basis for the cities and civilisations that followed.