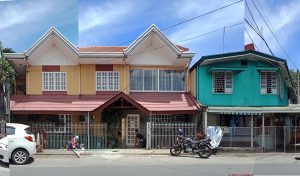 In the Philippines, at the University of Santo Tomas, we are now well underway with the first stage of our mapping, which is data collection. Our site of Santa Rosa is divided into 18 political districts called barangays. We have combined social research methods (questionnaires and focus group discussions) with desktop analysis of documents such as the land use plan and development plan for the area.

Early in the project, we conducted field reconnaissance surveys in to understand the topography, geology and traffic volume, environmental use (such as open spaces and greenery), and social and economic land use (construction, agricultural trends, industrial and commercial activities). Socio-cultural assets, activities of the informal sector of the economy, types of small businesses, and existing routes were also noted. We also made preliminary investigations into site conditions with infrastructure availability/accessibility (or lack of it) and types of housing (as proxy for income level).

We have also used visual methods. Streets were documented though photography in the 18 barangays. These revealed variations in building forms and streetscapes. Linear street scale  panoramas were prepared for each barangay by stitching photos taken from multiple viewpoints following a linear path along a specific street. Alongside these street views, vehicular and pedestrian routes were traced with the help of the participants of the focus groups. The participants were given a map where they could trace their travel routes from home to work.

The Socio-economic data and environmental profile of the 18 barangays (sub-units or lower administrative units) of the city were collected and analysed in order to provide a basis for the selection of five (5) barangays which will be studied in greater detail. These were chosen according to the following criteria:

Based on the field survey and data provided by the city, the barangays can be characterized as described below: