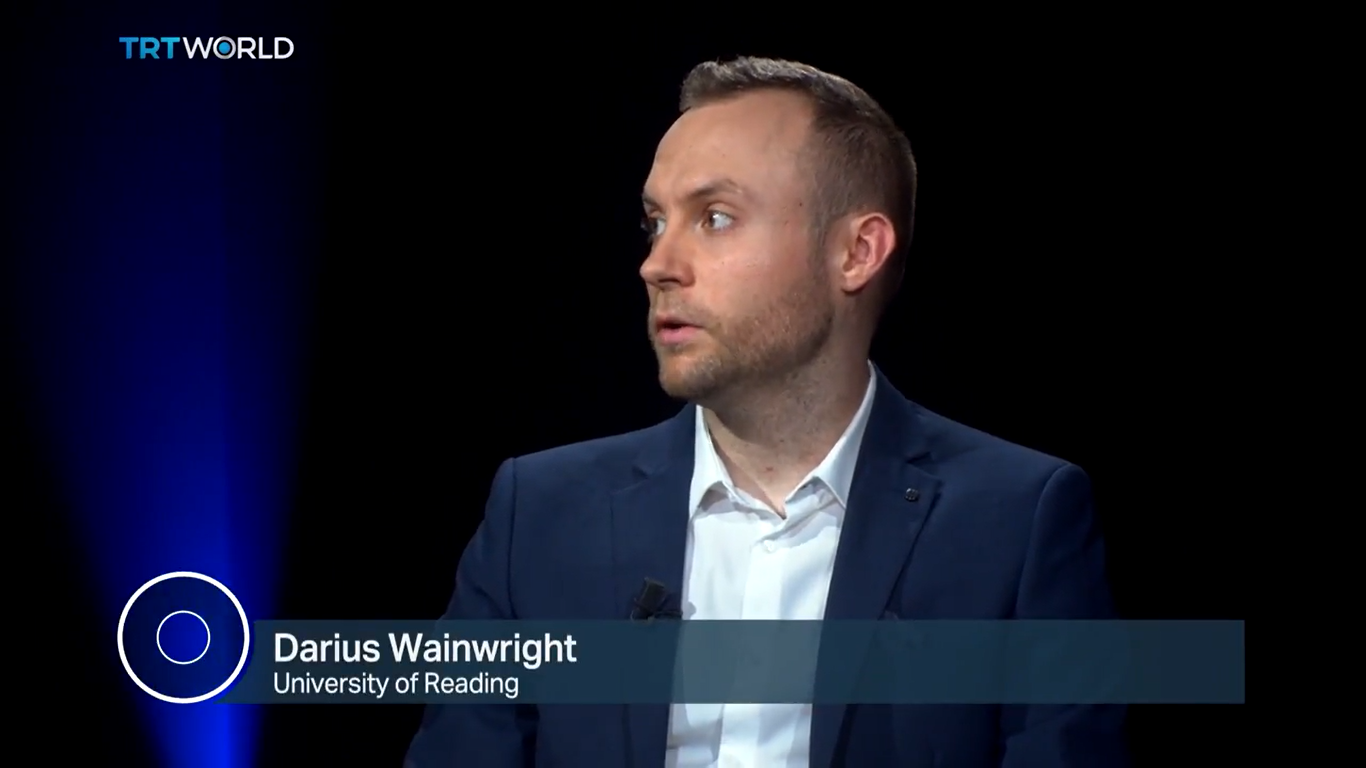 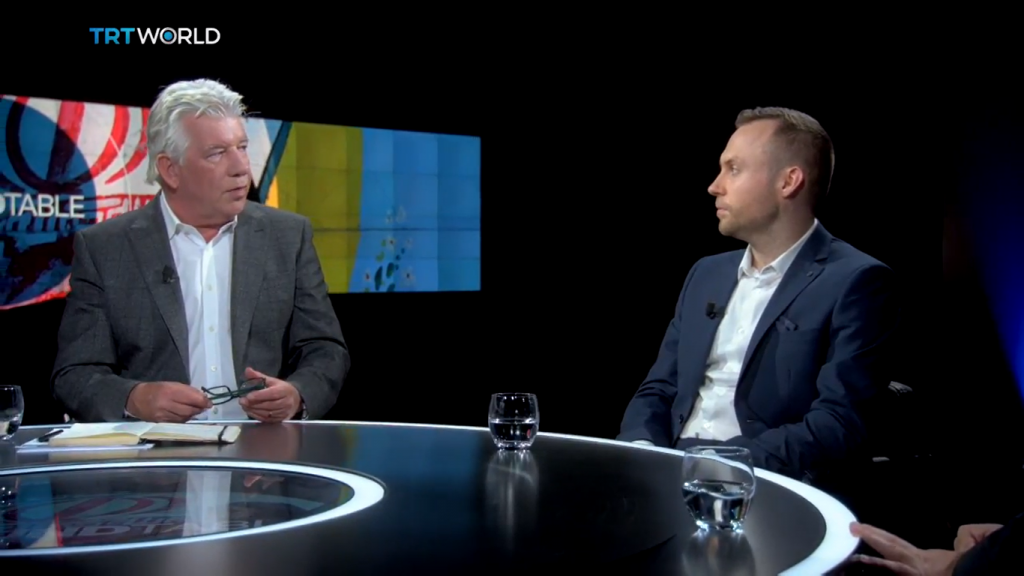 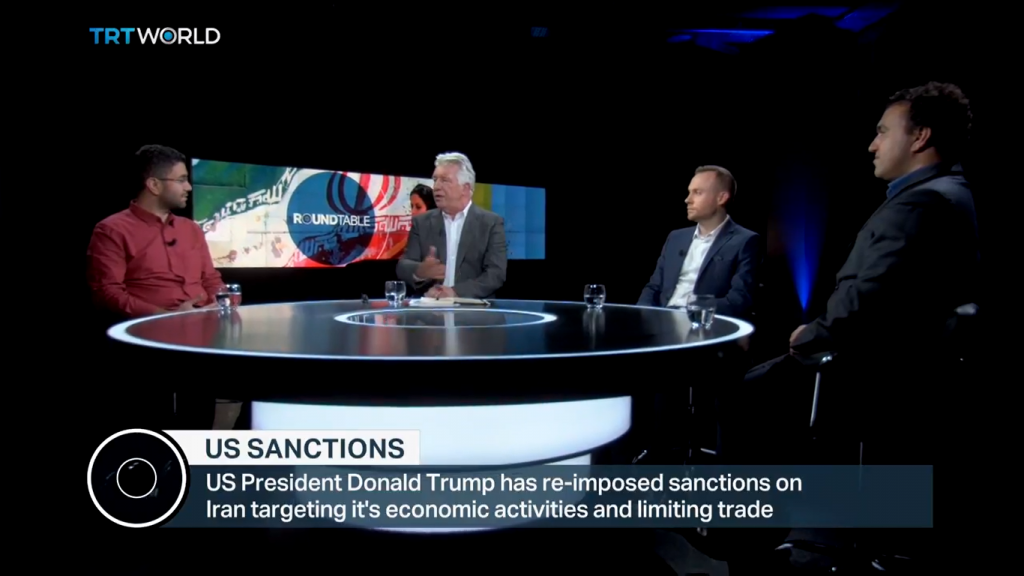 US President, Donald Trump, has recently been criticised by global powers for re-imposing tough sanctions on Iran after the US departure from the Iran nuclear deal.The European Union has responded to Trump’s declaration that the world should not do business with Iran by urging oil and gas businesses to disregard his threats and China and Russia has also condemned the measures.

The measures impact Tehran’s trade in gold and it’s automotive industry, and will have an effect on it’s oil industry in the future, with Trump warning to impose much tougher sanctions later in the year if Iran does not comply with US demands. There are now growing concerns that Iran is heading towards economic crisis. However critics of the current regime state the economic state of Iran is nothing to do with the sanctions. What is going on in Iran?

Watch Darius at the Roundtable discussing these questions: