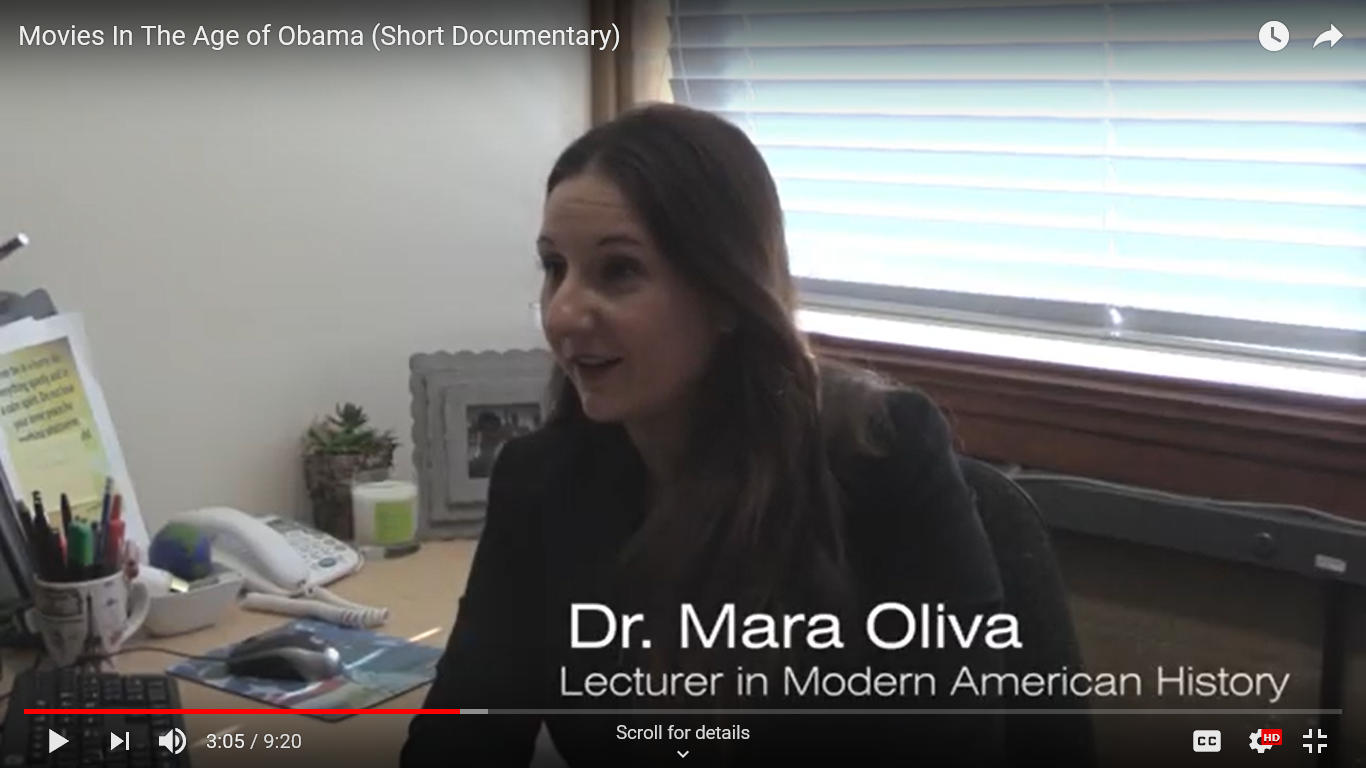 Our very own co-founder, Dr Mara Oliva, has recently featured in a new short documentary, written and produced by Kendra Navarro from the Global Academy. The documentary, Movies in the Age of Obama, provides an insight into how Barack Obama’s presidency has influenced Hollywood. In it, Mara discusses Obama’s impact on race relations and multicultural/multiracial identities, and his revival of hope in the American Dream. You can watch the full documentary below!