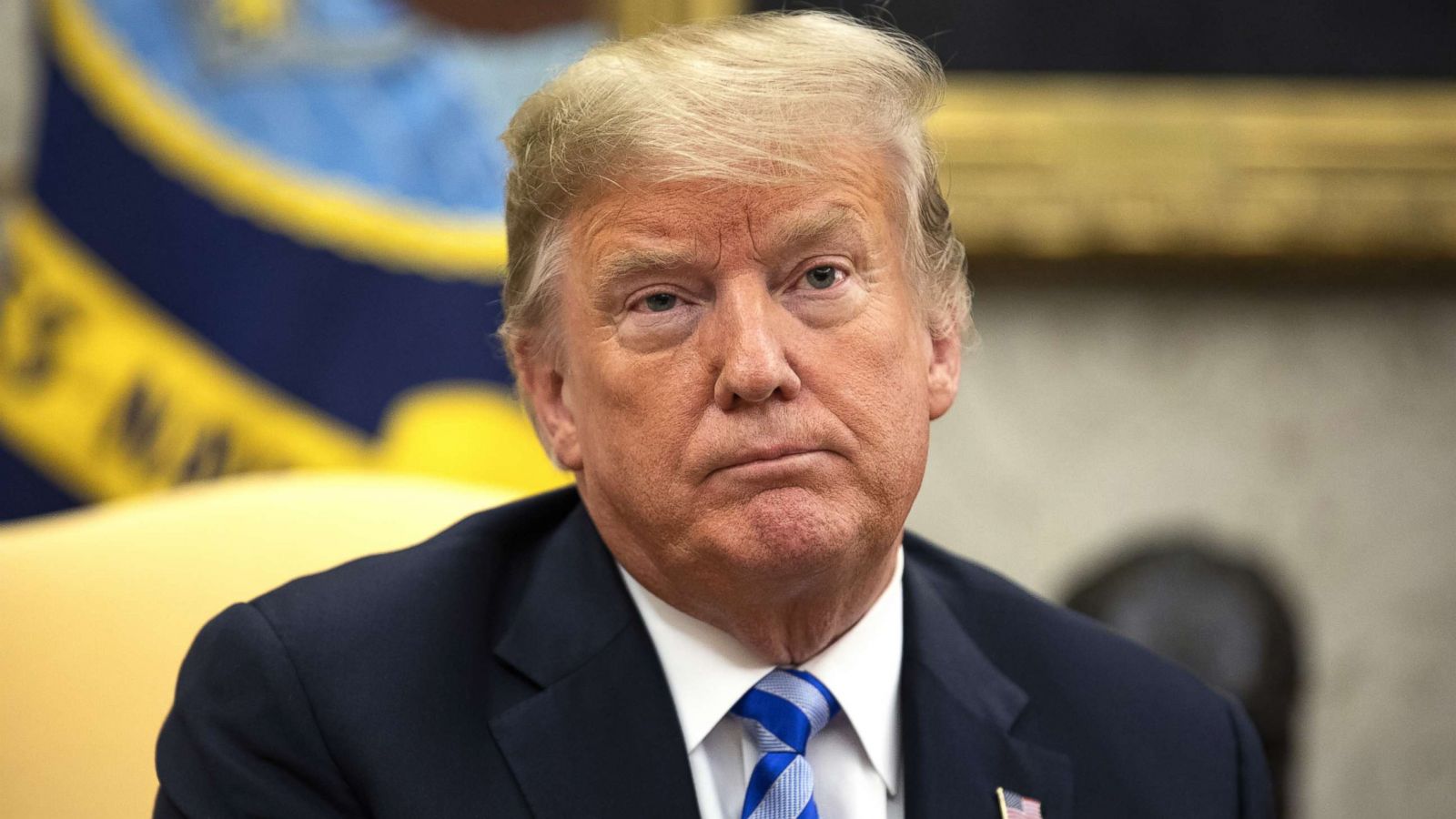 Since spring 2018, many of the themes of Donald Trump’s early presidency continue to be evident. But there have been notable shifts as well. The military build-up, promoted by Trump and authorised by Congress with its gargantuan $700 billion defence budget, is being implemented. In the run-up to the November 2018 mid-term elections, Trump has trumpeted this strengthening of America’s military, as he did at a rally in Council Bluffs, Iowa, on the 9th October.

Similarly, the economic policies championed by Trump – sweeping tax cuts and deregulation – continue to define his administration. A salesman of note, Trump has emphasised in recent months the considerable economic growth which, he claims, is due to his fiscal reforms. That is highly debatable. Barack Obama’s leadership, including his stimulus package and prudent reform of Wall Street, could be viewed as a long-term contributory factor behind America’s current robust growth. Also, not all indicators are rosy, notably the sluggish improvement in productivity. But Trump has also been able to boast, as he did in that October address in Iowa, of the lowest unemployment figures in 50 years.

That bodes well for his re-election prospects in 2020. Americans cast their vote for a variety of reasons but the re-election of FDR in 1936, Eisenhower in 1956, Reagan in 1984, Clinton in 1996, and Obama in 2012 – at times when the perception was that the economy was improving – suggests that often pocketbook concerns have been a paramount influence. The failure of Hoover in 1932, Carter in 1980 and George H. W. Bush in 1992 to win re-election during economic downturns suggests the same thing. Given his wafer-thin margin of victory in 2016, the controversy over Russia’s role in assisting Trump’s campaign, and the outrage felt by many at the shocking and distasteful aspects of his rhetoric and behaviour, Trump cannot anticipate a comfortable victory in 2020. But given the current state of the economy, he may well be more competitive than some of his detractors would like. His approval ratings remain unimpressive compared to many previous presidents, including John Kennedy. But his base has remained loyal.

Since spring 2018, Trump’s foreign policy has continued to comprise both internationalist and more isolationist elements. He has made a concerted effort to engage with Russia, despite its ever-increasing pariah status as a result of its cyber meddling in other countries, as well as the infamous poisoning in Salisbury. The high-point of the Trump-Putin love-fest came on the 16th July when they met in Helsinki. Even some of his supporters were surprised when, at their press conference, Trump defended Putin against the charge that Russia had interfered in the 2016 election, thereby siding with the Russian leader over his own intelligence community. He also insisted that the United States – as well as Russia – was responsible for current tensions in their relationship. At the time of writing it has been reported that Trump might meet Putin again this November in Paris. As peculiar as all this appears to be, Trump has clearly been intent on a policy of diplomatic engagement with Russia. 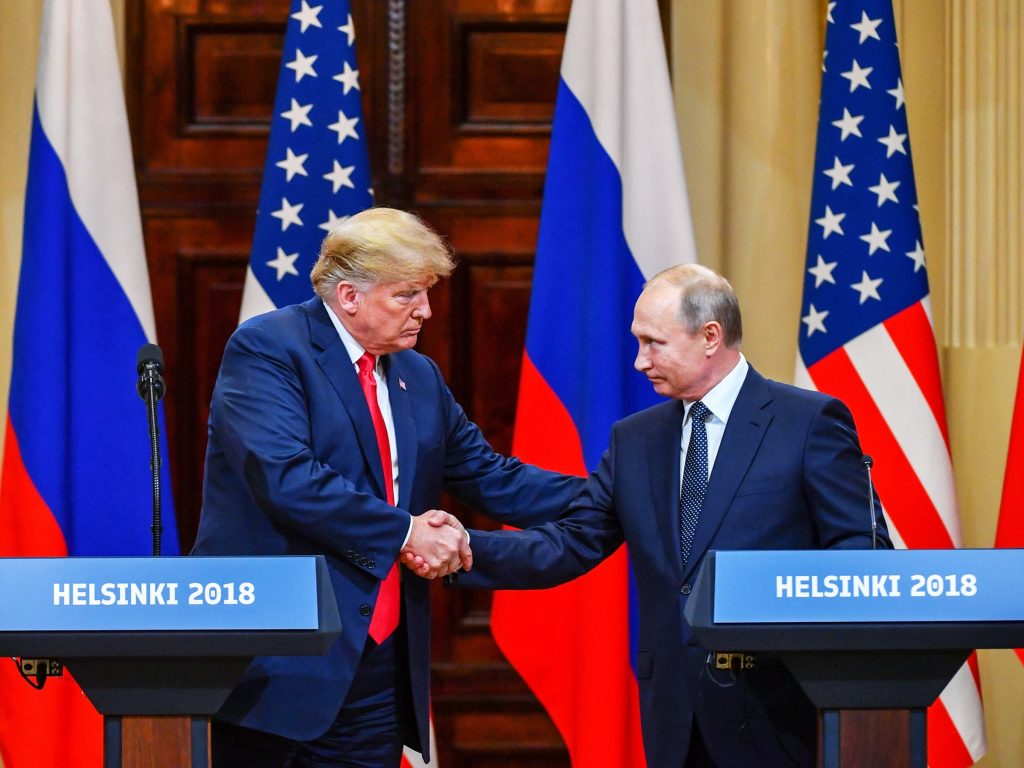 That has also been the case with his policy towards North Korea. After a period of great tension with Pyongyang, with Trump intensifying both sanctions and hostile rhetoric, a dramatic rapprochement has occurred, resulting in the summit meeting between Trump and Kim Jong-un in Singapore on the 12th June. North Korea talked about denuclearisation as a realistic prospect, raising this issue of whether Trump’s hard-line tactics had paid off. Had those tactics forced North Korea to the bargaining table? The handshake between the two leaders was described by the media as historic. At the summit, Trump repaid Kim’s talk of denuclearisation with the suspension of US military exercises. Sceptics highlighted the vagueness of Kim’s promises. Trump, however, remained sanguine about the prospects for peace through diplomacy. ‘He [Kim] wrote me beautiful letters and they’re great letters. We fell in love,’ he revealed to his supporters at a late September rally in West Virginia. 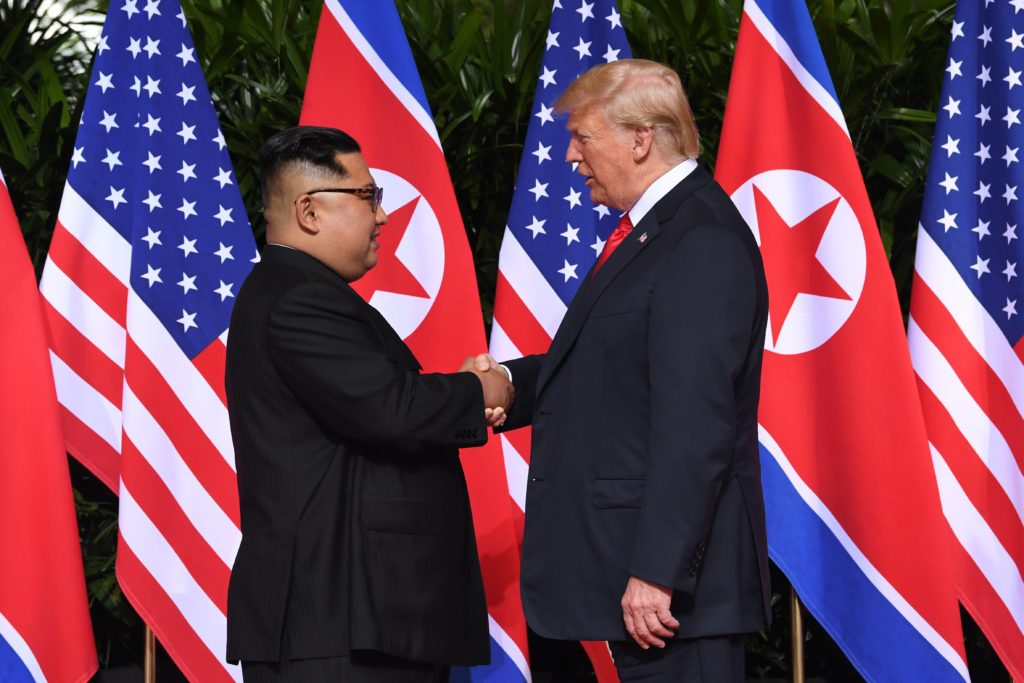 Whilst diplomatic engagement was the hallmark of his summer 2018 policy towards Russia and North Korea, Trump’s approach to China was quite different, evoking memories of 1920s US foreign policy. Gargantuan tariffs were slapped on China as a way of dealing with a nation which, Trump believed, had failed to adhere to fair trade practices and damaged US manufacturing. By late September Trump’s $250 billion in tariffs on China had come into effect. China retaliated with Tariffs on $60 billion of US goods. Trump’s tariffs on China are due to increase by the end of 2018. Deadlock, then, has come to define US-China relations under Trump. This hard-line approach towards China has become a more prominent feature of his foreign policy in recent months.

As in my chapter on Trump and Kennedy, I would emphasise the need to gauge the extent of Trump’s uniqueness. It is easy to view him as a presidential anomaly. Yet a military build-up and tax cuts are hardly unique in US history. Not only John Kennedy but also Ronald Reagan and George W. Bush sang from the same hymn sheet. Likewise, shifting between hard-line policies and diplomacy (in the case of Trump’s relations with North Korea) is not unprecedented, as Reagan’s record on relations with Russia reveals. Even Trump’s aggressive tariff policy has its historical antecedents. However, his regular attacks on the media and even the judiciary, and his constant use of Twitter as a key part of his communications strategy, are new. It is the style rather than the substance of the Trump presidency that constitutes its most unusual feature.