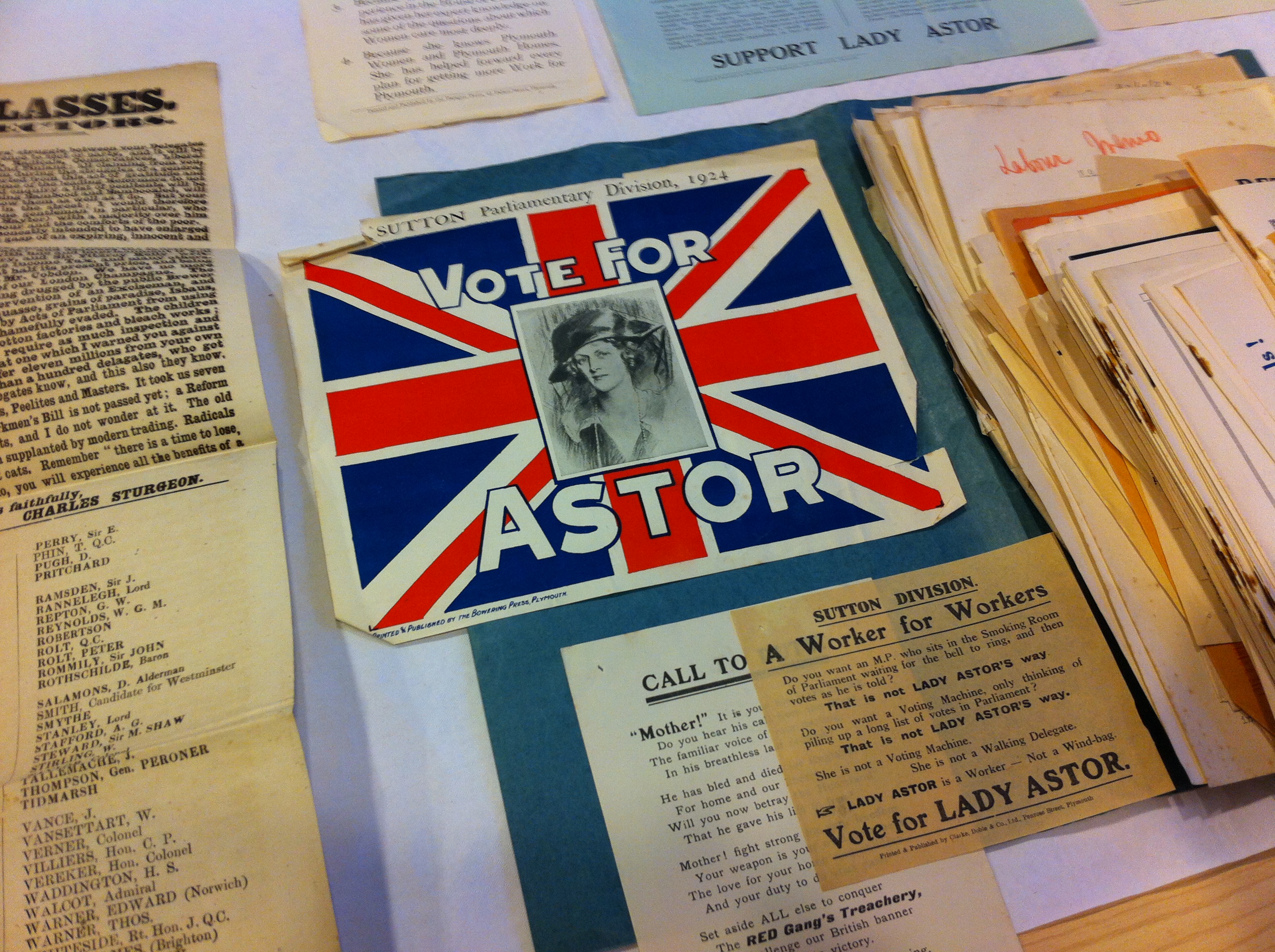 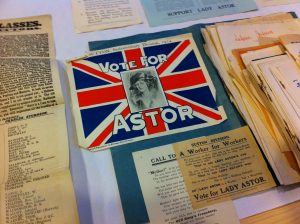 A year-long series of activities and public events celebrating Britain’s first woman to sit in Parliament has launched, leading up to the centenary of her election in December 2019.

The programme will be underpinned by a social media exhibition ‘An Unconventional MP’ showcasing fascinating items from Nancy Astor’s Papers held at the University of Reading Special Collections and a curated blog series.

Nancy Astor was elected as MP for Plymouth Sutton on 28 November 1919, almost 12 months after the Parliament Qualification of Women Act was passed on 21st November 1918, allowing women to stand for election as an MP.

Astor 100 is led by Dr Jacqui Turner, international Astor scholar and historian at the University of Reading. We are working with partners including Parliament, History of Parliament, the National Trust and the City of Plymouth. Astor100 will include interviews by Nancy Astor’s surviving grandchildren via the National Trust at Cliveden and an opportunity for the public to see her letters and political correspondence held in the University’s archives.

A key part of the Astor 100 programme is a crowdfunding campaign to erect a statue of Astor in Plymouth, which has received backing from Prime Minister Theresa May and other senior female politicians past and present. Donations can be made here www.ladyastorstatue100.co.uk

The London launch of the campaign takes place at Astor’s former London home, the In and Out Club on Wednesday 28 November – the 99th anniversary of Astor being elected MP. Dr Turner and other members of the campaign will be available for interview.

Dr Turner said: “Through these activities, we intend to highlight the significant part Astor played in changing British democracy forever, to celebrate her influence during her time as MP and to demonstrate the vital role women have played in Government since. Astor herself said that she ‘left the door open’ for others to follow.

“Astor’s story is remarkable because of the personal and political challenges she faced during her 26 years as an MP. Astor is also a mercurial character and a fascinating but often divisive personality – a Christian Scientist by religion, a witty American and an aristocrat who charmed her largely  working constituents in the naval city of Plymouth, rooting out the sources of poverty that impacted the thousands of women who wrote to her every week.”

Astor was the second woman to be elected to Parliament following the Qualification of Women Act, Constance Markievicz was elected in December 1918 but as a Sinn Féin party member Markievicz did not take her seat.  Astor became the first woman MP and entered the House of Commons just under a year later.

Dr Turner also worked with Parliament  on the Vote100 programme to mark the 100th anniversary of some women gaining the vote with the passing of the Representation of the People Act in 1918. This included an interactive public exhibition titled Voice and Vote in Westminster Hall, which featured items from the University’s Special Collections.

*28 November 2018
London launch of crowdfunder campaign for Astor statue. The In and Out Club, St James’, London, from 6pm-7pm. All media welcome.