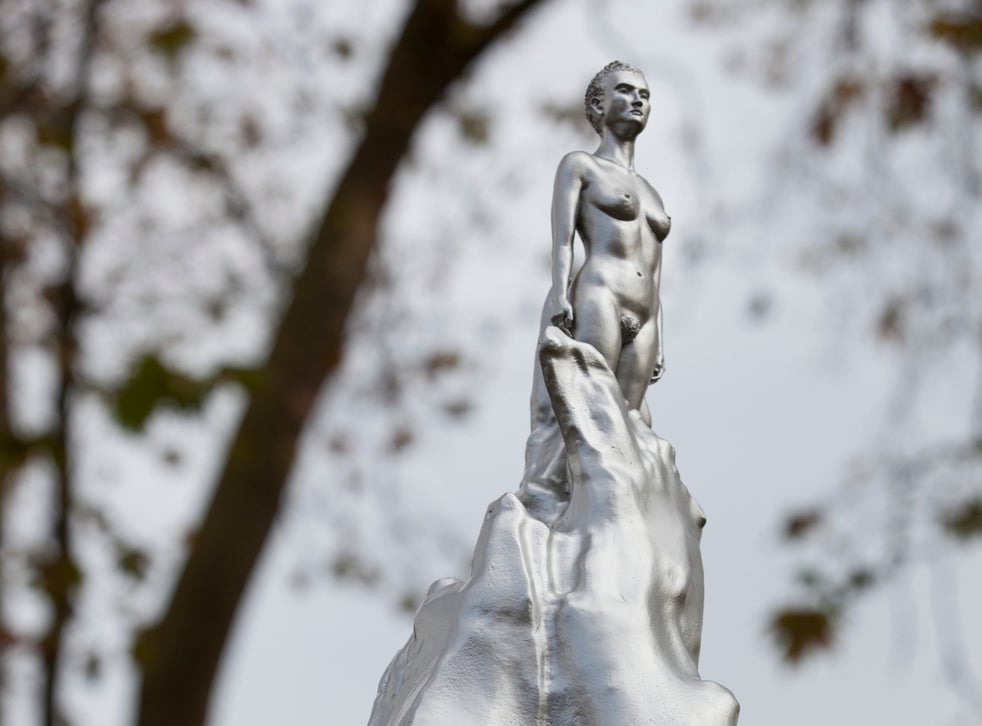 Nobody really knows how many statues of women there are in the UK. It is even more difficult to know what type of women they represent; invariably they are divided between royals, religious icons and, well, everyone else. Frustratingly, we can also say with certainty that a large proportion are naked and un-named. The centenary of the women’s partial vote in 2018 and of female MPs in 2019 went part way to highlighting and addressing the issue of the lack of female statues, most notably with the installation of Millicent Fawcett in Westminster, Emmeline Pankhurst in Manchester and Nancy Astor MP in Plymouth. But it is a painful process to generate funds for public art and any campaign to raise public money for a statue is managed with an expectation that the resultant artwork will be a reflection of the community that funded it. Unfortunately, the Mary Wollstonecraft statue is not. While huge credit is due to the tireless work that it took to see this project through, as the overwhelming comment on social media reflects, it is a missed opportunity.

The Wollstonecraft statue is not unique in courting controversy. I lay no claims to being an expert on art but in 2019 I was historical consultant and part of the committee to commission a publicly funded statue of Nancy Astor which was not been without its political controversies to say the very least! Similarly, in February 2019, London rejected a statue of Margaret Thatcher for fear it would be vandalised and only after some debate was it agreed that the statue would instead be erected in her home town of Grantham. What is it about women? Statues of controversial men, misogynists, racists and homophobes become part of the landscape with little comment. And all named. And all fully clothed. Focusing the onlookers attention on their achievements rather than their bodies. 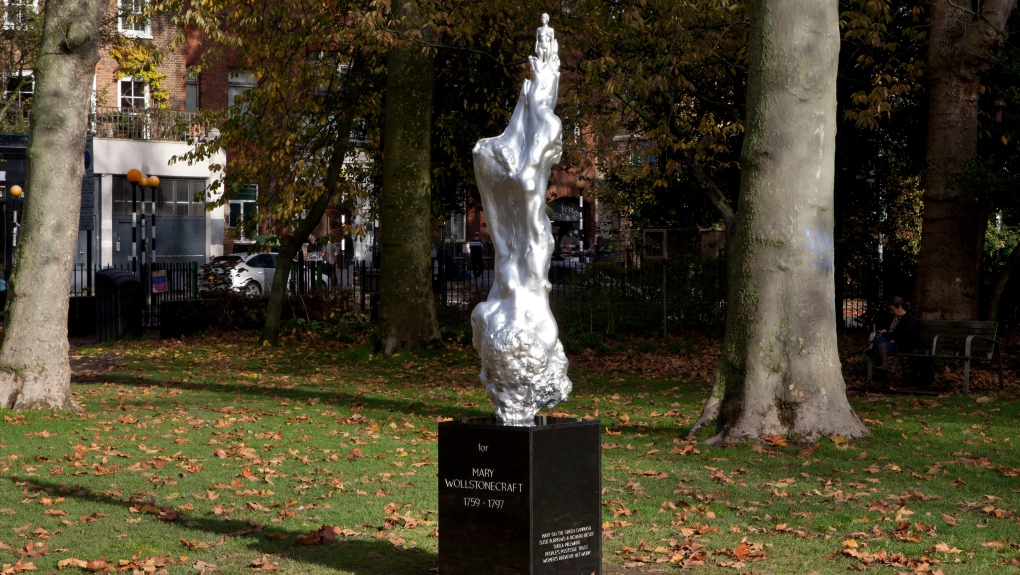 However, the issue here is not Wollstonecraft but the representation; a tiny, naked, sliver figure with pert breasts and copious pubic hair atop a mass of female parts. I understand the intended message; this is a representation of ‘everywoman’ and not another figurative statue atop a plinth but couldn’t she at least have kept her clothes on? Hambling’s alleged comment that this tiny silver nude was a representation of the figure that we all [women] crave, really didn’t help.

Mary Wollstonecraft was an C18th tour de force, a philosopher and educationalist, the ‘Mother of Feminism’. Her work was overlooked for a century as her reputation suffered in life and after her death. She had an illegitimate child, suffered mental health issues resulting in a suicide attempt before her death in childbirth age 38. It was Wollstonecraft’s disreputable lifestyle and the fumbling but well intentioned biography written by her husband William Godwin that resulted in her work being overlooked. So how would she feel about the nude? The plinth clearly states ‘for Mary Wollstonecraft’ but does that matter? It is still another naked woman. Women are more than the sum of their bodily parts and whether or not we perceive that this to be a figurative image, it still misses the point. Why couldn’t she have kept her clothes on?

Wollstonecraft never wrote an autobiography or asked for a statue. However, this statue should represent an important milestone in the development of a language of equality and feminism. Mary Wollstonecraft was not ‘everywoman’, she was exceptional. The statue might well be outdoors but is it really accessible to all? That said, if this statue has done one thing it has brought together feminists of all persuasions in condemnation leaving us asking the question – does this commemoration send the right messages or even ask any useful questions?

Dr Jacqui Turner is Associate Professor of Modern British Political History at the University of Reading. She is also the national programme manager for the Astor100 project and historical consultant for the Nancy Astor statue.