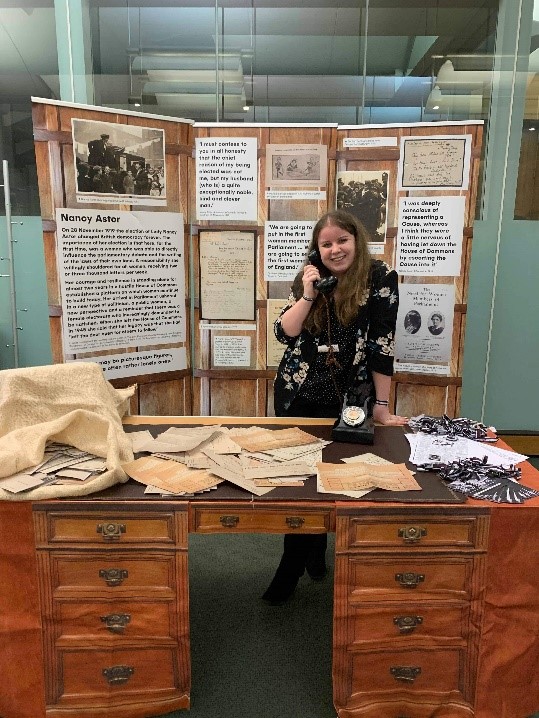 International Women’s Day is celebrating its 109th year, and it is still as relevant as ever to women everywhere. There is so much that has been achieved, but yet so much to do, and my involvement in the study of women’s politics in the first half of the twentieth century has inspired me to reflect on my involvement, and to think about what IWD 2020 represents for people of my generation.
The Astor 100 Project, managed by Dr Jacqui Turner and a team of postgraduate students from the History Department at the University of Reading has been celebrating the election of Britain’s first sitting female MP: Nancy Astor. Our involvement in the unveiling of the statue of Nancy in Plymouth, as well as our more recent experience in London on the 26th February has demonstrated the importance of telling her story and spreading the word, in the hope that more women will stand as MPs in the future, so that a 50:50 gender divide can be achieved in our lifetime. I am hopeful. The past several months has been a whirlwind of networking and educating and has cemented in me the importance of #EachforEqual, the theme of this year’s celebrations.

On the 26th February we travelled to Westminster to speak with the attendees of a panel about our involvement with the project: Astor 100 and women’s parliamentary history: where do we go from here? It was interesting to listen to the panel’s experiences of fundraising, sculpting and unveiling a statue of a female MP, as well as speaking with the public at our small pop-up exhibition complete with an old-style telephone to serve as a prop for photos and facsimiles of the letters Nancy received, housed at the university’s Special Collections. 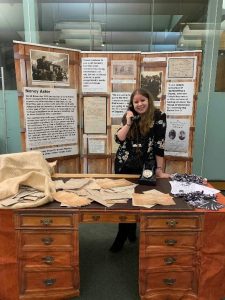 Back to the present, IWD serves to not only celebrate the achievements of women, but to identify what we can do better, and what must change to ensure equality for current and future generations. A significant part of that is the ability to vote, granted to all women by the Representation of the People Act 1928. In December 2019, students across the country were urged to cast their vote in the general election, many of them for the first time.

Having the right to cast a vote at a general election is an important way to contribute to the democratic process in Britain and bring about changes in our society. We as a nation hold the power to determine who represents us, what they stand for, and how they bring about change. I am under no illusion that any politics are ideal for all, but as students, it is vital to be aware of how we are affected by our government’s decisions. Whatever your preference on polling day, exercising your right to vote helps make the mission of those that campaigned for equal franchise worthwhile, continuing their legacy.
Through my work at the university, I have also had to opportunity to discuss IWD with younger people. The girls I worked with discussed the impact of social media, the objectification of women’s bodies and the stereotypes associated with men and women. They agreed that there was still much more to do to bring about equality, and highlighted equal pay, changes to maternity and paternity leave, as well as attitudes to clothing as possible long-term solutions. Seeing young women engage with the messages from IWD is great news for all involved, and it will be interesting to see in the future how they engage with politics when they are able to cast their vote.

Much of the discussion about equality and women has moved online, and social media is a fascinating forum for learning about our current responses to IWD. The #MeToo movement has revolutionised our discussions of behaviour towards women in the media and has involved women from all walks of life. The harassment and abuse aimed at women online is a still a huge problem and must be combatted from all sides to make our online experience a safe and positive one. However, continuing the discussions of key IWD themes, such as access to education, beyond the 8th March itself, are important to ensuring that more young women have the opportunity to come to university and aspire to make positive changes in our world. 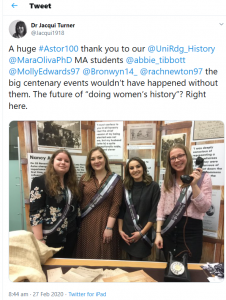 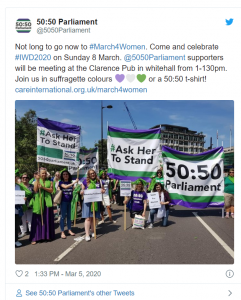 Nancy was a pioneer and her election changed British democracy forever. Here, for the first time, a woman who was able to directly influence the parliamentary debate, she paved the way for female MPs to join her, and when they arrived in the Houses of Commons, Nancy worked closely with them, across party divisions, predominantly supporting legislation surrounding the needs of women and children until she retired in 1945. To reflect on IWD, to me, means looking both forwards and backwards. Nancy was just one of the many women in our society that broke into male-dominated spaces and demonstrated to others that they were capable of doing the same. We owe a lot to all these women. But we also need to consider the future. My experience at university has shaped me into an entirely different woman than the one who left school four years ago. My experiences here have introduced me to inspiring women across many careers and disciplines and shown me not just how much more needs to be done, but that I am one of those capable of doing it.
To find out more about the Astor 100 Project, follow our twitter exhibtition: @LadyAstor100 https://twitter.com/LadyAstor100 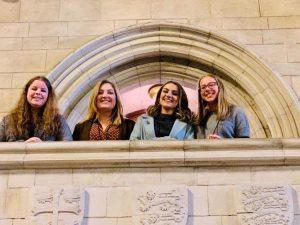