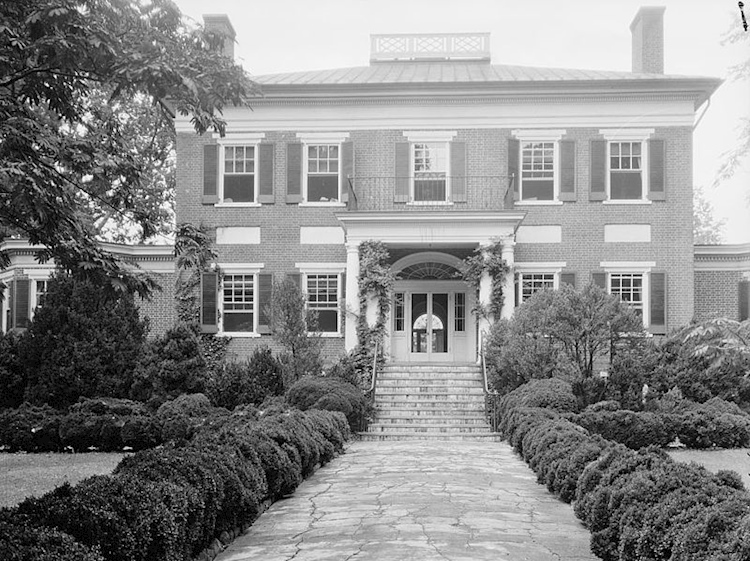 Nancy Witcher Langhorne was born in 1879 in Danville, a place one would never know of had it not served as the last capital of the Confederacy for eight days in 1865. The year before, her father, a soldier named Chiswell Dabney Langhorne, was stationed there when he met and soon married sixteen year old Nancy Witcher Keene. The Langhornes had been planters for generations before establishing flour mills and tobacco factories in Lynchburg during the second quarter of the nineteenth century. The Keenes owned a tobacco plantation near Danville which was destroyed during the civil war, so the young couple began their married life under circumstances that were very grim indeed. But the modest house where Nancy was born fifteen years later made the family feel rather lucky. For more than a decade after the war, “Chillie,” as Nancy’s father was called, struggled to support his wife and children with countless odd jobs. It was not until Nancy was nearly three years old and her father moved to Richmond that the family began to regain its footing. Chillie was energetic and tenacious. As Nancy later wrote, although “he had been brought up in luxury as a country gentleman and…knew nothing apart from looking after horses…he was ready to take on anything.” Within several years of moving to Richmond, Chillie recovered his fortunes in the railroad business. 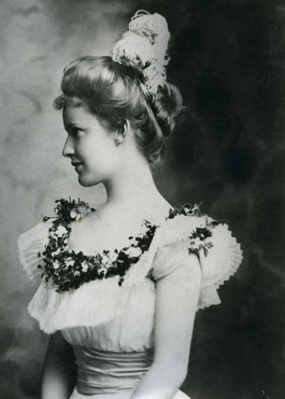 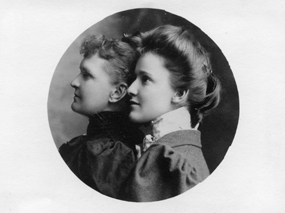 (left) and with her mother

The first place Nancy remembered from her childhood was the comfortable Victorian house she grew up in at 101 West Grace Street. Despite having a large garden, she and her siblings “ran wild” in the streets. Nancy wrote many years later of a famous local pianist telling her that “he had always been in a perfect terror of passing our house, because we were apt to throw stones at him.” Her mother “never wanted any children,” but Nancy remembered none of her three brothers (Keene, Harry, and Buck) and four sisters (Lizzie, Irene, Phyllis, and Nora) having “ever suffered the slightest frustration on that account.” She did remember family musicals, “Father had a fine voice and Mother played beautifully,” and the “family jokes and stories…told and re-told, and laughed over.” The atmosphere was informal. “Meals at home were not at all elaborate. We had the same supper every night: cornbread and eggs, raw tomatoes, beaten biscuits and molasses…rarely meat.”

Nancy’s early education took place at the small school run by Miss Julia Lee (a relation of General Lee’s) near the house on Grace Street, but she credited the “real educational influence” in her life to Miss Jenny Ellett, “a brilliant teacher with methods all her own…in those days very revolutionary.” Nancy was taught philosophy, history, and geography in the form of a “close-woven tweed rather than the untidy patchwork [given] so many young minds,” and left school with a “passion for reading that lasted the rest of [her] life.” At home, Nancy was surrounded by animals of all sorts. Her sister had a dog and her brother had a goat. Nancy’s earliest pet was a parrot. She had been “under the influence of Robinson Crusoe,” and imagined “long interesting conversations.” The bird proved a grave disappointment. “All it ever did was sit on its perch saying over and over, ‘Good morning everybody. Take it away, oh!’” The terrapins Nancy’s father kept attracted her attention too. “When the terrible day of massacre came, we wept bitterly, but we ate the soup.” The Richmond menagerie was outdone at Mirador, the country house near Charlottesville that Nancy’s father bought when she was twelve.

Chillie renovated the house, adding large wings to accommodate the family. Nancy remembered the place as “a sort of paradise,” where the children “had ponies of [their] own for the first time, and wide lands to adventure in, and wonderful woods to play in.” She and her sister Phyllis, whom she considered “the best horsewoman that ever lived,” became outstanding riders. Nancy loved “all the estate hands and servants…just as much as anyone in the family.” Their nurse was Aunt Liza, a devout Christian who loved telling stories of “Mr Jesus,” even though she was “no admirer of the Virgin Mother, for she just could not bring herself to believe that story.” 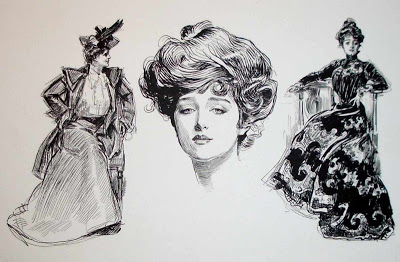 There was much excitement added to life at Mirador when Irene, one of the elder Langhorne daughters, became the famous Gibson Girl after her marriage to Charles Dana Gibson: “The papers were full of paragraphs about her astonishing beauty and grace.” Nancy enjoyed watching her sister’s romances, but as she later wrote, “I had [not] yet thought seriously of getting married myself. I loved the life I had, and Mirador, and the horses. And I had, besides, found other interests…The Reverend Frederick Neve, our local clergyman…was the worst preacher I ever heard. But he was a man of God. He went off with his Bible and started the Mountain Missions. From the first I loved and respected him.” It was Neve who suggested young Nancy volunteer at a home for old people and the disabled. She never forgot the experience. “At the Sheltering Arms I met, for the first time, people who had nothing,” and learned that “happiness has nothing to do with possessions.”

In 1896, Nancy, aged seventeen, was sent to New York to attend Miss Brown’s Academy for Young Ladies. She later recalled, “I nearly finished the school instead of it finishing me.” Having been brought up in a “natural atmosphere where nobody talked of money or thought a great deal about clothes,” Nancy was horrified by girls who “talked of nothing but their wardrobes and how much money their fathers made.” She therefore “set out quite deliberately to shock them all,” wearing “a yellow blouse with a pink bow on one side and a green bow on the other side,” and telling them that her father was a drunk and her mother a washerwoman. To Nancy’s “intense delight,” her parents appeared one day for a visit, and “seeing how wretched [she] was…broke the pleasant news that [she] need not stay.” Nancy later described how wonderful it was “to be home again after that ghastly finishing school. We were at Mirador, and those were lovely summer days.” More than fifty years later she wrote, “Now when I think of those days, it seems to me the sun was always shining. I have never been as happy as I was there.”

Nancy married her first husband, Robert Gould Shaw, in 1897. Her first child, Bobby Shaw, was born the following year. After several difficult years together, the couple separated, and were finally divorced in 1903. Nancy met Waldorf Astor on the voyage to England for the hunting season of 1905, and married him in 1906. Her second marriage was a happy one, producing five children: Bill, Wissie, David, Michael, and Jakie. Waldorf Astor was elected Conservative MP for Plymouth in 1910. After his elevation to the peerage upon the death of his father in 1919, he and Nancy decided that she should replace him. On December 1st of that year, she became the first woman to take her seat in Parliament.