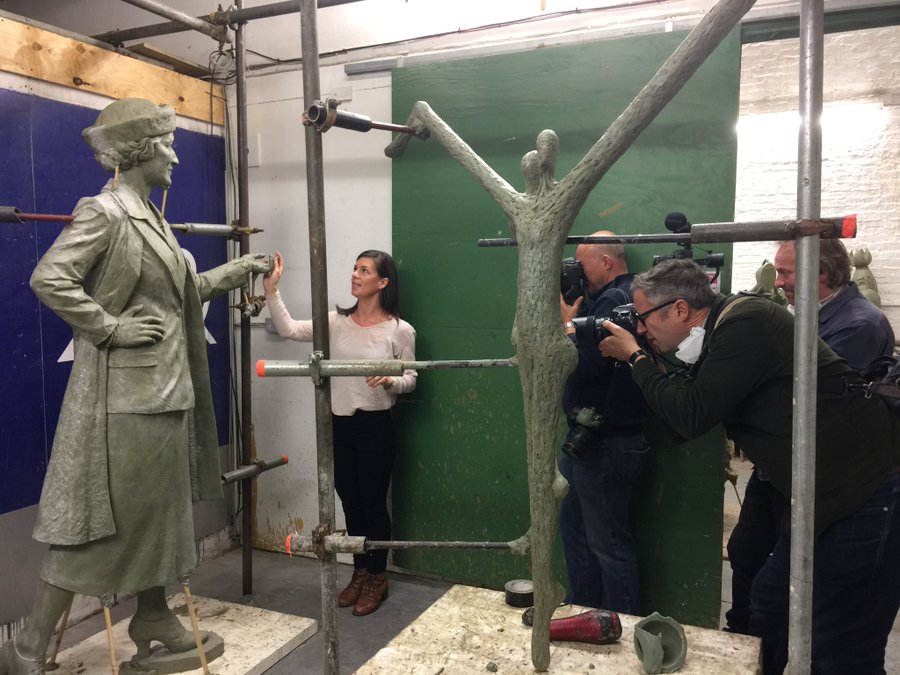 “TO be honest with you, we never thought you’d do it,” said many, after we’d smashed our Crowdfunder. Indeed so many that I wondered why not one had said a single word before. But after 89 days almost 1,000 people together had raised more than £125,000 but more than that, they had raised the spirit of a city and beyond. 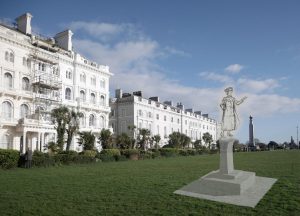 The Nancy Astor Statue Appeal was a hard ask. We had less than 400 days to find the money, the sculptor and the team to raise the first state of the first woman to take her seat in the UK parliament. And we did it. A city rose; female parliamentarians rose; relatives of those first voters rose. And the donations flooded in.

But alongside the collective spirit was jeopardy and, still now, uncertainty. We are almost there, but we’re not over the line yet. The statue has been cast – our maid is made! – but we still need more cash for long-term maintenance and a legacy.

The project launched on 2 November 2018 with the backing of then Prime Minister Theresa May and a battalion of iconic female parliamentarians from both houses. We couldn’t have had a better beginning.

But even a Rolls Royce can falter when it starts for the first time. We sputtered a bit, but on December 3rd 2018, Plymouth Women in Business took over the project and stamped the accelerator to the floor.

Support flooded in. And as Nancy had done, I called on the women of Plymouth for help. They came in their droves and the magic of the collective began.

On December 13th 2018, I stood outside No 10 Downing Street having received an extraordinary boost from the remarkable team within who believed that what we were trying to do was possible.

By now I was holding on to a juggernaut of history’s re-making: posting 1,500 new words a day across 15 social media channels, updating the terrestrial media, battling online trolls while welcoming a growing mass of supporters. 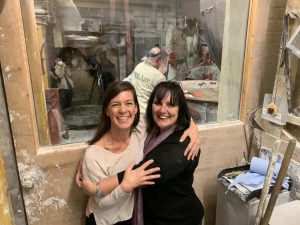 Dr Jacqui Turner, the UK’s leading Astor Scholar at the University of Reading, has been my steady-handed mentor. She will remember the moment when at short notice, we searched for a London venue to launch our Crowdfunder appeal. I phoned the ‘In and Out Club’ – Lady Astor’s former London home – to see if they could help.

“We haven’t any availability until 2020,” they said at first. But then after checking the diary there came the fated response: “apart from a one hour slot on 28th November – would that do?”. Do? Of course it would do.

So, on 28th November, 2018, 99 years to the day since Nancy Astor was announced as Plymouth’s MP, we launched our London fund-raising appeal in her former bedroom.

The Nancy Astor Statue Appeal has touched people around the world. We have had letters, cards, cheques and memories flooding in.

Voters who remembered her contacted us. Roma Williams, aged 92 and a member of her election team, joined us in her first revisit to 3 Elliot Terrace since the 1940s. And 86-year-old Veronica Norman, one of the orphan children bussed to safety in North Devon during the blitz, a rescue arranged by Nancy, sent us her pension money. 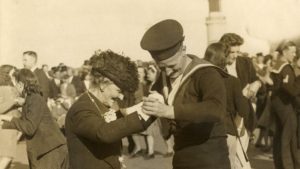 As part of this project the people of Plymouth have embraced their past and did what their grandmothers and grandfathers, great uncles and aunts did 100 years ago: made history.

The fight for equality

Putting the first woman into Parliament was a long and dangerous battle. Women had fought and died for the right to vote and the prize for all was to see the first female MP on those green benches.

Nobody expected it to be Plymouth that pulled it off – that proud military city so far from the capital, sometimes thought of as at the ‘end of the line’. But being remote is an advantage when you are stepping off a map to draw your own. They sent a woman into Parliament who left the door wide open for every woman who came after her. She was a pioneer and her legacy inspires new generations today.

I hope that as she walked into the House of Commons on 1st December 1919 through the hostile jeers and the dreadful confetti of torn up pieces of paper thrown at her that she wasn’t listening to the unwelcoming voices of male MPs, but rather in her head, heard the clamour of the west country men and women who put her there, those she represented, shouting: “Go-on Nancy, geddon our Maid!” 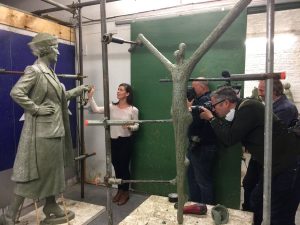 The cost of a legacy

Nancy is made. She is bronzed. We have a statue. But we also still need to raise money to pay for long-term maintenance and to leave a legacy project for young women in Plymouth to go into politics.

Our city is the only city in the UK to have had a female MP for almost the whole of the last century:  95 years and 9 months to be precise. Conservatives, Labour, leaders, women.

Help us to find the extra funding we need. Help us to leave a legacy: donate now and join us on Plymouth Hoe on 28th November 2019 to admire the statue that you helped to build and be part of a new piece of history. Thank you for your support.

Our Crowdfunder is still open, you can make your donation here.

Find out more about the statue project.