What will the project do?

The specific objectives of the project are:
1. To review, using micromorphology data, the state of archaeological remains within eleven medieval castle sites across Europe (Estonia, France, Latvia, Poland, Italy, Scotland, Spain and the Netherlands);
2. To showcase the scientific value of castle deposits to heritage management policy makers and castle museums through publications and workshop participation;
3. To highlight the potential threats to the buried archaeology based on geoarchaeological research by interpreting the formation processes of occupation deposits, understanding the different burial environments and the effects that these have on the preservation of sediments and materials.

Existing soil micromorphology data from the following castle sites across Europe, are used as case studies in this project in order to develop and drive pan-European heritage research and management strategies in conjunction with castle museum beneficiaries. The sites have varying levels of heritage protection; however, the scientific research at these sites has arisen as a result of both excavations ahead of development and rebuilding, and from research excavations and
makes an important contribution to our understanding of the social significance and development of these monuments.

Elbląg, Poland, and Karksi, Estonia are two important Teutonic Order castles in the Baltic region. Limited standing remains survive at these sites but both sites contained exceptionally well-preserved waterlogged occupation deposits dating to the period of active crusading in Prussia (AD 1230-1283) and Livonia (AD 1198-1290). The geoarchaeological research on these two castles was undertaken within the framework of the Ecology of Crusading research project.

Castle Keverberg, Kessel, the Netherlands, consisted of an original stone tower built in AD. 1100 and covered by a motte-and-bailey castle. Several subsequent additions were made to the castle and during WWII the castle was burned and destroyed. Excavations took place as part of the reconstruction of the castle by the municipality in 2015 giving insights to all parts of the protected monument.

There are micromorphology data from two castles in France, again with exceptional preservation of the stratigraphy and, like Kessel, the deposits are not waterlogged. Château de Caen, Normandy, was built in AD 1060. The excavations were part of a conservation programme and castle development launched by the City of Caen in 1998. The archaeological operation of 2005 took place ahead of the construction of a new exhibition hall. Château de Gien, Loire valley, is today a 15th century manor and hosts the National Museum of Hunting with the remains of an early (c. 9th -11th AD) Carolingian castra below. The refurbishment of the museum offered the opportunity to examine the exceptionally well-preserved, well-stratified and non-waterlogged occupation.

In Caen, Elbląg, Gien, and Kessel, excavations were done ahead of development. The two Italian case studies are Castelseprio (Varese), Lombardy, and Montegrotto, Veneto, and both were studied in order to assess the changes and the activities following the decay of the structures within the castles. Both sites were excavated between 2013-2015 as part of research by the Università di Padova, and have underlying Roman occupation. Castelseprio is an UNESCO world heritage site famous for its Byzantinesque frescoes and the excavations focus on the Monastery of Torba.

Our research so far

The above case studies are examples of sites where different heritage perspectives had to be balanced due to development and rebuilding. In the Dutch, Estonian, French, Italian and Polish examples, micromorphology was instrumental in discovering that buried deposits contained the remains of (probably wooden) buildings from a first construction phase, or in characterising the changing use, and, following decay, the re-use occupation of structures. The establishment of castles and hiatuses in their use or function are crucial phases in the history of these monuments.

This project will use the existing micromorphology data from these sites to showcase the details of these phases of occupation. This technique enables the occupation residues, the formation and alteration of the materials and stratigraphy to be examined at the microscopic scale. The micromorphology results will be shared with heritage professionals and castle museum partners to inform future research agendas and management policies. At Molina de Aragón, Spain, geoarchaeological samples were examined in 2016 as part of pilot work for the Landscapes of (Re)Conquest research project. These were collected in 2015 from exposed profiles created during previous excavations, which were conducted in 1986 and 2004 to support the architectural restoration but without a scientific focus on the medieval stratigraphy. These data will be compared with new samples, analysed as part of this project, collected in 2017 from the excavation of a structure within the outer ward of the castle. The occupation deposits were sealed by the collapse of tower, which resulted in exceptional preservation of ashes and other environmental remains.

As part of this project, new micromorphology samples will also be collected from excavations of two Teutonic Order castles in Latvia: Cesis and Riga. Both these excavations are being conducted as part of conservation and restoration works and will provide ideal opportunities to actively integrate micromorphology sampling with the conservation works to address the aims of this project based upon existing data reviewing previous analyses. New samples from Dunyvaig castle, Isle of Islay, Scotland, Boves, France, and Castelseprio, Italy are also being prepared and examined. The samples from Dunyvaig were collected from a small evaluation excavation by Islay Heritage Trust of the 14th – 17th century occupation. The samples were collected from archaeology that relates to the abandonment and post-abandonment re-use of the castle, which are important phases in their history to understand in order to inform any conservation and restoration plans for the monument. Samples from Boves were collected from well-preserved floors and a large hearth in a 9-10th century building. Further samples have been collected during excavations of the Monastery of Torba, Castelseprio in 2018 by the Università di Padova. 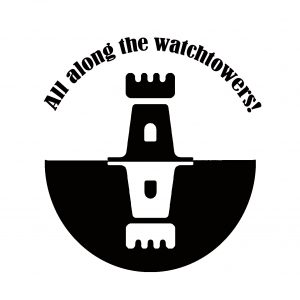