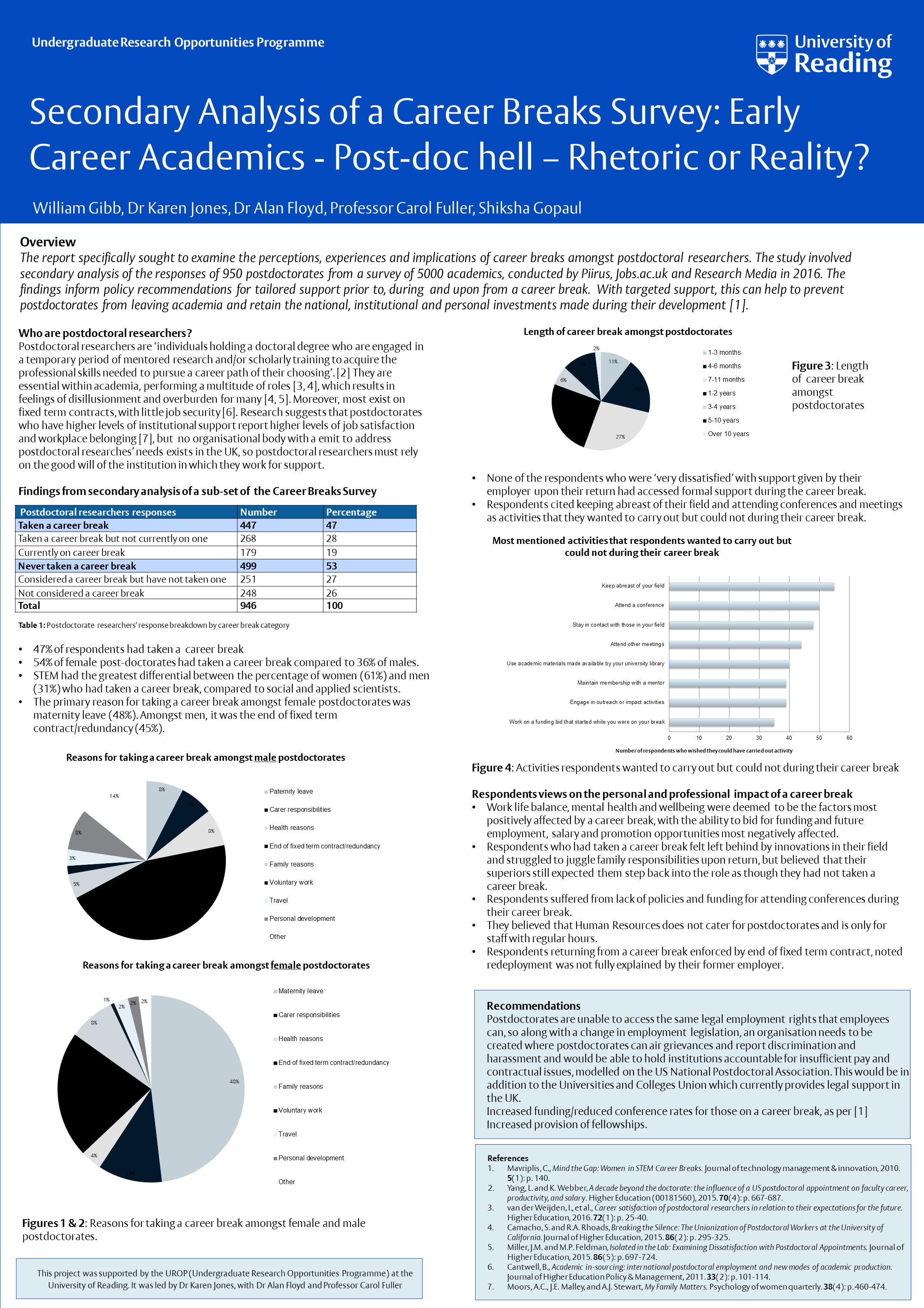 Supervised by Dr. Jones, Professor Carol Fuller and Dr. Alan Floyd at the IOE, the students worked on two projects developed by Dr. Jones. The projects involved secondary analysis of survey data drawn from a global online survey on academic career breaks, which was conducted by piirus.ac.uk, jobs.ac.uk and Research Media with over 5,000 academics around the world in 2016.

In the first project, the students contributed to an in-depth analysis of responses from 555 female academics who had taken a career break due to maternity leave. The findings reveal discriminatory practices by higher education institutions and behaviours by staff, poorly communicated institutional policies and patchy support for women prior to taking a career break and upon return to employment. 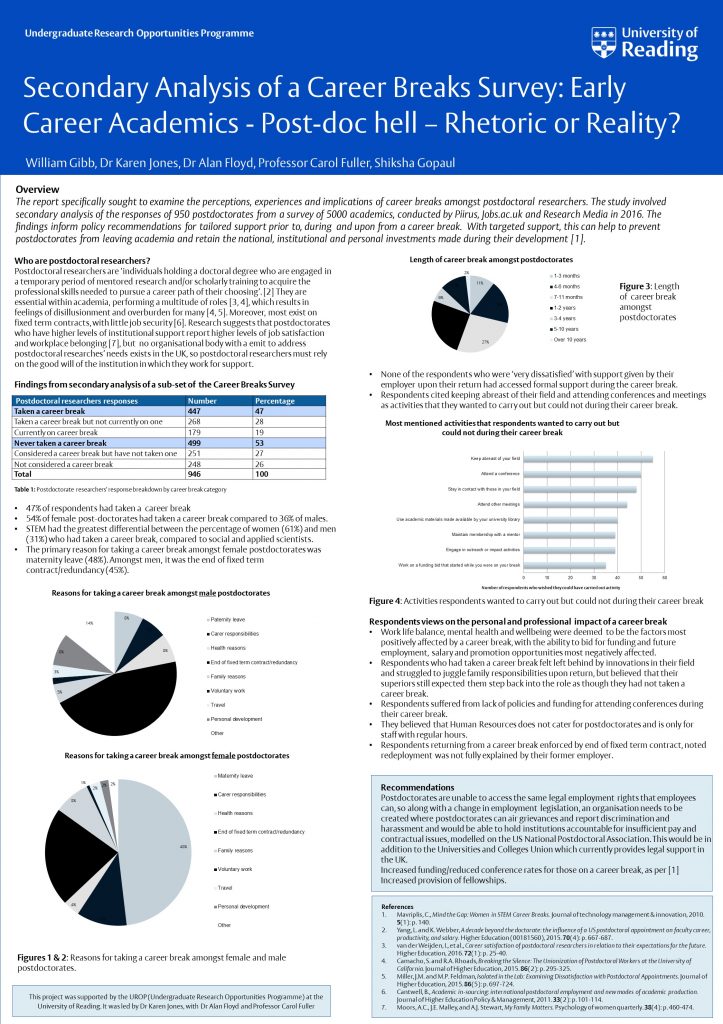 The findings from these projects will be published shortly and are likely to be an important point of reference for Human Resources within higher education institutions.

Commenting on his experience of working on the UROP project, William Gibb said: “I greatly enjoyed my UROP and highly recommend this wonderful opportunity. The placement enabled me to acquire new areas of competence which were absolutely invaluable when completing the third year of my BSc especially with regard to reviewing literature, data analysis and report writing. This opportunity also allowed me to gain further experience of integrating theory into practice and for developing the essential research, analytical and critical thinking skills that are highly sought after in the professional jobs market and are proving crucial for my MSc. I would very much like to thank Dr. Karen Jones, Dr. Carol Fuller and Dr. Alan Floyd of the Institute of Education and the UROP Programme for providing me with the opportunity of working in such an inspiring, collaborative and supportive research environment.”