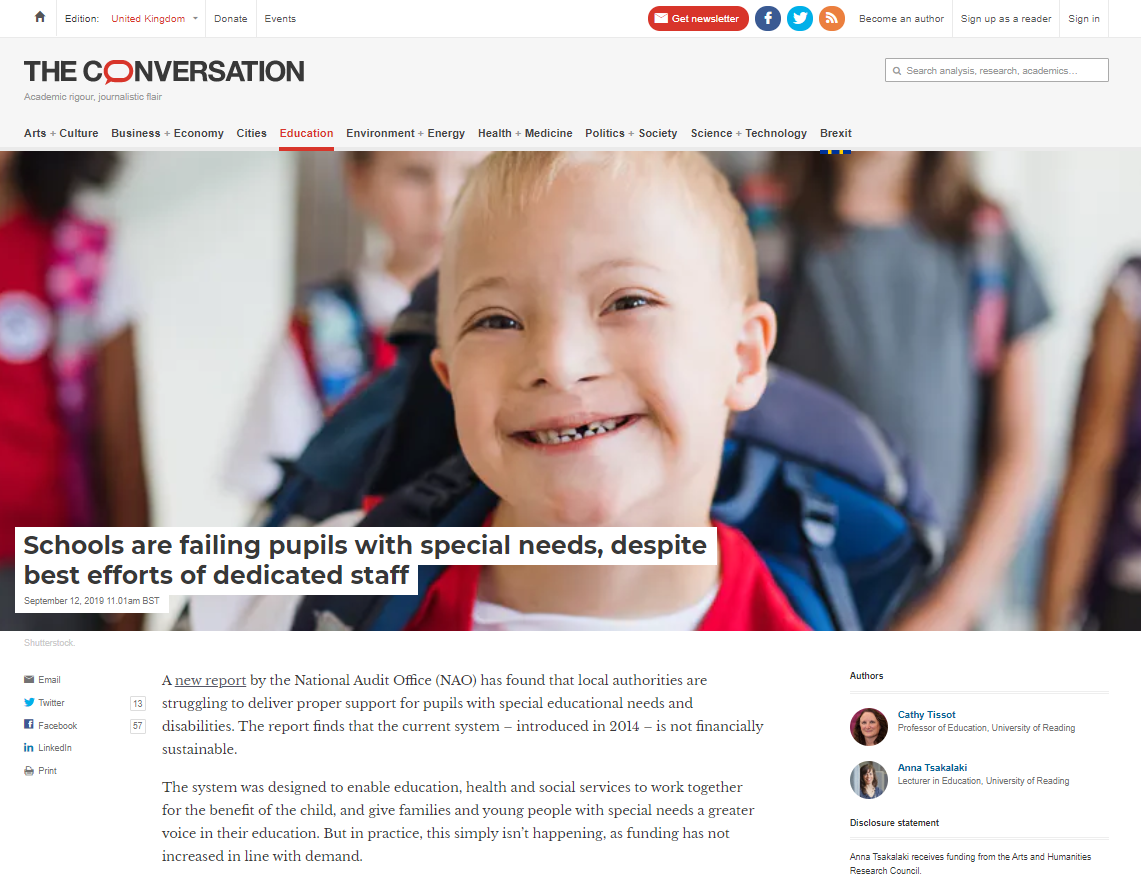 An article titled ‘Schools are failing pupils with special needs, despite best efforts of dedicated staff’ by Prof. Cathy Tissot (Professor of Education and Special Needs) and Dr. Anna Tsakalaki (Lecturer in Education) is published on The Conversation website, a not-for-profit media outlet that uses content sourced from academics and researchers. 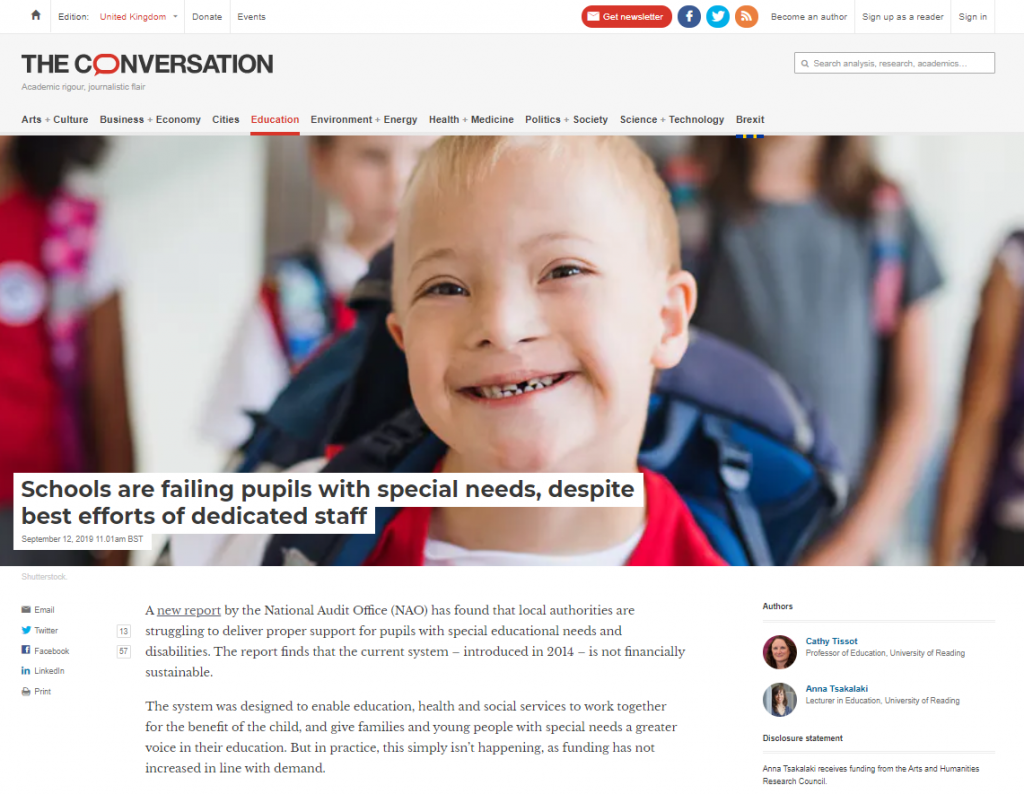 Drawing from their research expertise in the special learning needs, specifically Autism Spectrum Disorder and Dyslexia (SpLD) in different languages, their article comments on a new report by the National Audit Office (NAO) which has found that local authorities are struggling to deliver proper support for pupils with special educational needs and disabilities. The report finds that the current system – introduced in 2014 – is not financially sustainable.

Specifically, in their article, Prof. Tissot and Dr. Tsakalaki comment that the recent NAO report shows that the gradual increase in numbers of students requiring SEND support has not been followed by an equivalent raise of financial support for the schools to be able to provide what their students need (according to their Education, Health and Care plans). This reflects anecdotal evidence from students enrolled on our Special Educational Needs Coordinator (SENCo) course that they lack access to local authority experts or are limited in the resources they can invest in. The NAO report also highlights the issue of high exclusion rates in the population with SEND as well as an increase in pupils with SEND going to independent special schools instead of mainstream or local authority special schools, despite higher rating of the latter by OFSTED. The article concludes that the aspirations of the 2014 reforms (Code of Practice for SEND, 2014) have not been realised and that the government’s guidance needs to be better aligned with evidence-informed teaching and support practices.

The article can be accessed free of charge here.