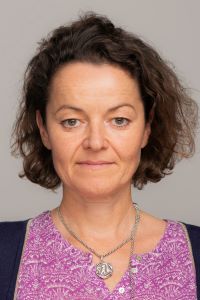 Dr. Daisy Powell (Associate Professor in the Psychology of Written Language, University of Reading) was recently involved in a project to follow up children who had previously taken part in a randomised controlled trial study called the Early-years Provision In Children’s Centres (EPICC) trial (Murray et al., 2023) to determine whether a dialogic book sharing intervention for parents of children aged two to three years in Children’s Centres in Reading, UK, was associated with better child developmental outcomes and parenting.

The original EPICC trial indicated positive effects of the intervention for parenting, and also for children’s language and attention, particularly for those children whose parents were highly engaged with the intervention (Murray et al., 2023). The aim of this follow-up study was to see whether this intervention, delivered around two years earlier, would have an impact on children’s progress in their first year of primary school.

The children were assessed in two waves, the first involving the older children from the original trial, and the second involving the younger children, who started school a year later.  Unfortunately, the COVID-19 pandemic hit in the middle of the project, between the two waves of assessments, and largely as a result of this we were able to follow up fewer Wave 2 than Wave 1 children (48% vs 81%, respectively of the original sample) providing a final sample of 127 children in this follow-up.  We assessed children’s early literacy, reading motivation, language, school adjustment, socio-emotional development and Early Years attainment, as well as the home literacy environment (i.e., the range of literacy-related activities engaged in at home). Assessments were carried out in school for Wave 1. Because of the pandemic, all assessments were successfully moved online for Wave 2.

Analysis of follow-up data revealed that there were no significant differences between the intervention and control groups in the key outcome measures, but this should be interpreted in light of the fact that at baseline (before the dialogic book sharing intervention as part of the EPICC trial), the control group actually recorded much higher vocabulary scores that controls. The fact that the children in the intervention group now performed as well as children in the control group gave some indication of a catch-up effect associated with the book sharing intervention. The study also revealed some concerning implications of the COVID-19 pandemic: children in Wave 2 showed lower performance on early reading measures, increased screen time, and reduced school adjustment than children in Wave 1 who were assessed before the pandemic. Finally, it was notable that the measure of vocabulary taken at the start of the initial EPICC trial, when children were aged between two and three years, continued to be a strong predictor of child outcomes after two terms of formal schooling. This underscores the importance of research aimed at improving language skills in early childhood. 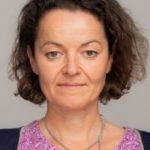