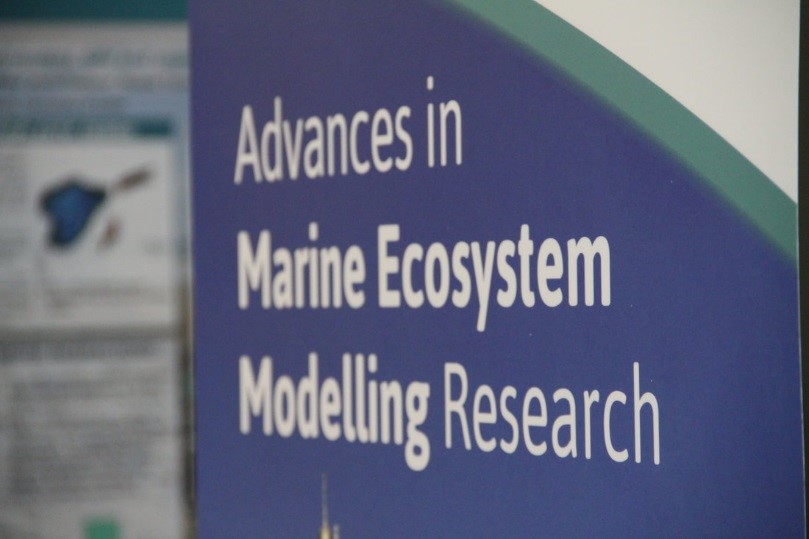 Prima attended AMEMR in Plymouth, July 2017. She gave a poster presentation titled ‘Exploring Structural Sensitivity in a Marine Biogeochemical Model’. She also attended the short course on running and playing with ERSEM.

Abstract:
Marine biogeochemical models have been used to study the seasonal cycles of phytoplankton and the dynamics of the marine ecosystem. One of the sources of uncertainties is how the biogeochemical processes are modelled and parameterised. Earlier studies have shown that a slight change in model structure and parameterisatio may lead to a major change in system dynamics, a phenomenon called structural sensitivity. We investigate how biogeochemical models are sensitive to the choice of functional forms and the range of plausible predictions on phytoplankton phenology and associated ecological indicators by simulating the ensemble of MEDUSA, the ocean biogeochemical component in the UK the Earth system model (UKESM). Each ensemble member is embedded with a different combination of functional forms, which describe key plankton processes, such as nutrient uptake, zooplankton grazing, and plankton mortalities. Phytoplankton phenology and other ecological indicators were computed from the model variants and compared with those derived from the satellite and in-situ observed products from six different oceanographic stations. We have reported on how different model combinations may affect the output of marine biogeochemical model in different regions.