The heliospheric magnetic field (HMF) varies over all observed timescales, from millennia (top), though decades/centuries (middle) to days/hours (bottom). In this study we used sunspot records to reconstruct the global solar wind and heliospheric magnetic field for the first time. We find that during the Maunder minimum, a period of anonymously low sunspot numbers from AD 1650 to 1715, the solar wind speed was approximately half its modern value, with a similar drop in HMF intensity. This is likely to have led to a much larger terrestrial magnetosphere and a much reduced heliosphere. 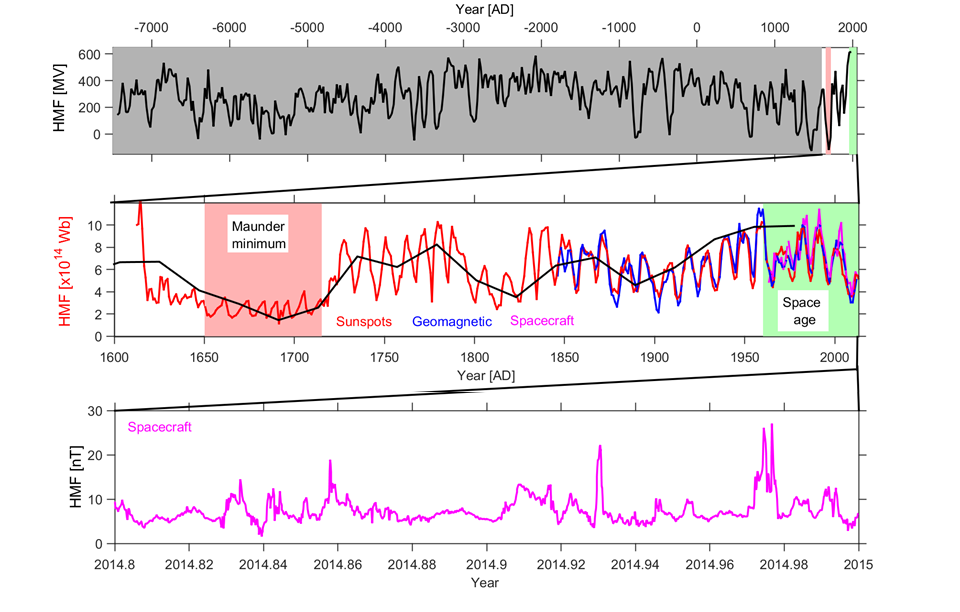