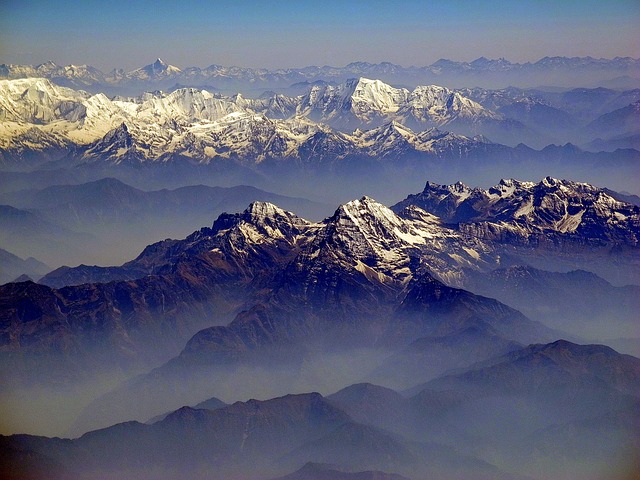 Even if we limit global warming to 1.5 degrees it will not be enough to prevent melting of the world’s third largest store of ice, in the Himalayas – and the effects of this would be catastrophic for us all, according to a new report. Dr Grady Walker from Reading’s Walker Institute explains more.

A recent report published by the International Centre for Integrated Mountain Development (ICIMOD), and reported in The Guardian, found that limiting global warming to 1.5C above pre-industrial levels, as suggested in the IPCC Special Report 1.5C, will not be enough to limit impacts in the Himalayan regions. The ICIMOD report is extremely important as it stresses the gravity of the crisis if immediate and meaningful actions are not taken.

This report suggests that capping warming at 1.5 degrees C is likely to result in the loss of an estimated 36% of glaciers in the region by 2100. This is because warming is amplified by elevation, therefore the Hindu Kush Himalaya (HKH) region will warm more rapidly compared to the global mean.

The HKH is incredibly complex, both ecologically and geopolitically, spanning seven countries. In the ambitious scenario in which global warming has been limited to 1.5C, the report has found that the HKH is projected to face a 2.1C increase in temperature. If we do not even achieve these emission targets and we surpass 1.5C, an estimated two thirds of glaciers in the region will be lost. As the glaciers begin to melt, this will directly affect the livelihoods of 1.65 billion people.

The HKH region covers 3,500km over eight countries, between Afghanistan and Myanmar. It is the third largest global store of ice and is often referred to as the ‘third pole’. Accelerated melting, as a result of climate change, will have a catastrophic effect on not only the lives of people in the immediate region but across the rest of the world.

The Walker Institute is one of the few affiliate members of the Himalayan University Consortium that is based outside of the HKH region aiming to develop joint collaborative programmes on the understanding of climate change and its impact on the fragile mountain ecosystems. We participate actively in several of the consortiums working groups to influence the research agenda to focus on the livelihood sustainability of people living in the region.

As part of this work, we are addressing the massive challenges posed by sustainable development within this region against a backdrop of global climate change.

Partnerships between research institutions are absolutely vital to address these problems. This collaborative approach is at the heart of the Walker Institute’s values.