Papal historian Professor Rebecca Rist reflects on the canonisation of John Henry Newman – writer, polemicist, musician and reader – and a man who was both traditional and progressive. 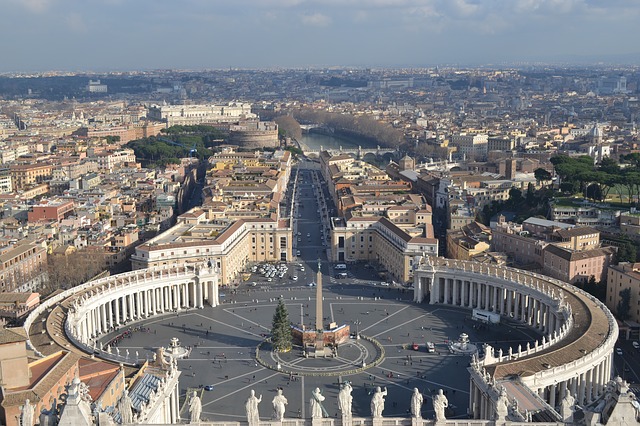 For someone to be declared a saint in the Catholic Church they usually need two miracles. These Newman now has – the cure of a man with a spinal disorder and the healing of a pregnant woman. The Vatican has accepted both miracles as genuine.

Newman’s canonisation will celebrate a complex and controversial person. A devout Christian, he was also an unlikely revolutionary. Throughout his life he was a prolific writer and polemicist, a musician (he played the violin), and a great reader.

His poem ‘The Dream of Gerontius’, set to music in 1900 by Edward Elgar, and his composition of hymns such as ‘Lead Kindly Light’ and ‘Praise to the Holiest in the Height’, reveal the depth of his literary and artistic abilities. One of his greatest achievements was the founding of the Catholic University of Ireland in 1854, an institution which would later become the University College Dublin we know today.

Newman was interested in the Christianity from an early age, converting to evangelical Calvinism while still at school. He began his career as an academic at the University of Oxford, and as a high church Anglican priest in the 1820s and 1830s founded the Oxford Movement which sought to bring aspects of Catholic belief and worship – lost since the Reformation – back to the Church of England.

Eventually he became convinced of the claims of apostolic tradition and universality of the Catholic faith and in 1845 converted to Catholicism. In 1846 he was ordained a Catholic priest in Rome.

The Catholic Emancipation Act had only been passed in 1829 and anti-Catholicism was still rife in Victorian England. Newman’s conversion caused a great scandal and he lost many friends and much of his former influence on British society.

Newman eventually settled in Edgbaston, Birmingham, where in 1849 he founded the Birmingham Oratory. In 1850 Pope Pius IX (1846-78) re-established the Catholic diocesan hierarchy in England. In 1852, following his exposure of various anti-Catholic polemicists as fraudulent, Newman was unjustly found guilty of libel in the notorious Achilli trial.

He engaged in passionate debate with the social reformer, author and historian, Charles Kingsley (author of among other works, the children’s classic, The Water Babies), and in his famous Apologia Pro Vita Sua set out in lucid and persuasive prose the reasons for his conversion to Catholicism.

Despite his devout and orthodox faith, and his criticisms of individualism and relativism, Newman was a progressive who rejected fundamentalism and believed in the development of doctrine and the prioritizing of informed conscience.  He was troubled by the decision of the First Vatican Council (1869-70) to define formally the doctrine of papal infallibility and made clear his views in his famous toast ‘To the pope if you please – still, to Conscience first, and to the Pope afterwards’.

Pius IX was suspicious of this progressivism, as was the archbishop of Westminster, Cardinal Manning, but in 1879 Pope Leo XIII (1878-1903) finally made him a cardinal. Liberal and Conservative politicians came to appreciate his pastoral compassion.

On his death, following his personal wishes, he was buried in the grave of his friend Ambrose St John; this has caused some historians to question his sexuality. Although he had taken a vow of celibacy early in life, he was a passionate character who enjoyed strong male and female friendships.

Newman was full of contradictions and surprises. At times a sensitive, introverted recluse; at others an intrepid traveller, a fearless polemicist and a tenacious political activist for social reform. He loved and hated in equal degree.

His ideas about the need to widen education, and not least to promote women’s education, evidenced in his work The Idea of a University, was revolutionary.

At a time when the Catholic Church is deeply divided between conservatives and liberals, Pope Francis will hope that the canonisation of a figure who was both traditional and progressive, can unite Catholics around another ‘man for all seasons’.

Professor Rebecca Rist is a Medieval and Papal Historian and Director of the Graduate Centre for Medieval Studies at the University of Reading. Her research interests include the history of crusading, Jewish-Christian relations, heresy, the papacy and the medieval Church.