Dr Ioannis Glinavos is a lecturer in the School of Law at the University of Reading. His interest lies in examining the market-state relationship and offering a critical view on the orthodoxies that surround us.

We are all aware of the troubles of the Eurozone, but as with all systemic economic events we are not always able to critically evaluate the proposed solutions. Eurozone’s problems stem from the fact that an economic project (European Monetary Union or EMU) was used as a carrier for a political project (European federalisation). At the time of the creation of the monetary union it was obvious that countries with significantly different economic capacities and at different stages of the economic cycle were bunched together. 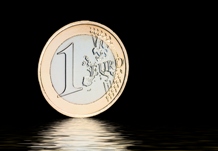 The Maastricht rules were meant to deal with this problem by encouraging convergence within strict criteria. This did not happen, and in addition there is a lot of evidence suggesting it was not even tried in earnest. Europe ended up therefore with a fair-weather monetary arrangement, lacking fiscal co-ordination. The consequence was every incentive to use the newly low interest rates to borrow for both states (Italy, Greece) and private actors (Spain, Ireland) and no incentive to be fiscally responsible. What happened next we all know, the problem is what to do about it now.

The situation points to Germany proposing the solution. The German government has two choices. One is to bite the bullet and accept that the Eurozone cannot survive without transfers of wealth from the rich to the poor. This can only be achieved effectively by allowing the European Central Bank (ECB) to act as a lender of last resort (akin to the Bank of England and the Federal Reserve). Another solution is to reduce Eurozone membership to countries on convergent fiscal and macroeconomic paths. This second option means that Greece, and perhaps not only Greece, will exit the Eurozone. The current situation of ineffective transfers from the ECB to national central banks via purchases of bonds in the secondary market is unsustainable and does not address the underlying problems.

However, Germany making its choice is not the end of the matter. A smaller Eurozone can be achieved with less legal and political problems within Germany, but with potentially destabilising consequences for the markets and the entire European banking system. A Eurozone with the full faith of the ECB behind the debts of all its member states however is a totally different proposition. Accepting ECB support will come with the price of fiscal supervision by Brussels and by extension Germany. The introduction of legally binding fiscal restraints supervised by Eurozone authorities (or EU authorities as the UK allows it) perhaps in the form of constitutionally embedded ‘debt-breaks’ means surrender of economic policy to something equivalent to a federal government. This is a crucial political issue for every citizen in a euro-member state.

When the choice is between poverty or domination, voters may opt for domination. It is possible to envisage the Greeks electing to have foreign functionaries peering behind the backs of local decision makers and approving each decision, considering the utter failure of the national political class. Is it as easy to imagine the Italians and the Spanish doing the same? Even if people accept the argument that economic meltdown is at the door, and that help comes with the price of outsourcing policy to external actors, one cannot accurately predict what citizens will choose if asked.

Should the choice be taken away from them? Is the survival of the market more important than the survival of democratic political process? We live in an era where economic orthodoxy time and time again trumps democratic choice. This is rationalised in a number of ways and so far the public (even in this country when faced with austerity) has acquiesced. The point however is that there is a level beyond which economic policy determined outside the political process is perceived to be illegitimate. When a significant portion of the population feels ignored, then there is real danger of civil unrest. What do we choose therefore? To do what appears economically prudent (if the Germans propose it) or to do what is politically legitimate? Does the political class in Europe dare ask the people?