For a few short hours earlier this month, Eritrean and Sudanese asylum seekers were not labelled by the Israeli government as ‘infiltrators’, but as ‘protected populations’. Dr Ruvi Ziegler explains more in a new post for The Conversation. 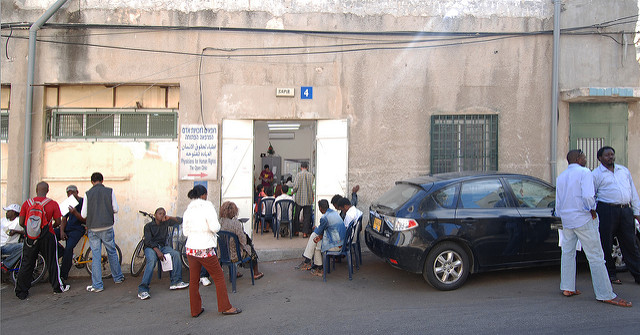 For 35,000 Eritrean and Sudanese asylum seekers living in Israel, Passover in 2018 was an inverse journey of redemption.

The Israeli government had announced plans in January to indefinitely detain or forcibly “relocate” thousands of Eritrean and Sudanese asylum seekers to undisclosed third countries in Sub-Saharan Africa – should they refuse to leave voluntarily by March 31. They were each to receive a lump sum payment of US$3,500. But following a legal challenge mid-March the Israeli Supreme Court issued a temporary injunction preventing forced deportation, pending the state’s response.

On April 2, days before the state’s response was due, a bombshell dropped: the forced deportations were called off. The state had instead reached an agreement with UNHCR, the UN Refugee Agency.

According to the agreement, rather than face a choice between deportation to a “third state” and indefinite detention, at least 16,250 Eritrean and Sudanese were to be resettled with UNHCR’s assistance in “Western countries” under “various programmes, including sponsorship, resettlement, family reunion and labour migration schemes”. For those remaining in Israel, temporary residence, for five years, coupled with vocational training and a new right to work was to be substituted for their “infiltrator” status. A new agency, tasked with the “rehabilitation” of southern Tel Aviv, where the largest number of asylum seekers currently live, was to be set up, and asylum seekers were to be dispersed throughout the state.

In a press conference, the Israeli prime minister, Benjamin Netanyahu, implied that the forced deportation plan fell through because the “third country” to which asylum seekers were to be deported – which he now openly admitted was Rwanda – had backed out. This pronouncement set the scene for his volte face, five hours later, when he then announced the suspension of the agreement with UNHCR, followed by its cancellation the next day.

Read the rest of this post on The Conversation, where it was originally published on April 9, 2018.

Ruvi Ziegler is Associate Professor in International Refugee Law at the University of Reading.