“Putting biodiversity on a path to recovery is a defining challenge of this decade.” So begins the Kunming Declaration on biodiversity, adopted at the 15th UN biodiversity conference on October 13 2021, otherwise known as COP15.

The purpose of the online gathering was to get governments from around the world to agree a new set of goals for nature over the next decade, replacing the unsuccessful Aichi targets which ran up to 2020. This online event will be followed by an in-person one in Geneva in January 2022, and negotiations will formally end in April 2022 in Kunming, China, where the world will agree a post-2020 global biodiversity framework with targets for the next decade. 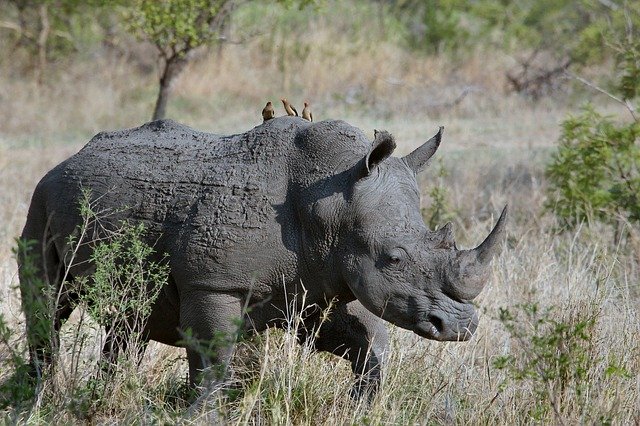 Most countries (196 in total, with the US being one notable exception) help fund the Convention on Biological Diversity, a set of agreements designed to protect the variety of life on Earth, from genes and species all the way up to entire ecosystems. Scientists are confident that this biodiversity is now in severe decline, with a report in 2019 estimating that one million of the nearly nine million species on Earth could go extinct this century.

Global crises are often discussed independently. There’s the biodiversity crisis, the climate crisis and the air pollution crisis. But in truth, these issues are all interlinked. Treating them as separate overlooks their combined effect on species and, ultimately, humanity. It’s increasingly urgent to set ambitious targets for addressing biodiversity decline, alongside other issues, and to develop credible plans for meeting them.

The world missed a target to curb the rate of biodiversity loss by 2010 and then set 20 targets for 2020. Although there has been some progress (for example, in increasing the extent of protected areas to 17% of the world’s land and 10% of the ocean) most of the 20 targets were not met.

This is because countries have failed to address the drivers of biodiversity loss, which include the proliferation of harmful chemicals and demand for energy and resources that outstrips renewable supplies. One consequence of this is the destruction of tropical forests to grow palm oil and soya, which is used in many different products.

These systemic challenges demand transforming economies, regulatory systems and the way some people live – from how we travel to the food we eat – particularly in rich countries like the UK. Here’s how leaders at COP15 tried to make progress on this complex problem.

The convention once expected national governments to implement reforms to meet global targets. But countries have struggled to address problems which transcend borders, such as invasive species and pollution in the atmosphere and ocean. Planning within countries to meet these global targets has depended on working with civil society groups, businesses and local government, which is often difficult.

In an effort to address these problems, governments have consulted with leaders in business and finance, as well as indigenous peoples, youth and women’s groups, at COP15.

Countries spent three to four years following the 2010 conference developing national strategies to meet their targets, with not enough time to actually implement them before the 2020 milestone. Now, 192 countries have national biodiversity strategies and action plans in place, and that should allow them to hit the ground running.

President Xi Jinping of China announced a new Kunming biodiversity fund of 1.5 billion yuan (US$233 million) to support projects for protecting biodiversity in developing countries, while Japan extended its own biodiversity fund by 1.8 billion yen (US$17 million). There have been other pledges, including that of the European Commission which plans to double funding for biodiversity.

These are relatively small amounts compared to funds coordinated by the United Nations Development Programme, which has a US$3.2 billion (£2.3 billion) portfolio in 138 countries, invested in managing invasive species, combating poaching, restoring coral reefs and maintaining protected areas. In September 2021, nine philanthropic organisations pledged $US5 billion to protect nature. Another major funding boost could come from diverting subsidies which currently harm biodiversity, such as those supporting intensive food production and fossil fuel extraction (estimated to be worth more than $US5 billion a year) to renewable energy and nature-friendly farming.

The conference organisers urged countries to integrate biodiversity restoration into all sectors of their economies by, for example, developing farming and forestry policies which restore, rather than degrade, nature. Encouragingly, a coalition of financial institutions with assets equivalent to US$13.9 trillion committed to protecting and restoring biodiversity through their investments at the conference.

Protecting biodiversity will be a big part of the COP26 climate negotiations in Glasgow. It’s important that both climate change and biodiversity loss are treated as two connected problems. That’s because action on climate change can actually damage biodiversity. Growing bioenergy crops or managing forests with the single aim of sequestering carbon can mean replacing biodiverse habitats.

Alternatively, nature based solutions like rewetting peatlands (by raising the water table) to absorb carbon and protecting coastal habitats to reduce flooding can also restore biodiversity. President Macron of France and Prince Charles from the UK proposed devoting 30% of the climate funds that will be leveraged from countries and businesses through the COP26 negotiations to contribute directly to restoring biodiversity.

National leaders are more informed of the solutions than ever before. But do they have the political courage to make the necessary changes?

Tom Oliver is a Professor  in the Department of Ecology and Evolutionary Biology.