The shared experience of poring over the pictures in a book with a child can feel like a luxury for many parents and carers as they juggle the responsibilities of parenthood. But the value of these early interactions cannot be overestimated. Professors Lynne Murray and Peter Cooper have worked with parents and children in low- and middle-income countries for more than 20 years to assess the impact of early parenting interventions on child development. Here they tell us how a simple, inexpensive intervention to promote sensitive book-sharing can help child development and support the largest group of potential educators – parents. 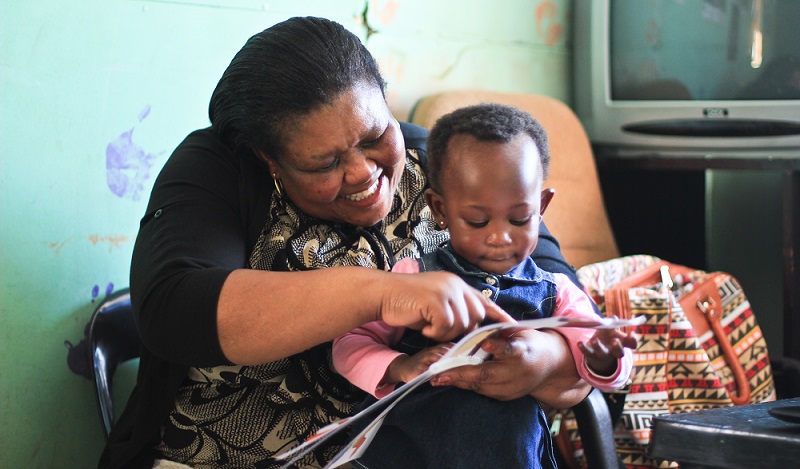 Through our research with South African communities, we have found that training parents in book-sharing techniques helps children’s language development and attention span. And these benefits are explained by improvements in the quality of the carer-infant interactions.

In a randomized controlled trial in Khayelitsha, South Africa, we assessed groups of carers of 14-16 month old children who either had book-sharing training, or were on a waiting list and therefore did not receive training during the trial. We measured the children’s cognitive development and carer-infant interactions before the training and at follow-up assessments.

Carers who received the training showed significant improvements in book-sharing interactions, such as elaborating on the topic of the child’s interest and encouraging child involvement. The children in the intervention group showed marked improvements in their language and attention, and they also demonstrated more empathy and social understanding. 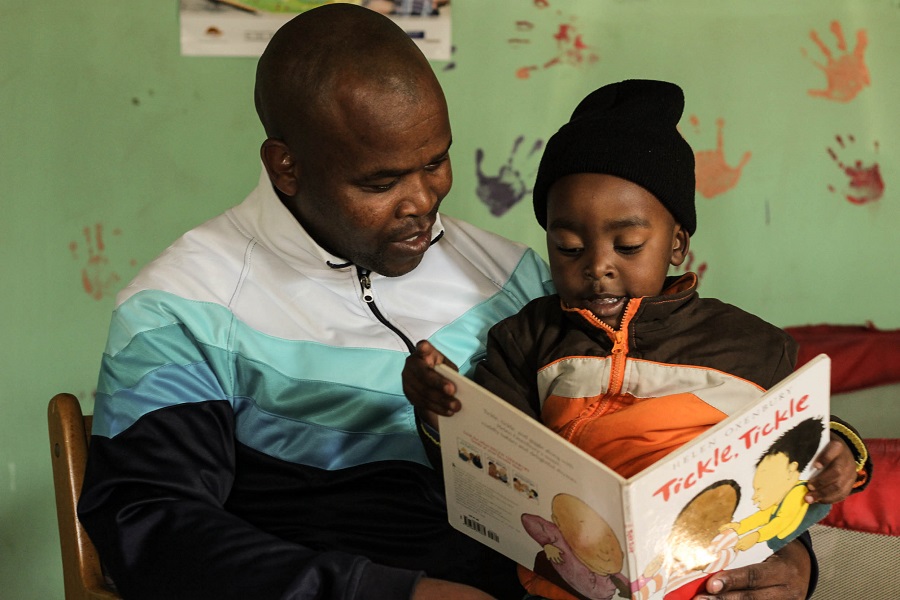 This research clearly showed that training in book-sharing benefits infant cognitive development, and shows promise for improving infants’ social and emotional growth. It is simple and inexpensive, and appropriate for low- and middle-income settings.

We are now working with local partners in South Africa and other middle-income countries, to reach out to hundreds of thousands of children through a series of training programmes that we have developed for parents and carers, including crèche workers. We’ve developed a set of dedicated resources, including a series of films, to train carers and educators in specific techniques to support book sharing. These are being rolled-out by an organisation we established called the Mikhulu Trust.

The Mikhulu Trust bridges the gap between non-profit organisations working with families in their own communities, and cutting-edge research into early child development from the University of Reading and Stellenbosch University in South Africa.

The programme has been included in the World Health Organisation’s Parenting for Lifelong Health initiative, of which the Mikhulu Trust is a key implementing partner.

The trust trains and supports organisations that work with parents and early childhood development centres and crèches to deliver our programmes. Our implementing partners include grassroots organisations, multinational charities, and local government. To date, the bulk of the trust’s work has been conducted in Southern Africa, but our programmes have recently been adopted in Italy, Sicily and Brazil.

Peter Cooper, FBA, is a Professor in the School of Psychology & Clinical Language Sciences at the University of Reading and co-Director of the Mikhulu Trust in the UK. His research focuses on the evaluation of interventions to improve parenting and child development.

Lynne Murray, FBA, is a Professor in the School of Psychology & Clinical Language Sciences at the University of Reading and a Co-Director of the Mikhulu Trust. Her research focuses on the impact adversity on parenting and child development.