Unrest has broken out in Zimbabwe after fuel prices were doubled overnight, leaving many people unable to even afford the commute to work. Dr Heike Schmidt says this is business as usual for a government which, despite having a new leader, remains largely unchanged since the Mugabe era. 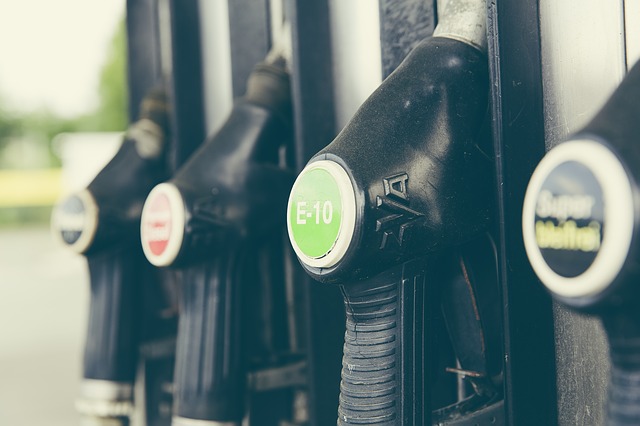 When Robert Mugabe resigned from office in November 2017, replaced by his former deputy Emmerson Mnangagwa, the new president declared that “Zimbabwe is open for business.”

That motto carried him through the highly contested mid-2018 elections – apparently a new dawn for Zimbabwe. This was celebrated by African dignitaries from South Africa’s President Cyril Ramaphosa to Rwanda’s Paul Kagame, and western governments, including Britain’s, warmly welcoming Mnangagwa and his government.

Then things appeared to change. The country witnessed mass protests in mid-January in the two main cities, Harare and Bulawayo. The protests were in response to economic – and for many existential – suffering, and were triggered by a fuel price increase to US $ 3.31 per liter, the highest in the world. The fuel price hike left urban commuters stranded, no longer able to even afford the bus commute to work.

The government responded with police, riot police, and army deployment. According to human rights observers at least 12 protesters were killed and gunshot injuries are in the hundreds. The army and riot police has pursued protesters in door to door searches, torturing civilians, including carrying out large-scale rape, and refugees are streaming across the borders, seeking safety from their own government.

Meanwhile, amidst the ongoing violence, South Africa’s President Ramaphosa, that country’s post-Mandela hope for change, asked for the international sanctions against Zimbabwe to be lifted.

What appeared to be a surprise, the hope of a regime change with a new president who declared the country open for business, was a surprise only for outside observers.

The mass protests indeed were new and exciting in that there had been none since zhii, the urban anti-colonial riots in the 1950s. However, the government response is business as usual. President Emmerson Mnangagwa was Minister of State Security in the early 1980s when the government carried out mass killings in the south of the country that led to the death of up to 20,000 people who were suspected to oppose the ruling party.

The president has maintained that he was not involved and that he has no responsibility for this episode of state-sponsored violence. The government’s willingness to use violence against its own civilian population did not end there. Rather, it continued, including election intimidation from the year 2000, and became visible to the global public again when in response to opposition protests Mnangagwa deployed soldiers who killed at least six people in the capital city following the mid-2018 elections.

The regime change with Mugabe stepping down still leaves the same party in power since independence – for almost 39 years. There is something new the nation witnessed though. That is that the leaders of the military intervention, regarded by many as a coup, that brought Mnangagwa to power in November 2017, were rewarded by joining the government. Otherwise, the party, its structure, and its approach to opposition have very much stayed the same.

Robert Mugabe had declared a Third Chimurenga (liberation war) in 2000 –  this time liberation from the postcolonial remnants of imperialism. That led to land alienation of white-owned farms and ranches and to leaving the Commonwealth. It entailed strong rhetoric against the former colonial power Britain, followed by the economic collapse that peaked in hyper inflation in 2008 and brought the country, economically, to its knees.

Mnangagwa in contrast is seeking rapprochement and – more than anything – investors. It was no coincidence that he was wooing Russian President Putin in Moscow and other world leaders at the World Economic Forum in Davos when he declared the radical fuel price increase that triggered the protests and forced him to cut his travels short.

Some reports from Zimbabwe have emphasised that increasingly Zimbabweans are saying ‘It was better under Mugabe. Then we had food and petrol.’

Such comments possibly make sense when remembering that the first significant economic crisis that Zimbabwe experienced after its independence was the 1991/1992 drought. There were food shortages and the government even ran out of foreign exchange to a point where there was no ink to print passports for a few months. Often one could hear people saying ‘It was better under Smith. At least we had bread.’

The claim to a past of plenty is understandable when the present and future prove to be continuous suffering. When 37 years of Mugabe rule came to an end the nation was on its feet celebrating. But that lasted for a short moment because most realised that the future was Business As Usual.

Heike Schmidt is Associate Professor in Modern African History at the University of Reading where she specialises in nineteenth and twentieth century Southern and East Africa. She is currently writing a history of nation and nationalism in Zimbabwe from the 1950s to the 1990s. She has previously written posts for Connecting Research on Emmerson Mnangagwa’s election victory, the inevitability of ZANU-PF’s win and an opposition petition which sought to overturn the presidential election result.