The United Nations Framework Convention on Climate Change (UNFCCC) is the principal negotiating forum where countries agree ambitions for limiting greenhouse gas emissions; the aim is to avoid “dangerous human interference with the climate system”. 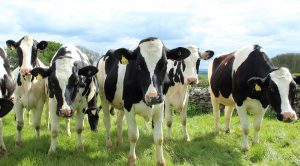 The UNFCCC meets annually at its “Conference of the Parties” (COPs). Sometimes COPs culminate in headline-grabbing agreements. COP3 led to the Kyoto Protocol in 1997; COP21 resulted in the Paris Agreement in 2015. More often, COPs focus on issues of implementation and preparing the way for future agreements. This year, COP23 (https://cop23.unfccc.int/) is being held in Bonn, Germany (6 – 17 November) and is focusing on implementing the Paris Agreement.

The Climate Conferences include extensive “Official Side Events” aimed at informing discussions. At COP23, the University of Reading, together with  the University of Oxford, Victoria University of Wellington and  the Norwegian institute CICERO are hosting a Side Event (http://cicero.uio.no/en/posts/news/aligning-policy-and-science-in-global-stocktakes), presenting the latest science on an issue of high importance in negotiations. The event will be introduced by the Botswanan Minister for the Environment, the Honourable Mr Tshekedi Khama. I will be presenting one of the three science presentations.

Human activity leads not only to emissions of carbon dioxide (CO2 – from burning coal, oil and gas, and land use changes), but also other gases, notably methane which forms a major part of emissions from countries with large agricultural sectors. Like CO2, methane is a powerful greenhouse gas. But there is a difference. CO2 is a persistent gas; a significant proportion of emissions effectively remain in the atmosphere for centuries. By contrast methane is relatively short-lived; chemical reactions remove most of it within a few decades.

Kyoto puts greenhouse gases together into a so-called “basket” which allows countries to choose which gases to target (for example, it may be cheaper for them to reduce emissions of one particular gas); while Paris is more complex, many countries continue to use the basket approach.

A crucial aspect of such baskets is that a method is needed to compare the climate effect of emissions of, say, methane with emissions of CO2 – in essence, they need exchange rates for each gas (these are called “emission metrics”). With colleagues in Reading and beyond, I have been working on this issue for many years. Some aspects of their development require purely scientific information (e.g. the infrared absorbing power of each gas); others require policymaker decisions (e.g. are we more concerned about climate change on timescales of 20 or 100 years?). There is no single ideal metric to do the job; Kyoto chose one particular metric which gained widespread acceptance, despite acknowledged flaws.

What happens when emissions start to fall?

A major focus of our side event is newly emerging understanding about the way CO2 and methane emissions can be compared. When emissions of both CO­2­ and methane are rising, as they have been, the Kyoto metric did a reasonable job. But over coming decades, if climate agreements are successful, emissions are expected to plateau and start to fall. The Kyoto metric can be significantly misleading in such circumstances – it may lead to an incorrect perception of how methane emissions are changing climate and lead to policy choices that could be better. Our Side Event aims not only to highlight the issue, but to propose a new metric (it turns out that a “re-purposed” old metric, does a good job) which helps to avoid the problem.

Find out more
View the full impact case study on the REF 2021 website: Research supporting the use of climate emission metrics in policy making