Climate change is perhaps the most serious threat to life on this planet. According to a recent report by the Intergovernmental Panel on Climate Change (IPPC), climate change has already caused heatwave, drought and flood deaths across the world; contributed to the spread of potentially fatal diseases including cholera; and displaced people from their homes by putting already strained social and political systems under greater stress. 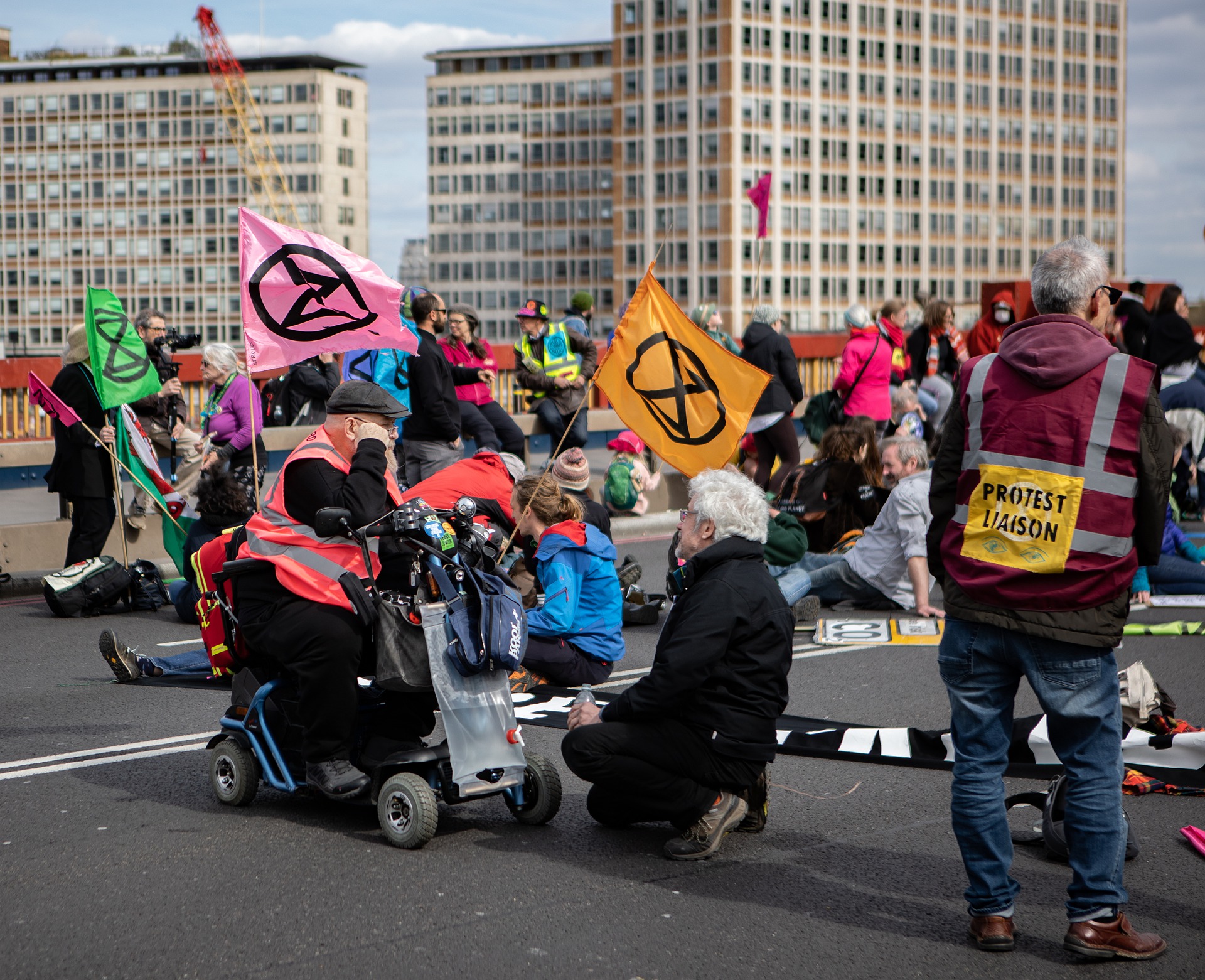 Yet, as severe as they already are, climate change’s effects will escalate significantly in the future. Global average temperature has increased by 1.1℃ since 1800, but current energy policies will lead to warming of between 2.5℃ and 2.9℃ by the end of this century.

It’s unsurprising, then, that many policymakers see climate change as a threat to national security, and more and more is being written on the relationship between climate change and conflict. What we find surprising, however, is that groups drawing attention to the risks climate change poses – and how governments are failing to address them – are also being considered security risks.

For instance, guidance from the British government’s anti-radicalisation scheme Prevent suggested that school and university students who have expressed interest in Extinction Rebellion (XR) should be referred to the scheme, along with those who expressed admiration for terrorist groups like Islamic State or the neo-Nazi organisation National Action.

In fact, the climate movement so far has been strikingly peaceful. The school climate strikes, for example, involved a series of peaceful mass demonstrations, with an estimated 1.7 million people taking part globally in 2019. XR also makes nonviolence central to its strategy, referring to influential research by political scientists Erica Chenoweth and Maria Stephan on the effectiveness of peaceful protest.

These two academics suggest that peaceful mass movements are more likely to achieve their goals than violent movements, partly because it’s much easier for them to recruit active supporters.

In particular, XR has focused on Chenoweth’s and Stephan’s claim that peaceful mass movements almost invariably succeed once 3.5% of the population become involved. Framing the climate movement as a security threat is thus out of step with its general, if sometimes strategic, commitment to pacifism.

Climate protest in the future, however, might not be so committed to nonviolence. In his provocatively titled book How to Blow Up a Pipeline, geographer Andreas Malm argues that the climate movement must diversify its tactics to encompass more confrontational forms of action, including sabotaging parts of the fossil fuel economy.

According to Malm, historical claims about the strategic merits of mass peaceful civil disobedience tend to downplay the significance of the broader political context in which it operates.

A closer look shows that peaceful protests hailed as producing political change tend to coincide with more direct and sometimes violent tactics fighting for the same outcome. This creates a contrast between a “reasonable” mainstream with a “radical” flank in a way that can be conducive to change.

For example, the civil rights protests during the 1950s and 1960s in the US deep south were extremely controversial at the time, partly due to the public disorder they caused. However, Martin Luther King Jr, their most prominent leader, was able to contrast his demands with those made by more radical figures. In his famous letter from a Birmingham jail, King suggested that negotiating with him was necessary to avoid confrontation with them.

This message about the importance of varying protest tactics seems to have found an audience among climate activists. At COP26 in Glasgow, as well as engaging in mass public protest, climate activists deflated the tires of SUVs across the city – a signature Malm tactic.

Some of the strategies Malm suggests – like blockading coal plants, disabling SUVs and tree-spiking (hammering rods into tree trunks to damage chainsaws and prevent logging) – don’t conform to ideas of civil disobedience as public, polite and peaceful. But perhaps they shouldn’t.

The same goes for other arguments for obeying the law. If the law is authoritative because it promotes social cooperation, then it loses at least some of its authority when it undermines cooperation by failing to prevent climate change – a phenomenon set to destabilise many of the institutions and infrastructure on which we depend. When the stakes are so high, damage to, or even destruction of, property can be seen by some to be legitimate.

Uncivil disobedience of the sort Malm suggests cannot be considered terrorism, or equivalent to it. Terrorism involves the threat of serious physical harm. Deflating the tyres of an SUV is not the same thing as setting it on fire.

As the world warms, climate activists may well turn towards directly disrupting and damaging fossil fuel infrastructure. If they do, they’ll be subject to legal sanctions – just as many civilly disobedient protesters already are.

It would still be far from appropriate to categorise climate activists as threats similar to, for example, the murderers of the MPs Jo Cox and Sir David Amiss. But some protestors may be running out of patience for peaceful means when it comes to the critical issue of climate change.