The UK, along with large parts of northern Europe, is in the grip of an unusually cold period of weather thanks to a flow of cold easterly winds from Siberia. On the morning of February 11, the village of Braemar in the Scottish Highlands recorded -23.0°C, the UK’s coldest temperature since 1995 and coldest February temperature since the 1950s.

The cold air outbreak has been dubbed “The Beast from the East Two”, the sequel to another extremely cold spell in late February-early March 2018 (although it should be noted that outbreaks of cold easterly winds have occurred more than twice, and indeed much more severely). 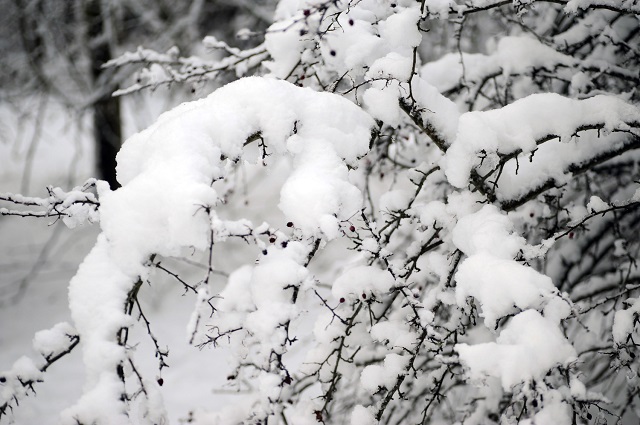 These two cold spells bookend a volatile four years of winter weather. In February 2019, the UK experienced a “winter heatwave” when the temperature reached 21.2°C at Kew Gardens in London. The following year saw the country’s wettest February in a record stretching back to 1862, with winter storms Ciara and Dennis producing some of the rainiest individual days on record.

Extreme cold, a heatwave, a deluge, and another cold snap: the succession of different extremes raises questions about climate variability and climate change.

Why the UK’s weather varies so much

Western Europe is at the mercy of the Atlantic jet stream – a band of westerly winds which steer powerful weather systems, flanked by cold air to its north and warmer air to its south. The jet stream is extremely variable and fluctuations in its strength and position are the main reason why the region can have such varied weather.

In both 2021 and 2018, the jet stream was unusually weak and shifted southward, allowing cold air to flood out of the Arctic. In early 2020, the jet stream was supercharged, keeping colder air locked up and instead pushing in mild, moisture-laden air and storm systems from the Atlantic. In 2019, it buckled northwards, allowing a dome of high pressure to develop over the UK under which the temperature skyrocketed.

These different patterns all fall within natural climate variability. The weakened jet stream in 2018 and this year, as well as the strengthened jet stream in 2020, are all linked to variability in the Arctic stratospheric polar vortex – effectively a vast low-pressure system around 30km above the surface, which fluctuates in strength from year to year.

But we do know that climate change is likely to make winters milder and wetter in the UK, largely because warmer air can hold much more water. This is supported by recent observations: the winters of 2013-14, 2015-16 and 2019-20 all rank in the top five wettest on record. Recent research has shown that climate change has also made exceptionally warm winter days – such the 20°C heatwave in February 2019 – around 300 times more likely, although they remain rare because the specific atmospheric configuration required is so unlikely.

So there is evidence to support climate change having amplified the extreme heat of 2019 and the rain of 2020. But what about cold weather and climate change? It is important to remember that extremely cold weather can still happen in a warming climate. If climate change is like loading a die, then rolling a one is still possible. Just because you roll a one every so often does not tell you that the die is not loaded. For that, you need to look at longer periods of time, to see if you are rolling more sixes and fewer ones.

The Central England Temperature (CET) is the world’s longest-running continuous instrumental temperature record, with data from 1659. It gives a clear indication of how even the coldest winters in recent times pale in comparison with those of the past. A winter with an average temperature below 2°C used to occur about once per decade. Central England has now not had a winter that cold since 1978-79 – a never-before-observed gap of four consecutive decades and counting.

Despite plenty of cold spells in the past few decades, no one under the age of 42 has lived through what could be considered a historically cold winter season in central England.

Thus, while weather extremes will continue to occur at both ends of the spectrum as part of a natural, jet stream-driven rollercoaster, the evidence supports the projections that warmer, wetter winter weather is winning.

Simon Lee is a postgraduate researcher in the Department of Meteorology.