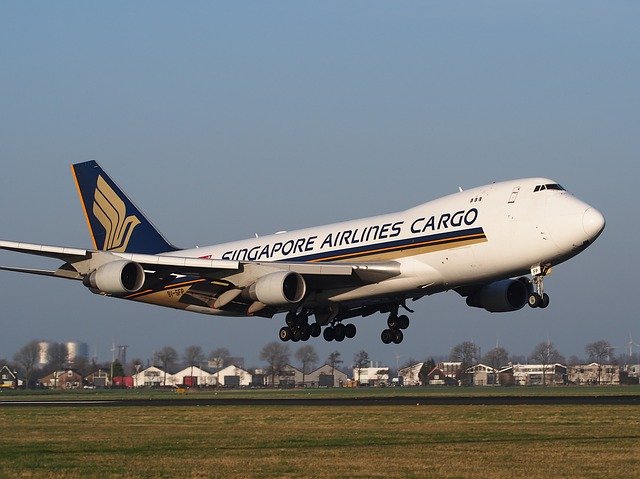 The connection between your next flight and climate change is likely clear in your head. More aeroplanes emitting greenhouse gases means more global warming. Simple enough, but there’s an opposite side that you probably hadn’t thought of.

As the local climates at airports around the world have changed in the past few decades, the conditions that pilots have relied on in order to take off safely have changed too. Our new research suggests that higher temperatures and weaker winds are making take-off more difficult. In the long run, this means that airlines are delivering fewer passengers and cargo for the same amount of fuel.

“Climate” essentially means the average weather conditions at any given place. Scientists know this is changing, but not uniformly. While global temperatures have risen by about 1°C on average, some places have warmed by much more already – and others may be getting cooler.

But climate change isn’t just about temperature – winds are slowing down and changing direction around the world too. This is a problem for airport runways that were built many years ago to align with the prevailing winds at the time.

Research has predicted that take-off distances will get longer as the climate warms. This is because higher temperatures reduce air density, which the wings and engines need to get airborne. With reduced headwinds, aeroplanes also need to generate more groundspeed just to get into the air. Once they’re up there, they’re subject to in-flight turbulence, which is getting worse due to climate change increasing the energy in jet stream winds.

More than 100,000 aircraft regularly take off and land around the world each day. The record so far is 202,157, on June 29 2018. How are all these changes likely to be affecting them? With colleagues in Britain and Greece, we decided to look at what has happened so far.

Running out of runway

We have been recording the weather at ten Greek airports since 1955. For each year, we took the average wind and overnight minimum temperatures, and then plugged that into performance graphs. These are used to calculate the safe runway lengths and aeroplane weights that are needed to ensure that airlines can carry their passengers safely.

Temperature changes varied a lot between the airports we studied, between a 2°C and 5°C temperature rise over the 62 years we had data for. So did wind. At one airport, the average speed of wind passing down the runway towards the aeroplane as it took off (known as headwinds) increased by about 25%. At the other extreme, another airport saw average headwinds on the airport’s runway fall by 90% over 43 years.

We found that in every case the conditions had changed over the 62 years to make aeroplane take-off more difficult. Safety regulations ensure that aeroplanes are never allowed to take off without enough runway, but on the longer runways we studied, the take-off distances necessary to get a large jet plane into the air had increased by about 1.5% every decade, and about 1% for a smaller turboprop airliner.

In airports with shorter runways, aircraft have to reduce weight. This is all worked out before take-off – cargo, passenger numbers and fuel loads are adjusted accordingly. In the most extreme case we studied this meant that planes were taking off with one passenger fewer (or about 40 kilometres worth of fuel less) each year. These aeroplanes are climbing less steeply after take-off, creating more pollution and noise nuisance on the ground.

We conducted this research in Greece, but other global studies have found similar trends elsewhere in the world. Small airports – such as those on islands off Scotland or in the Caribbean – are likely to suffer the most as the climate continues to change.

That could mean that airlines must reduce the numbers of passengers they carry on flights, or search for ways to lengthen their runways. In some extreme cases, it could become impossible for some aeroplanes to use some airports altogether. This is another reminder of how rapidly and extensively human actions are transforming the world around us, and how ill equipped we are to deal with the consequences.

This post first appeared on The Conversation, 13 February 2020. Paul Williams is Professor of Atmospheric Science in the Department of Meteorology at the University of Reading, specialising in geophysical fluid dynamics, climate change, and numerical modelling. He won a University of Reading Impact and Engagement Award 2018 in the Influence category for his aviation turbulence research.