My name is Penélope, I am an architect activist/researcher from Venezuela, and part of the academic team of new School of Architecture.

Caracas, where I grew up, is a beautiful and exciting city, with great architecture, lively cultural scene, friendly people, delicious food, and the beautiful mountain Cerro Ávila. Sadly, in the last decade, Venezuela has become extremely politically polarised while Caracas is now one of the most violent cities in the world. The fear of being a victim of violence has compelled most people to entrench themselves in their homes. But this creates a vicious cycle, because the less we inhabit our streets and public spaces the more dangerous they become, and with time they fade from our mental, emotional and cultural map of the city.

I had always admired the work of Candy Chang, Rebar Group, Maya Lin, FLIX and the urban artivism collective Ser Urbano (of which I was an active member).  I realised that as an architect I not only had the creativity and skills to design and make buildings but also to positively transform how the city is perceived, occupied and inhabited, even through small but significant interventions in urban space. So I decided to take action.

I co-founded CollectiVoX in 2008 with two good friends (a designer and a cultural manager) who shared my sense of urgency. We combine our talents, imagination and skills to design urban actions and interventions to open new possibilities for positive social change through public space to renew our physical and emotional connections with the city, its architecture, its places and its people. We collaborate with communities, cultural organisations and local government to co-create projects that foster an inclusive, participative and playful re-occupation and use of urban space. 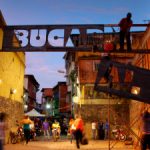 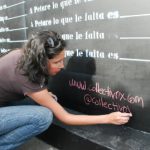 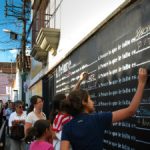 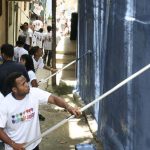 Our most recent projects are Busca Tu Espacio and [CCSen365]. In 2014 we co-created Busca Tu Espacio (Get Your Space) in partnership with The British Council Venezuela with funding from the European Union. The aim of the project is to identify underused or neglected public spaces and private venues all over Caracas that young people could activate for free by using them to share their talents, hobbies and creative projects. We have matched thousands of young people to hundreds of spaces, making them come alive with dance, music, art and even science!

We launched [CCSen365] in January 2017, as an invitation to reconcile with Caracas, to rediscover our shared memories and the love for our urban landscape through positive urban experiences in the form of urban walks. So far, we have re-visited almost one hundred emblematic buildings and public spaces, with the participation of over a thousand people! 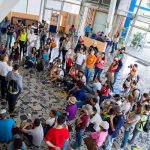 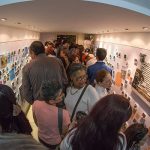 This has encouraged us, despite the current turmoil Venezuela is submerged in, to dream about organising the first Open House Caracas for 2018, as a defiant act of urban resilience, focused on re-framing with positive new memories our places in Caracas, especially in areas that have accumulated painful experiences.

My journey as an architect-activist and researcher has widened my understanding of architecture practice. We have the power to make a better world, but only if we are willing to step out of our disciplinary comfort zone and embrace ‘unconventional’ approaches.