From the first reports coming out of Wuhan, Iran and later Italy, we knew that losing your sense of smell (anosmia) was a significant symptom of the disease. Now, after months of reports, both anecdotal and more rigorous clinical findings, Jane Parker from Reading’s Flavour Centre and Simon Gane, a Consultant Rhinologist, outline a model for how this virus may cause smell loss. 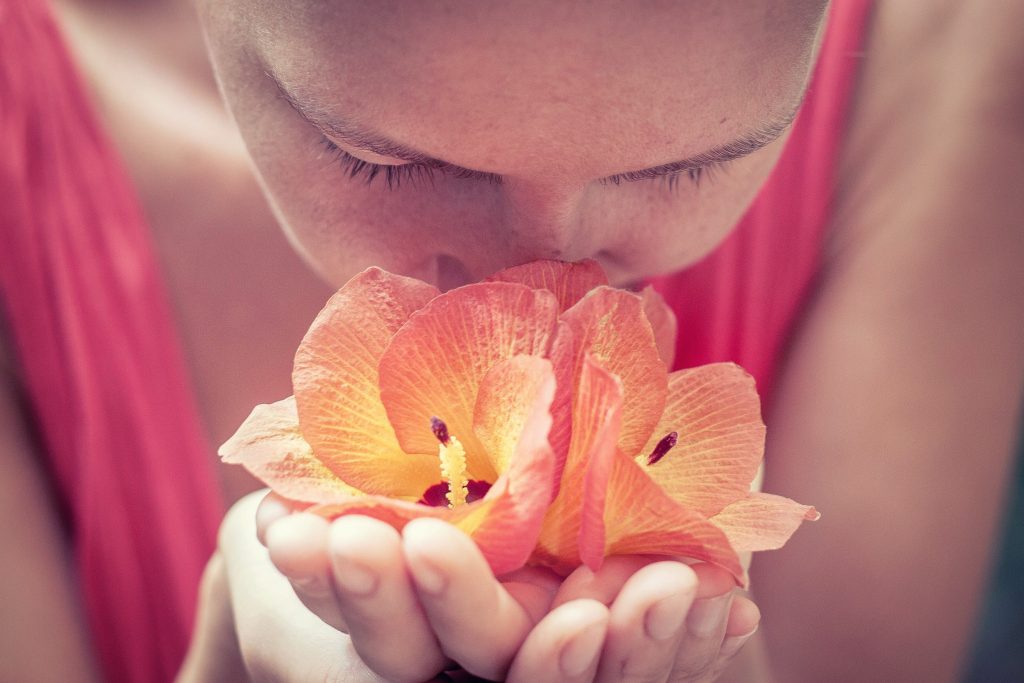 One of the most common causes of smell loss is a viral infection, such as the common cold, sinus or other upper respiratory tract infections. Those coronaviruses that don’t cause deadly diseases, such as COVID-19, Sars and Mers, are one of the causes of the common cold and have been known to cause smell loss. In most of these cases, sense of smell returns when symptoms clear, as smell loss is simply the result of a blocked nose, which prevents aroma molecules reaching olfactory receptors in the nose. In some cases, smell loss can persist for months and years.

For the novel coronavirus (SARS-CoV-2), however, the pattern of smell loss is different. Many people with COVID-19 reported a sudden loss of sense of smell and then a sudden and full return to a normal sense of smell in a week or two.

Interestingly, many of these people said their nose was clear, so smell loss cannot be attributed to a blocked nose. For others, smell loss was prolonged and several weeks later they still had no sense of smell. Any theory of anosmia in COVID-19 has to account for both of these patterns.

This sudden return of a normal sense of smell suggests an obstructive smell loss in which the aroma molecules cannot reach the receptors in the nose (the same type of loss one gets with a clothes peg on the nose).

Now that we have CT scans of the noses and sinuses of people with COVID-19 smell loss, we can see that the part of the nose that does the smelling, the olfactory cleft, is blocked with swollen soft tissue and mucus – known as a cleft syndrome. The rest of the nose and sinuses look normal and patients have no problem breathing through their nose.

We know that the way SARS-CoV-2 infects the body is by attaching to ACE2 receptors on the surface of cells that line the upper respiratory tract. A protein called TMPRSS2 then helps the virus invade the cell. Once inside the cell, the virus can replicate, triggering the immune system’s inflammatory response. This is the starting point for the havoc and destruction that this virus causes once in the body.

Initially, we thought that the virus might be infecting and destroying the olfactory neurons. These are the cells that transmit the signal from the aroma molecule in your nose to the area in the brain where these signals get interpreted as “smell”.

We expect that these support cells are likely to be the ones that are damaged by the virus, and the immune response would cause swelling of the area but leave the olfactory neurons intact. When the immune system has dealt with the virus, the swelling subsides and the aroma molecules have a clear route to their undamaged receptors and the sense of smell returns to normal.

So why does smell not return in some cases? This is more theoretical but follows from what we know about inflammation in other systems. Inflammation is the body’s response to damage and results in the release of chemicals that destroy the tissues involved.

When this inflammation is severe, other nearby cells start to be damaged or destroyed by this “splash damage”. We believe that accounts for the second stage, where the olfactory neurons are damaged.

Recovery of smell is much slower because the olfactory neurons need time to regenerate from the supply of stem cells within the lining of the nose. Initial recovery is often associated with distortion of the sense of smell known as parosmia, where things don’t smell like they used to. For many parosmics, for instance, the smell of coffee is often described as burnt, chemical, dirty and reminiscent of sewage.

Physiotherapy for the nose

Olfaction has been called the Cinderella of the senses because of its neglect by scientific research. But it has come to the forefront in this pandemic. The silver lining is that we will learn a lot about how viruses are involved in smell loss from this. But what hope is there for people with a loss of smell now?

The good news is that the olfactory neurons can regenerate. They’re regrowing in almost all of us, all of the time. We can harness that regeneration and guide it with “physiotherapy for the nose”: smell training.

There is solid evidence that many forms of smell loss are helped by this repeated, mindful exposure to a fixed set of odorants every day and no reason to think it won’t work in COVID-19 smell loss.