Ever wondered how the wind is made? Reading Meteorology postdoc Dr Hannah Bloomfield has the answer. She explains all in this new post for The Conversation’s ‘Curious Kids’ series. 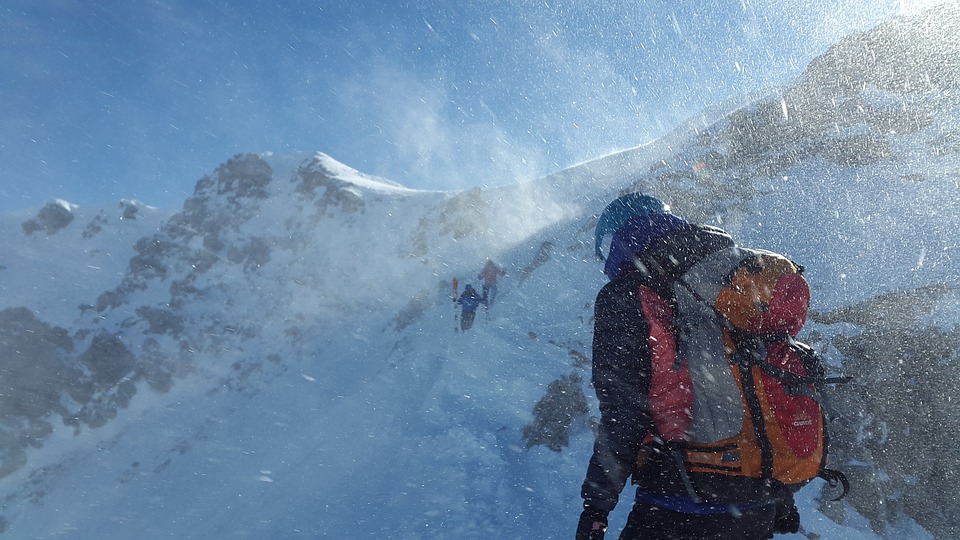 The wind has always been very important to us humans: from thousands of years ago, when sailors used the wind to cross the sea in ships, right up to today, as we make electricity from wind turbines. But it’s taken a long time for scientists to understand exactly how the wind is made.

Although we can’t see it, the air is made up of billions and billions of tiny particles. There are lots of different types of particles in the air, but the most common ones are nitrogen and oxygen (which is what humans and other animals need to breathe).

The wind blows when these air particles move around in the Earth’s atmosphere. The atmosphere is an envelope of gases, which surrounds the Earth. It’s around 100 kilometres thick, which is about the length of 4,000 blue whales.

The weight of all of these particles stacked on top of each other pushes down on the Earth’s surface – and this force is called atmospheric pressure.

Atmospheric pressure changes, depending on how warm or cold the Earth’s surface is. When the surface heats up, the air closest to it also gets warmer. And when the air gets warmer, the particles will tend to rise upwards and spread out.

When this happens, it leaves fewer air particles at the Earth’s surface, which lowers the atmospheric pressure.

When the warmer air rises, cold air particles – which are generally packed in closer together – will sink into those low pressure areas.

This movement of air particles, driven by areas of heating and cooling, is what makes the wind.

From gusts to gales

How fast the wind blows depends on how much of a difference there is in pressure between a low pressure and a high pressure area of air. If there’s a bigger difference in the pressure, the wind will blow faster.

There are 12 different levels of wind speed, measured on a scale called the Beaufort scale. The scale ranges from winds of less than one kilometre per hour (calm) to more than 118 kilometres per hour (hurricane).

‘What makes the wind?’ was asked by Eric, 94-year-old kid, Ipswich, UK. This post first appeared on The Conversation, 9 May 2019. Dr Hannah Bloomfield is a postdoctoral research assistant in the University of Reading’s Department of Meteorology. Her current research project is Subseasonal to Seasonal climate forecasting for Energy (S2S4E)

Curious Kids is a series which gives children of all ages the chance to have their questions about the world answered by experts.