Peter Gregory is Professor of Global Food Security and contributes to building research programmes in the University’s Centre for Food Security. One of his research focuses is in global environmental changes and food security. Throughout his career Professor Gregory has been engaged with issues of increasing crop yields especially in drought-prone, rainfed environments.

After many decades in which food security has not been an issue of much interest to many in the developed world, suddenly it’s back on the political and scientific agendas. The sudden spike in food prices in 2008/09 awakened interest once again in the issue, and the realisation that our insatiable demand for more food in response to a growing population with higher average incomes provides many social and scientific challenges. 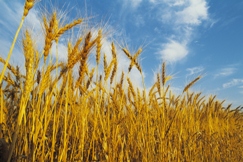 This was some of the background to the session on food security that I organised with my co-organisers Mike Bushell of Syngenta and Ken Cassman from the University of Nebraska at the Planet Under Pressure conference held from 26-29 March in London as the scientific prelude to the Rio+20 Conference which will commence later this month. The session explored how the agronomic yield gap interacts with economic and nutritional ‘gaps’ to produce food insecurity and what interventions might correct this.

The session attracted the second largest number of contributions in the conference, but the limited time meant that we could hear only five oral contributions with the remaining forty or so as posters. Dr Marianne Banziger of the International Maize and Wheat Improvement Center gave the opening keynote in which she outlined the global challenges facing producers. She noted that publicly-funded agricultural research in developed countries is now only 25% of its level in the 1980s despite the threats posed by a changing climate and the increasing scarcity or costs of natural resources such as land, water and energy.

Other presentations demonstrated the nutritional paucity of many current crops produced in sub-Saharan Africa especially for vitamins A and C, potassium and other minerals, and the skipping of meals, especially by females, as a means of adapting to hardships such as flooding. In many parts of sub-Saharan Africa and South Asia, livestock are an essential component of the agricultural system. A village-level survey in 96 villages across nine different countries in these two regions confirmed that crop residues are valuable sources of animal feed, fuel and construction materials; this limits their use for longer-term ecological services such as mulch for soil protection, water conservation and potential carbon sequestration. Households were most vulnerable where pressure on biomass was greatest. In Indonesia, a study of food availability and incidence of malnutrition showed that the two were not directly related; rather malnutrition was determined by food intake pattern which was a reflection of socio-cultural behaviour.

The session elicited a great deal of discussion about how the vulnerability of groups at risk of malnutrition might be alleviated. Three interesting observations were: i) the more we delay investment in food research, the steeper the challenge of meeting demands will become; we have to increase production of wheat, rice and maize by about 30-40% faster than we currently are; ii) cell phones provide a new possibility for getting locally targeted and up-to-date information to farmers and markets in rural areas; and iii) food security needs to pay greater attention to the nutritional value of food and not focus so much on the yield and calorific value of cereals.

I shall be following up these presentations and other food-related sessions at the conference as we develop the international programme of work associated with the Centre for Food Security at Reading. I am currently writing a paper on Soils and Food Security as part of a special publication by The Royal Society of Chemistry that arose from the London meeting, and am working with a colleague at Oxford University to take forward a potential international programme of work on sustainable intensification of food systems in temperate regions. There’s much to be done!