UN peacekeeping missions often involve dealing with cases of violence and rape. Georgina Holmes’ research has shown that female military peacekeepers are often inadequately prepared to help survivors of conflict because it is assumed that they ‘naturally’ know how to respond to other women’s needs. She explains more in a recent post for The Conversation. 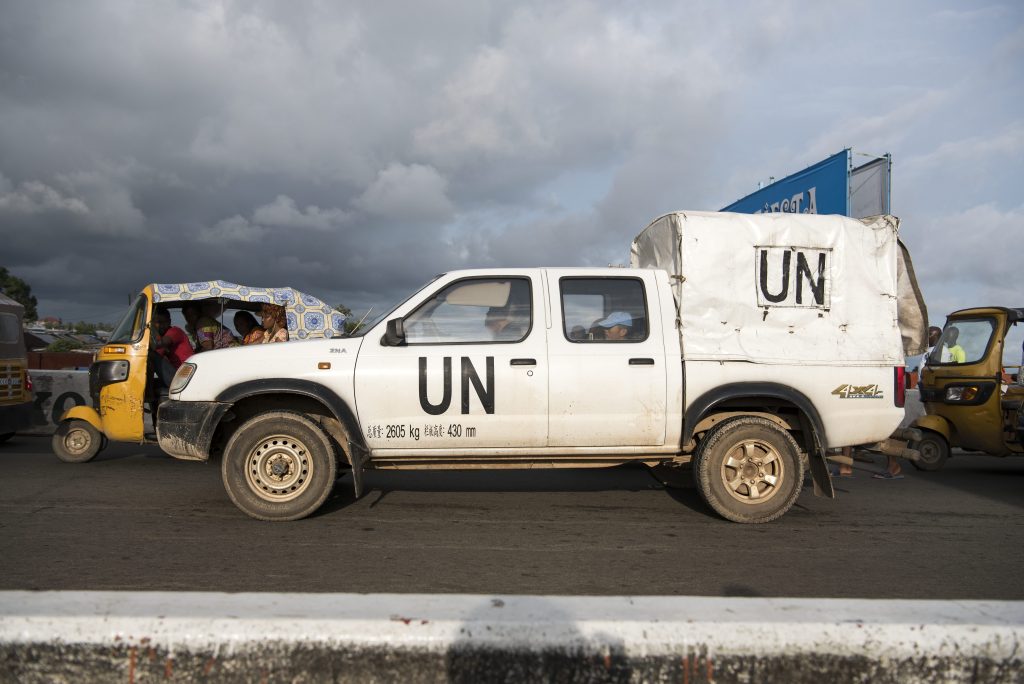 The UN expects female peacekeepers around the world to improve the effectiveness of missions by gaining access to members of local communities that male peacekeepers cannot reach. But my recent research in Rwanda showed that women peacekeepers need more support.

I looked at whether the kind of training women from the Rwanda Defence Force received before their deployment in mixed-gender battalions to the UN Mission in Darfur (UNAMID) and the UN Mission in South Sudan (UNMISS) was sufficient for the challenges they would face on their mission. I asked 24 Rwandan women from the military awaiting deployment and 22 who had returned from missions about their perceptions of the training they received, and how it related to the expectations and realities of working in UN and African Union (AU) peace operations.

Women waiting to deploy felt confident that the training equipped them for all protection of civilian tasks they would be assigned. But women who’d returned from dangerous peace operations felt the pre-deployment training didn’t adequately equip them. They found it especially challenging to handle complex cases where women and girls had experienced sexual violence related to conflict, were extremely traumatised, or required urgent assistance. These challenges were exacerbated by the difficulty of communicating with local woman through an interpreter – a skill that had to be learnt on the job in difficult circumstances.

A 27-year-old liaison officer, who was critical of the military training’s emphasis on processes and procedures, suggested that “more information on the psychological impact violence has on survivors” was required. She said encountering gender-based violence in camps for internally displaced people (IDP) “was not easy” and the training hadn’t prepared her for sustained engagement with survivors. She added:

When I was on the ground and reached the [IDP] camp, you ﬁnd this person who was raped for two or three hours and the people around her don’t want to communicate, they don’t care about what happened. You get this person, you put her in touch with the NGOs, you take her to hospital, but you need to spend three or four hours with her.

The women I interviewed also felt overwhelmed by the sheer scale of the assistance local communities required in Darfur and South Sudan. One 30-year-old major who deployed as a mechanic in UNAMID said there weren’t enough female peacekeepers to make a real impact.

While gender advisers and military observers receive specialist community engagement training, most tactical-level female peacekeepers, like their male colleagues, receive military-led training two to three months prior to deployment. Typically, the programme comprises a mixture of training sessions in the classroom and field exercises designed by both the UN and local military.

These sessions introduce theoretical concepts but don’t provide practical knowledge about how people behave directly after experiencing violence, forms of trauma and post-traumatic stress disorder, and what to do during contact with survivors. Nor does the training desensitise peacekeepers in preparation for the distressing situations they’re likely to witness. One 32-year-old second lieutenant reflected on what was missing:

“We study gender issues theoretically, but in the mission area, when we start putting theory into practice, there are challenges. In training, my mate acts as a refugee and I act as I’m going to help her. But that is like theatre – you can’t grasp the reality well.”

Gender biases also play a role. In Rwanda, senior leaders and trainers told me that female peacekeepers naturally knew how to respond to local women’s needs by dint of being the same sex. They believed women inherently possessed the required skill set, incorporating the traditional feminine traits of empathy, compassion, communication and the ability to care for vulnerable people.

There was also an assumption circulating that Rwandan women were good at providing victim assistance because of the country’s own history of conflict, where some 350,000 to 500,000 women were raped during the civil war and genocide in 1994. Women awaiting deployment on peacekeeping missions appeared to have internalised this stereotype, even though more than half of those I interviewed were between 18- and 23-years-old and born after 1994. This self-stereotyping resulted in a false confidence among the trainee peacekeepers that they were equipped to counsel and support traumatised women and girls.

Rwandan female police peacekeepers I spoke to who had worked in UN missions in Darfur, South Sudan and Haiti, hadn’t felt as ill-prepared as their military colleagues. According to one senior female police peacekeeper, community engagement was a big part of their day-to-day job in Rwanda and they had significant experience helping those affected by violence. Yet currently, the Rwanda National Police and the Rwanda Defence Force run separate training programmes.

To help mitigate some of the issues I’ve found in my research, the police and military could share good practice and develop joint pre-deployment training sessions on the implementation of the UN’s protection of civilians mandate, including providing assistance to victims. At the same time, the UN, regional organisations and those countries that contribute troops to peacekeeping missions should continue to work together to strengthen their training.

This post first appeared on The Conversation, 29 May 2019. Dr Georgina Holmes is a Leverhulme Early Career Research Fellow in the Department of Politics and International Relations at the University of Reading. Her research, funded by The Leverhulme Trust, focuses on security sector reform, pre-deployment training and the integration of African uniformed personnel in UN peace operations.