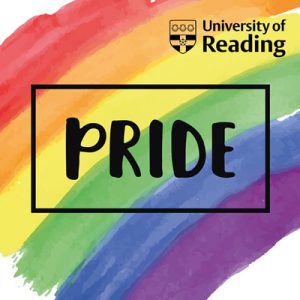 An appeal for personal stories from members of the LGBT+ community has been issued as part of a project marking 60 years since the publication of a milestone report in the unfinished path towards equality.

Monday September 4 marks the 60th anniversary of the publication of the Wolfenden Report, which resulted 10 years later in 1967 in the partial decriminalisation of homosexuality in England and Wales. The report was named after former University of Reading Vice Chancellor Sir John (later Lord) Wolfenden, who chaired the ‘Report of the Departmental Committee on Homosexual Offences and Prostitution’. He was Vice-Chancellor at the University of Reading from 1950 to 1964.

Now, the University and local LGBT+ charity Support U are seeking to mark the anniversary by collecting stories and recollections from those who have witnessed discrimination first-hand, but also felt the positive difference changes to the law over the past 50 years have made to their lives.

Monday’s anniversary comes two days after Reading Pride, and Support U’s partnership with Reading Buses means many will have seen Lord Wolfenden pictured on the side of buses over the weekend. While ‘pride’ was not an item on Wolfenden’s agenda, indeed his view was that gay people should not be visible, without events like Wolfenden’s Report the LGBT+ community would not have had a voice; they would still have been persecuted into the shadows.

It would be far from the truth to paint Wolfenden as an enthusiastic advocate of gay equality, though letters held in the University of Reading Special Collections show that he did take an interest in the report’s progress towards law. He described the Committee’s work as ‘distasteful’ and his reservations about the possible ‘corruption’ of young men on National Service were one reasons why the Committee refrained from equalizing the age of consent with that for heterosexual sexual activity (this did not happen until the year 2000).

Nor indeed did his Committee, made up as it was of the great and the good (lawyers, psychiatrists, judges, civil servants and even a representative of the Scottish Girl Guides Association), seem likely on the face of it to recommend such a change in the law. They nevertheless listened carefully to expert opinion over a three years (only three gay men agreed to give evidence to the Committee itself, and of them only one, the Daily Mail journalist Peter Wildeblood, agreed to be named) and arrived, perhaps despite their moral prejudices, at the recommendation ‘that homosexual acts between consenting adults in private should no longer be a criminal offence’.

The Committee did not envision, far less set out to achieve, equality. According to transcripts of the hearings held in the National Archives at Kew, when it was suggested that equality should be established between gay male and lesbian sexual acts (which were not specifically prohibited under law), the Committee pointed out that it could recommend criminalisation of the latter. Although its recommendations were first ignored by the government of the day, the Report provided a platform for subsequent lobbying and campaigning, leading eventually to the 1967 Act.

The recommendations in Wolfenden’s Report only constituted one step in the long and unfinished path towards LGBT+ equality. The recommendations were still discriminatory in that they instituted an age of consent that, at age 21, was higher than for heterosexual couples. Certain groups, such as members of the Armed Forces, were exempt (the legal exemption was only removed in The Armed Forces Act 2016), and Wolfenden’s report had nothing to say about matters of transgender recognition and inclusion.

The Report discredited some persistent myths about homosexuality, like the notion of that same-sex attraction was a contagious disease or a form of mental illness, though public opinion was slower to change.

In asserting that ‘We do not think that it is proper for the law to concern itself with what a man does in private unless it can be shown to be… contrary to the public good’, Wolfenden and his Committee expressed an important principle of a tolerant and diverse society, which is relevant to many different minority groups and no less important in today’s political and social climate than it was in 1957.

The University of Reading has been partnering with Support U, a local LGBT+ support organisation, for the past year in order to remember Wolfenden’s report and its significance. In May, the University held its inaugural Wolfenden Lecture, inviting Ruth Hunt, CEO of LGBT+ charity Stonewall to deliver a powerful lecture.

Support U is now six months into its Heritage Lottery Funded project, with the University as partner, to record and celebrate previously unexplored stories of LGBT+ heritage and to create new resources for young people and schools.

Showing young people what life was like before Wolfenden and the subsequent Act, and allowing them to see how hard-won their freedoms are, are major aims of Support U’s project. The relaxation of legal prohibitions on homosexual acts between men is just one part of the ongoing story of LGBT+ representation, inclusion and equality in the UK (in 2018, the 30th anniversary of the passing of Section 28 of the Local Government Act, which was not repealed until 2003, is a sobering reminder of just how recent certain gains are).

Nonetheless, with these activities we hope to remember Wolfenden but also go beyond him in marking and celebrating the LGBTQ presence in Reading.

If you would like to anonymously contribute stories and recollections from the last 60 years, the Support U project would love to hear from you at history@supportu.org.uk.

The stories, which can be submitted anonymously, will be read by an actor for a documentary produced by the charity.