It is widely acknowledged that the past can offer a window into the future. In academia, studying historical trends to explain the present or predict and imagine future events is a popular practice, particularly with regards to topics of a global concern such as climate change.

In March 2020, Barro and Colleagues studied the 1918 Influenza Pandemic to infer the trajectory of the COVID-19 crisis along with its human and economic impacts. One year on, many of their forecasts have since come to pass. Their work, amongst many others, serves as a reminder that retrospection is an important tool in understanding current and future challenges. Moreover, historical inquiry also enables us to consider the legacies of the past and their role in shaping the present. These ideas were explored in last week’s GDRD workshop that focused on how history has influenced development and how the field has evolved since its inception. 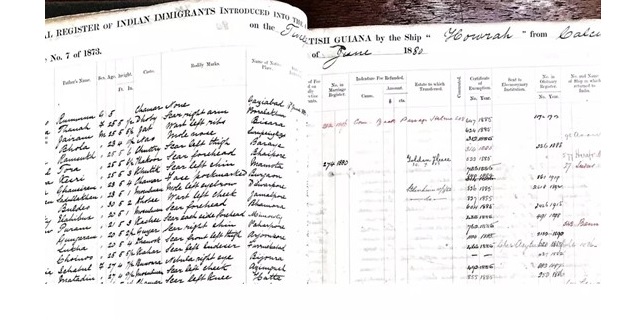 The first speaker was Neha Hui who presented her work that considers how historical unfreedoms such as indenture can help explain the processes that underpin modern slavery. She began by explaining that freedom is not a binary concept but instead exists as a continuum. Additionally, tensions often exist between macro and micro freedoms and various types of unfreedom frequently interact with each other. Indeed, escaping one unfreedom may involve forgoing another type of freedom. Her current work focuses on the trade-offs between the unfreedom of caste and the unfreedom of indenture in Indian migrant workers in colonial Guyana. Indian indentured labour migration provided a means of acquiring plantation labour in colonies post-slavery. Between 1838 and 1917, two million men and women travelled from India to other parts of the Empire, 240,000 of whom were destined for British Guyana. Although return to India was guaranteed and subsidised, only a third of all workers returned. Neha’s study attributes the low rate of repatriation to the abandonment of the caste system on the plantations, positing that the unfreedoms afforded by indenture were preferable to the unfreedoms associated to being of a lower caste in India. This historical analysis provides important insights on the mechanisms that continue to perpetuate labour unfreedoms today.

The next presentation was given by Jo Davies and focused on the issue of decolonising the taught field of development studies. Last summer’s Black Lives Matters protests added considerable momentum to discourses around reforming pedagogy which remains imbued with imperial ideas of knowledge. Indeed, many of these debates continue to permeate academia. In her talk, Jo argued that decolonising the curriculum must transcend diversification and instead challenge drivers responsible for existing knowledge hierarchies. Decolonising international development will therefore require redefining the field to incorporate multiple perspectives from all stakeholders. In particular, the voices of those ‘at the sharp end of social inequality’ need to be prioritised for the field to move past its complicity with western hegemony. Moreover, driving change in development studies not only requires the appraisal of what we teach but also how we teach it. Although challenging to do so at scale, Jo contends that embracing dialogic learning will facilitate much needed discourses around core issues. Finally, efforts to decolonise development will be fruitless should they fail to examine the historical and political forces that contemporary power structures are rooted in.

Ollie Douglas, the final speaker, is a curator for the Museum of English Rural Life (MERL). His presentation, which focused on the museum’s history, is particularly timely given that the MERL celebrates its 70th anniversary this year. Preparing for these celebrations has caused Ollie to contemplate the institution’s original model and how it could be amended to reflect contemporary social values. Many of the challenges in reimagining the MERL relate to the themes of decolonisation touched upon in Jo’s presentation. Oftentimes described as a piece of salvage ethnography, the MERL has been primarily depicted as an inward-looking exercise centred on parochial English concerns with little regard for Global issues. Yet, it is hard to ignore the Museum’s wider context of Empire with its explicit links to overseas farming. The institution has played a significant role in touting progressionist ideas, often fixating on technical change, but in many ways providing the blueprint for what was considered successful agricultural progress at the time. These ideas were underlain with narratives of white supremacy dismissing non-western farming as “primitive” and asserting that greater productivity could be achieved through mechanisation alone.

Today, the MERL has moved away from presenting progress as a universal linear process but instead focuses on depicting the complexity of change and the challenges of context. However, Ollie acknowledges that the MERL still needs to find ways to critically explore colonial ties and influence of the Global South that remain under-represented in its collections despite their roles in shaping British agriculture. By doing so, the nostalgic images of bucolic England can be challenged to give space to ideas from the wider world.

The presentations sparked some interesting debates about the current nomenclature of the field. Many of the discussants questioned the appropriateness of the term ‘development’ owing to connotations of linearity and progressionist paradigms. Indeed, Jo argued that  models of ‘development’ have been strongly influenced by the biological meaning of the word, which assumes that growth always follows a similar directional and procedural pattern. Although parallels can undoubtedly be drawn between different human societies, the divergence in trajectories is a strong indication that attempts to harmonise development practices are futile. Consequently, Jo suggested that reframing development as a comparative discipline could lead to more fruitful discourses and concurrently dismantle the existing power and knowledge structures of the field. It seems clear that moving past Eurocentric and neoclassic theories requires the scrutiny of their historical origins. Although applying a Tabula Rasa mindset may seem attractive, it would arguably be as counterproductive as claiming colour blindness when discussing identity politics. As scholars of development, we shoulder some of the burden of redefining the discipline and must therefore engage, acknowledge and understand the political histories in which it is rooted.

Sophie De Pauw is a graduate researcher in the Department of International Development.