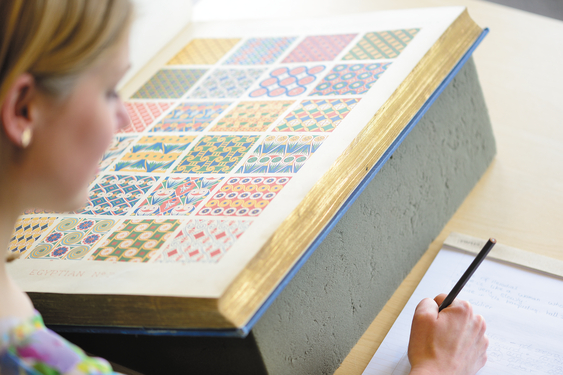 A new book, Gender and the Creative Labour Market, explores in depth the gender inequalities within creative fields. The book is a cumulation of a project funded by the Australian Research Council on creative graduates in the UK and Australia. There is a growing body of research, predominately undertaken in the UK and Australia, that explores the unique challenges of the careers of creative graduates, and this project brought experts from both countries together. It spans labour economics, human geography, cultural studies and sociology and draws on the similarities and the specifics of the UK and Australian contexts, using graduate outcomes data.

For most people, a university degree is a good investment providing a lifetime earnings premium – although the size of this premium varies by subjects and is typically lower for women. In the UK, those graduating in creative arts and design subjects have the lowest average returns for a degree and for men this return is negative – they earn less than if they had not taken a degree. Workers in cultural and creative industries (CCI) are often faced with precarious labour market outcomes as the COVID-19 pandemic has highlighted.

Precarity, and a lack of diversity and inclusion

In the book we define creative graduates and the creative sector using the internationally comparable UNESCO definition of creative and cultural industries. Key domains include performing arts, visual arts and craft, publishing and media industries, fashion, games development, architecture, advertising, and the major cultural institutions, such as galleries, museums and libraries.

In recent decades there has been an increased policy drive to promote the importance of creative skills and CCI as leading sectors of economic growth, particularly in the UK and Australia. However, those working in CCI have not reaped the rewards from the growth in these industries. Workers in CCI typically face irregular and unregulated employment, relying on unpaid work and/or self-employment to gain access to CCI, and may work several jobs to support themselves.

These challenges result in a lack of diversity and inclusion, favouring those able to sustain a living while trying to establish themselves in creative and cultural jobs. In particular, these precarious working conditions may discourage women from entering CCI, particularly those who desire job security and home and/or flexible working.

Lower average salaries are not compensated for by higher career satisfaction

There is evidence of greater and more persistent gender inequality in the UK compared to Australia, as the gender pay gap in creative careers closes in Australia over the medium term but widens in the UK. One striking finding of the book is that the lower average salaries offered by creative careers are not compensated for by higher career satisfaction. This is in contrast to what is often assumed.

Gender inequalities vary across the different domains and types of creative jobs. For example, women have greater access and earning potential in galleries, libraries, archives and museums. In contrast they have less access to jobs in the creative services sector which attracts the highest average earnings within the creative sector. Pay is highest in embedded roles (for example, a creative digital graduate working in the finance sector) followed by specialist roles (such as a designer working in the design sector) which are both dominated by men.

A key feature of CCI is they are concentrated geographically, so it is important to consider internal migration dynamics. London is a key hub in the UK for creative employment, while in Australia, Sydney, Melbourne and Brisbane are key cities for creative employment. For women, migrating for work is important for entering creative careers, and for both genders being more migratory increases salaries. However, men tend to be more migratory than women which increases the gender inequalities within creative careers.

These key findings of the book highlight that CCI are not the progressive industries they are often portrayed as. Women face challenges to seeking employment and higher earnings in CCIs not experienced by men. In order for CCIs to be more diverse and inclusive, there needs to be a change in the ways of working and a move away from precarious and under-remunerated jobs.

Sarah Jewell is a Professor of Economics at the University of Reading.

Gender and the Creative Labour Market: Graduates in Australia and the UK is published by Springer.