Today is Human Rights Day; a day designated by the United Nations to draw attention to the 1948 Universal Declaration of Human Rights. That Declaration set out 30 fundamental rights belonging to all persons by virtue of being born human. But 72 years later grave abuses continue around the world.

The modern concept of human rights created in 1948 sought to remedy the power imbalance between the strong state and the weak individual. In the aftermath of the grave horrors of Nazi Germany, the UN sought to ensure that never again could a government order the mass discrimination let alone mass extermination that the Nazis perpetrated against Germany’s own citizens. 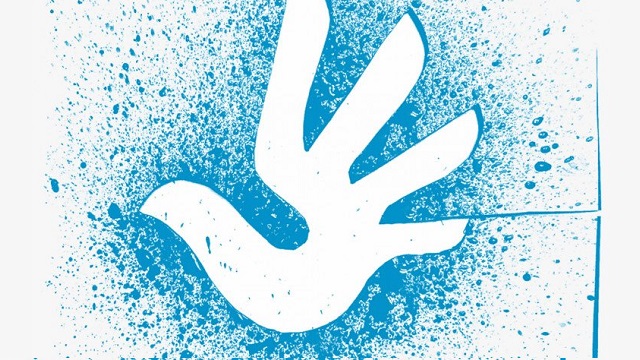 It is important to emphasise that at that time the horrors the Nazis carried out against its own people – Jews, persons with disabilities, racial minorities, homosexuals, Roma, communists, and others – was not unlawful in the international arena. Indeed, a country could do whatever it wanted to its own citizens, as had been made abundantly clear by the way colonial powers treated individuals in countries that they colonised, It is no coincidence that it was only when such atrocities took place on European shores that the world took a stance against such horrors.

Yet here we are, more than seven decades later, and a day does not go by without news reports of serious and atrocious human rights abuses in countries around the world. Deaths and displacements; looting and killing; rapes and amputations; repression of dissent and ill-treatment of workers; disappearances and beheadings; torture and arbitrary detention; racism and xenophobia; subjugation of women and oppression of homosexuals; and the list goes on. Why after all these years since the Universal Declaration is more not being done to protect individuals from these atrocities?

Just because we hold human rights by virtue of being born human does not mean that we are able to access those rights unless or until governments that exert power over us implement those rights. The existence of human rights is meaningless unless or until they are upheld in law and in practice. After the time I have spent working in this field, working in countries around the world, working at the highest levels of the United Nations, and hearing survivors’ testimonies of the worst horrors imaginable, I have come to the realisation that human rights are nothing more than a tool for individuals to lobby for effective political change.

But what are these rights? Who holds them? And against who can we fight to make sure they are implemented?

The central point, and one worth repeating, is that human rights belong to all people by virtue of them being human. Underpinning all human rights is the foundation of non-discrimination on the basis of sex, race, religion, nationality, or any other grounds. Yet discrimination persists and too often is enshrined in national laws across the world.

79 states criminalise people on the basis of their sexuality or gender identity. Lesbian, gay, bisexual and transgender persons may be imprisoned or sentenced to death by the legal systems that are required but fail to protect their human rights. European countries systematically violate the rights of irregular migrants, refusing to acknowledge that those persons have exactly the same human rights as all other individuals within their territory. Australia goes further, forcing irregular migrants into a pseudo prison camp in a nearby country. Women continue to be denied their rights in many parts of the world, particularly in Islamic countries where they frequently are treated as property rather than as humans. Even in Global North states such as Poland and the USA, women’s rights to health and to life are violated through legal or practical restrictions on abortions and reproductive health. Race and religion remain primary grounds for discrimination, whether against the Roma in Europe, the Uighurs in China, the Aboriginals in Australia, Jews in Arab countries, Palestinians in Israel, the Tamils in Sri Lanka, and non-Muslims across parts of the Islamic world, to name just a few examples.

But it is not only discrimination against certain groups that ought to concern us. Many countries indiscriminately abuse the rights of any or all persons within their territory.

Most rights may be limited in exceptional circumstances, such as to protect the public or during times of warfare.  A few rights, like torture and slavery, are absolute rights whose violation can never be justified. Yet even those rights are routinely disregarded and abused.

Slavery continues to exist, whether through state laws or through their practices. Qatar enables slavery through its laws requiring all migrant workers to surrender their passports to their employers.  That slavery is building the 2022 World Cup. Failure to identify and protect victims of human trafficking, who are forced into the sex industry or as unpaid workers to repay their traffickers, has created a modern day slavery to which so many countries turn a blind eye. Even the UN itself has failed to protect women from sex trafficking by its own peacekeepers.

Then we turn to other fundamental rights that are not being upheld for billions of individuals. The right to life may be respected by countries that protect people from arbitrary or extrajudicial killing. But the right to life goes hand-in-hand with subsistence rights. There is no point having the right to life if a person is not able to subsist. Those fundamental rights include to water, to food and to housing. Without them people die. Yet estimates are that 1 in 9 people lack adequate access to water. More people have a mobile phone than a toilet. Without access to adequate food, people die. Nearly a billion people do not have enough food to eat, and including in the wealthiest countries like the UK and the USA where so many people rely on food banks to eat. Poverty is a leading factor in the failure to protect the rights of many individuals around the world. For the half of the world population living on less than $2.50 a day, human rights often lack any practical meaning.

And what about the hidden abuses around the world? There are closed states, such as North Korea and Turkmenistan, where it is almost impossible to report abuses. There are holiday resorts, such as The Gambia and The Maldives, where a blind eye is turned to violations in order to enable package tourism to continue. And we should never forget powerful states like China and Russia that flex their political and economic muscles to ensure that their abuses and genocides are ignored.

But it is not all doom and gloom. There are macro and micro ways in which things can be changed. The UN has the infrastructure and mechanisms to protect human rights more effectively. Regions and countries have legal systems that can protect and implement those rights. What is required is a willingness to do so. Countries that champion human rights need to put their money where their mouths are. Political and economic pressures can be placed on states to encourage them to focus on human rights. International sports organisations can refuse to hold the Olympics or the football World Cup in countries where human rights are routinely abused. Consumers can make ethical choices about where they shop, and people can stop financially propping up abusive regimes by refusing to holiday in those countries. Until human rights are elevated to a serious consideration for all decision-making, the rights enshrined in the Universal Declaration will remain an unattained goal.

Rosa Freedman is a professor of Law Conflict and Global Development in the School of Law.