Sixty world-famous impressionist paintings arrived at the Royal Academy of Arts in London from Copenhagen in March last year, a whisker before the first lockdown was imposed. Instead of drawing box-office crowds, they sat in storage for four months. But then the Academy reopened its doors in August with the Covid-secure “Gauguin and the Impressionists.” That this exhibition sold out so quickly is testament not only to our hunger for unmediated culture after a period of captivity, but also to the enduring popularity of impressionism. What many in those socially-distanced crowds may not have realized is that impressionist painting has a less widely appreciated younger sibling, literary impressionism. While this literary category can encompass a range of canonical writers—Flaubert, Proust, James, Mansfield, and Woolf, for example—it has nothing like the fame of simple “impressionism,” in which painters recorded their first impression of a scene with hasty and broad brushstrokes. Why? 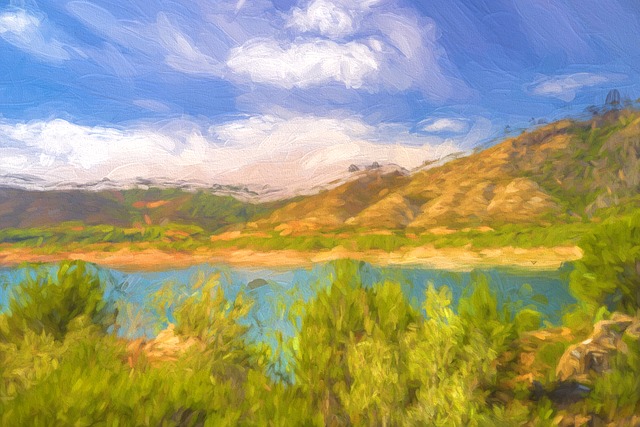 Five years after the first impressionist exhibition of 1874, which included works by Monet, Degas and Renoir, an article appeared in Paris called “Impressionism in the Novel.” Here the critic Ferdinand Brunetière described literary impressionism as a successor to realism which sought to pictorialize realist narrative. The term caught on. Novelists such as Flaubert, Zola, and Maupassant were soon claimed for the new school. Across the channel in Britain, over the next fifty years, famous novelists such as Hardy, James, Conrad, Ford, and Woolf would all claim that the novel too was an “impression,” or tried to capture impressions, in various artistic manifestoes. Just as impressionist painters recorded their first impressions of a scene, impressionist novelists represented their characters’ conscious experience as it unfolds, via a narrator who seems to be as ignorant as the reader as to future events. These are psychological novels in which characters try to make sense of their lives, often by teasing out the significance of a fleeting impression of an event, in the hours or years which follow it. Yet “literary impressionism” rarely figures as a term in the lecture lists and textbooks of universities’ English literature departments. Why not?

One reason is that the concept of literary impressionism argues for continuities between the nineteenth and the twentieth centuries, bridging realism and modernism. But this sits uneasily with literary modernists’ Oedipal struggle with their nineteenth-century parents, their efforts, in the words of Ezra Pound, to “make it new.” Virginia Woolf told us that “on or about December 1910 human character changed,” and since then “modernism” has become totemic for literary critics as the notion that the twentieth century brought in a decisive shift in human experience and in its literary representation.

A conceptual problem also accounts for the low profile of the term “literary impressionism.” The term seems to rely on a comparison of painting and literature, and—what is more—to imply the priority of painting over literature. But are impressionist novels really the offspring of impressionist paintings? How can painting give birth to literature? The potential pictorialism of literary impressionism has caused widespread anxiety because, in Jesse Matz’s words, “literature… means ideas, reflection… and so it has no place for the merely perceptual impression.” Can a novelist ever really “pictorialize” their narrative? Anyway, surely some of these novelists, James or perhaps Proust, are not particularly pictorial, are they?

Perhaps literary impressionism can be reclaimed as a term once we also reclaim for this period the ancient notion of “sister arts.” Rather than seeing literary impressionism as the genre-defying daughter of painterly impressionism, we can see it instead as a younger sister who has been informed by similar cultural and intellectual contexts. We can see this more clearly if we remove the “-ism” from these two sister arts. After all, the term “impressionism” came from critics, not painters or novelists. To think about “Claude Monet’s art of impressions” or “Henry James’s art of impressions” helps us to see each artist as distinct, but informed by the same representations of impressions, whether philosophical, psychological, or cultural.

Among the contexts which the impression unlocks for us, one dominates: empiricism, a philosophical movement which began in Britain but had global influence, including on painterly and literary impressionism. The early empiricists, John Locke and David Hume, argued that all our knowledge is founded in experience, and, more or less, that such experience is first encountered through impressions. Impressions provide the raw material of thought: all of our ideas derive from these impressions. Our minds then combine these ideas to create more complex ideas which themselves make further impressions on us. For empiricists, then, experience comprises two kinds of perception: external perception, perceiving the outside world, and internal perception, perceiving ideas within our minds.

Given this philosophical context, one way to understand literary impressionism is that it harnesses the power of words to understand how the images we see interact with the images in our minds when we think or remember. It stages for us what Henry James called the “drama of consciousness” by putting impressions in contact with ideas, external with internal perception. By contrast, impressionist painters focus on our external perception. Literary impressionism is perhaps then neither the warring sibling of painterly impressionism, nor its retiring child, but instead brings its own talents and interests to the family. Some of us are lucky enough at the moment to have the health and time to crave culture during the current crisis. While we are locked down, and impressionist paintings are locked away, we shouldn’t forget that many of the books on our shelves have their own impressions to offer us.

This article is republished from the OUP blog.