To celebrate International Migrants’ Day 2020, on its website the United Nations claims that ‘throughout human history, migration has been a courageous expression of the individual’s will to overcome adversity and to live a better life.’ It is this view of the human will to move that in many ways makes migration such a fascinating yet complex area of research. How do we trace these movements across generations and across continents? How do we work across disciplines when many different methods are needed to help us explain its features, outcomes and causes? 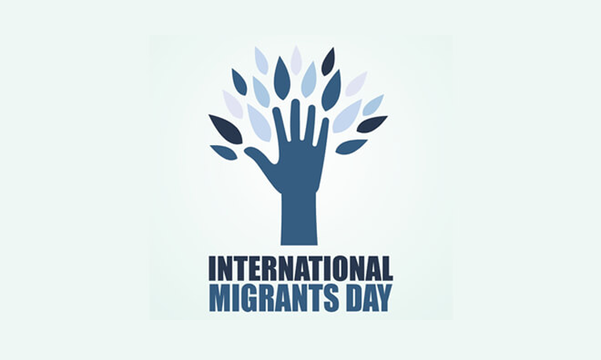 For me, as an Applied Linguist, I’m particularly interested in the relationship between language and migration – how language is used to talk about and describe migrants and migration, but also how languages (plural) are always implicated in people’s migrations – the languages they take with them and the languages that we all seem to feel they should learn on arrival for them to ‘integrate’ into their new homes. But where do these beliefs about language and migration come from and how do we teach this in our universities? After twenty years researching in Asia, the Middle East and Europe, I set out to tackle these questions in my new book – Language and Migration – published by Routledge this year.

I began writing the textbook Language and Migration in 2016 when I started teaching a final year undergraduate module of the same name and was struggling to find practical classroom activities that linked language use and language learning to specific contexts of migration.  The book was published this summer – five years on from the initial idea. One reason I realise that it’s taken this long is that the students needed a broad historical view and a more political orientation. Final year undergraduate students would ask questions like ‘what’s the difference between colonialism and capitalism?’ In response I aimed to explore these links between the spread of trade and colonial expansion alongside language policy in countries such as India and Pakistan. What I learned after the first couple of years teaching young adults from the UK was that these kinds of question hindered their ability to look critically at the UK’s colonial past in order to understand the global present. As a result, the lessons in which we examined the relationship between language and migration needed to go beyond a discussion of the mobility of ‘languages’ and formal language learning and focus more profoundly on how people communicate in families and communities before and after their migrations.

For this reason, I devote a while chapter in the book on transnational families by looking at how Mexican family members who have no intention of migrating are part of worldwide networks maintained by language online. My own ethnographic work with migrant families in Pakistan and the UK helped me bring together Migrant Network Theory with theories of Globalisation as I attempted to look out across the world for examples – and ended up with a book full of case studies from four continents. But where to get started? In the first chapter it was important to establish that people’s desire to migrate is at the core of what it means to be human – so I go back several thousand years to look at early human migrations and the emergence of spoken then written language. Students felt that conversations about language and culture in the early sea voyages of Polynesian migrants helped prepare them for our discussions about the role of language and culture in the colonial expansion of European powers from the 1500’s. Identifying the role of language in empire-building (we look at multi-ethnic transnational empires based on Islam, Roman conquest and Chinese dynasties) became an important orientation for students trying to understand the importance of colonialism and decolonisation in today’s interconnected world. Decolonisation and immigration from the Global South to the Global North are not taken up in the book till Chapter 3 (Immigration and Migrant Language Education) so that students have developed a sense of the historical trajectories of migration before getting to grips with the outcomes of colonialism and slavery felt in the Americas, Europe and South Asia today. Examples from France, Germany and the UK are examined in this chapter. Next, the chapter Language learning and Inter-cultural learning takes the reader through the different approaches to language learning over the past few decades and helps situate contemporary understandings of language practices (e.g. translanguaging) in the planning and design of language learning programmes which shift the emphasis to the symbolic and translingual competence of learners, while keeping an eye on what it means to learn to read, write and speak world languages such as English. Detailed case studies from transnational families in Mexico and the US and Pakistan and the UK are just two examples that students respond well too – as are the in-depth analyses of the impact of London Jamaican on Reggae music and Multicultural Urban English on Grime.

The book ends with an opportunity to look at the relationship between language education and Higher Education – from a critical perspective on the ‘global’ university and the internationalisation agenda. Working with the histories and subjectivities of our own student body, whether ‘home’ or ‘international’, forces us to question our own stance the socio-political context of our research and teaching. It’s my hope that the book provides activities for the reader (student, teacher or researcher) to respond to these questions when assessing the relationship between language and migration.

The book is available now from the publisher’s website.