International Women’s Day originated over 100 years ago in the labour movement in the US and Europe. It was adopted by second-wave feminists in the late 1970s and by the United Nations in its International Women’s Year, 1975. Since then it has been celebrated around the world; it is a national holiday in many countries, though sadly not this one. Initially intended to draw attention to the feminist struggle for rights and justice for women, like so much else in the 21st century it has been co-opted by commercial and lifestyle interests that distract attention from its original goal. 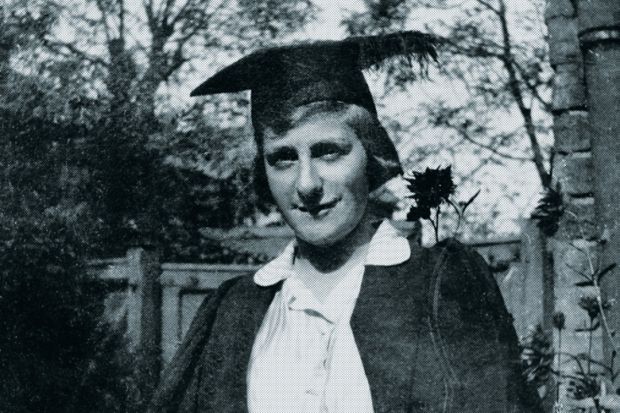 Let us use this day to celebrate past achievements. The University of Reading prides itself on having appointed (in 1908) the first woman professor in the UK, Edith Morley. But note that she was only promoted after she complained that every other head of department had been made a professor, but not her, the sole woman. And rather than make her head of English literature, her own subject, the college (as it then was) created a separate chair for her in English language, so that a man could be occupy the chair in English literature, and men did not have to work under a female professor. What we can learn from studying past achievements is that they were always hard-won, and never the end of the story.

Edith Morley did not get equal pay, of course. British men and women only got equal pay in 1975, when the Equal Pay Act 1970 came into force. This statute was not passed because feminists had been campaigning for it for decades, even though they had been doing so. No, it was to facilitate the UK’s entry into the European Community: that was the only consideration deemed important enough to make this concession to justice for women. Yet equal pay remains formal, not substantive; in top financial jobs, for example, women earn two-thirds less than men. There is still an 18% sex pay gap at the University of Reading. And this past year has demonstrated how our present ‘equality’ can easily be snatched away. During the Covid crisis women have borne the brunt of job losses, care work, home-schooling. With less time for undertaking research, and therefore submitting and publishing significantly less than their male counterparts, academic women’s careers and promotion prospects have suffered. History shows that, when priorities must be adjusted and choices made, women almost always lose out.

Let’s celebrate how far we have come in protecting women from violence and abuse. We should commemorate those feminists who set up the first Women’s Refuges and Rape Crisis Centres in the 1970s and who campaigned for legal reforms which, as landmark legislation, court decisions and policy shifts, seemed to presage better treatment ahead. Those refuges remain woefully underfunded with far too few beds available to women and children fleeing violence in the home. Yet let us also note that whenever it looks as if rape, for example, is finally being taken seriously, the police or courts or juries or (most recently) the Crown Prosecution Service somehow succeed in keeping conviction levels to a minimum. Advances in women’s position are always followed by resistance and a search for ways to restore the status quo. So much is evident in the escalating incidence of domestic violence by men against women under lockdown, the fact that two women are killed each week by their male partners in this country, the flourishing international market in trafficked women and children, the torrent of misogyny and sexism unleashed by anonymous social media, and the annual Parliamentary engagement with ever new forms of sexual abuse such as rape pornography, upskirting, coercive control, and non-fatal strangulation.

Let’s celebrate women in the universities. Access to education is one of the great success stories for women: it leads to better jobs, greater financial independence, greater control over our lives. Just think – in the 1850s, women were still excluded from British universities; in the 1950s, they made up only a quarter of university students and 12% of academics. Today women comprise 56% of students in British universities and 42% of full-time academics. But once in the workplace, women start to lose out. Fewer than 30% of UK professors are women. In the discipline of Law, women now outnumber men students by 2 to 1, and women form the majority of entrants to both the solicitor’s profession and the Bar. But their representation drops off at senior levels; fewer than 1 in 5 Queen’s Counsel are women and, after a high point of three women in the 12-member Supreme Court under the Presidency of Lady Hale, the number was reduced to two on her retirement.  It is pleasing to note that the government has just announced the appointment of Lady Justice Rose to replace Lady Black, who is also retiring; but that still leaves only two … there is work yet to be done, a backlash or backslide to be fought.

Of course, other factors such as race, class, and disability also affect life chances; intersectionality makes them worse; and in some areas, it is men who are under-represented and need encouragement to break down sex barriers. It is in no one’s interests if any role becomes a ‘female’ one, as work done by females is generally undervalued. But on International Women’s Day, while remaining aware of these other issues, let us not fall prey to the temptation to criticise feminists of earlier generations for ‘getting it wrong’ (are we so sure we are right?) or to condemn those whose views differ on some aspect of the analysis, minor to outside eyes. Let’s focus instead on the things we have in common as women, the things we have achieved and still need to do – because we have only this one day.