A London weather record was broken recently making for an exceptionally crisp, clear winter day – but you probably didn’t notice it, explains Professor Stephen Burt in a recent post for The Conversation. 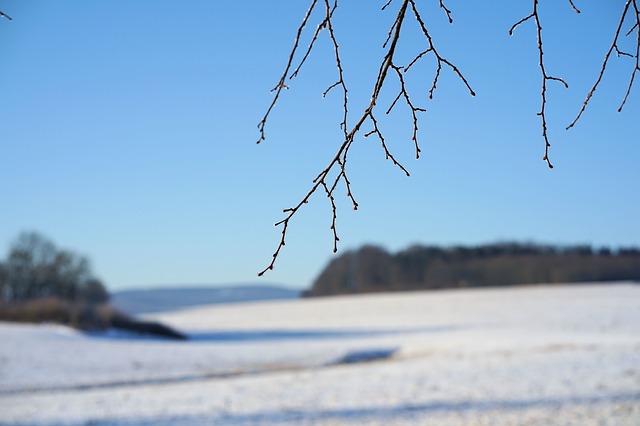 In the early hours of Monday January 20 2020, something unusual was happening in the atmosphere above the southern British Isles. Just after midnight, air pressure records for London were broken at Heathrow airport, where the barometer reached 1,049.6 millibars. That’s the highest level since records began in 1692. It broke the previous record for London of 1,049.1 millibars, which was recorded at Kew Observatory at 11am on January 18 1882.

If you have a household barometer, you might have seen its needle settle well beyond “Very Dry”. But despite this being an exceptionally rare weather event, it’s very unlikely that anyone else would have noticed anything unusual, because the human body is not very sensitive to atmospheric pressure. People are much more sensitive to the colour of the sky though, and anyone out for a Sunday afternoon walk in southern England cannot have failed to notice breathtakingly blue skies. That’s because high pressure systems bring clear skies and dry conditions.

We’re lucky to know air pressure readings from London all the way back to 1692, because of amateur meteorologists like John Locke, the philosopher. He lived in London during the 17th century and kept a daily record of the height of his barometer between 1692 and 1696. But we have readings for somewhere in London for almost every day since then, often through individual diary entries. In the middle of the 19th century, the observatories at Kew and Greenwich started keeping daily records. Since 1949, a 24-hour record has been kept at Heathrow.

Between 9pm on Sunday January 19 and 3am on Monday 20, a centre of high pressure lay over south Wales, Somerset and Devon. A Met Office barometer in Dunkeswell, Devon at 2am recorded 1,050.4 millibars – the first time in almost 90 years that 1,050 millibars has been observed anywhere in England or Wales, and the first time for over 60 years that this level has been reached anywhere in the British Isles.

Since 1800, 1,050 millibars has been reached somewhere in the British Isles on only nine occasions, and for short periods. While air pressure set a record high for south-east and central southern England on January 20 2020, the existing national record of 1,053.6 millibars, logged in Aberdeen on 31 January 1902, remains intact.

A change in the air

Although it may sound counter-intuitive, Britain’s recent atmosphere of high pressure (meteorologically speaking) may have been caused by very low pressure on the other side of the Atlantic Ocean. A deep centre of low pressure developed rapidly off the east coast of the US a few days prior which resulted in a severe snowstorm in eastern Canada. The blizzard dumped around 75 cm of snow on Newfoundland, but it may also have helped break high pressure records in Britain.

That’s because the air drawn out from the low pressure system off the US east coast by a strong jet stream had to be redistributed elsewhere. Normally this would happen over a much larger area of the North Atlantic, leading to the rapid development of a fairly intense anticyclone, which is not uncommon.

On this occasion, though, the outflow of air from the intense storm could only be redistributed at high levels in the atmosphere over a relatively small part of the North Atlantic, because of several other atmospheric depressions. This resulted in an intense anticyclone (an area of high pressure) forming and then developing rapidly close to the British Isles. High pressure areas are large regions of gently sinking air. The descending air warms as it sinks, evaporating clouds, and that’s why anticyclones tend to produce dry, settled weather. In winter, you can expect clear skies with frost and fog.

Computerised forecast models run by the Met Office and the European Centre for Medium Range Weather Forecasts (ECMWF) predicted the high pressure area with near pinpoint precision. Its eventual position and record intensity was accurately forecast several days in advance, before it had even begun to form.

The combination of clear polar air with very dry air throughout the lower atmosphere – caused by the sinking air in the high pressure area – made for one of those rare, sparkling winter days that are more typical of expensive high-altitude Alpine resorts. Enjoy it while it lasts.

This post first appeared on The Conversation, 21 January 2020. Stephen Burt is a Visiting Fellow in the meteorology department of the University of Reading. He is also a Fellow of the Royal Meteorological Society and Chairman of the Climatological Observers Link. His research interests are primarily UK climatology – and in particular, the long series of records from the Radcliffe Observatory, Oxford (1767 to date), which is the subject of a new book by Oxford University Press, jointly authored with Tim Burt (emeritus professor of Geography, University of Durham).