How can aid agencies effectively support communities and ‘listen to their needs’ if their staff don’t speak the local language? In an article written for The Conversation, Professor Hilary Footitt and Dr Wine Tesseur tell us about their research which sheds light on the issues and identifies ways to address them. 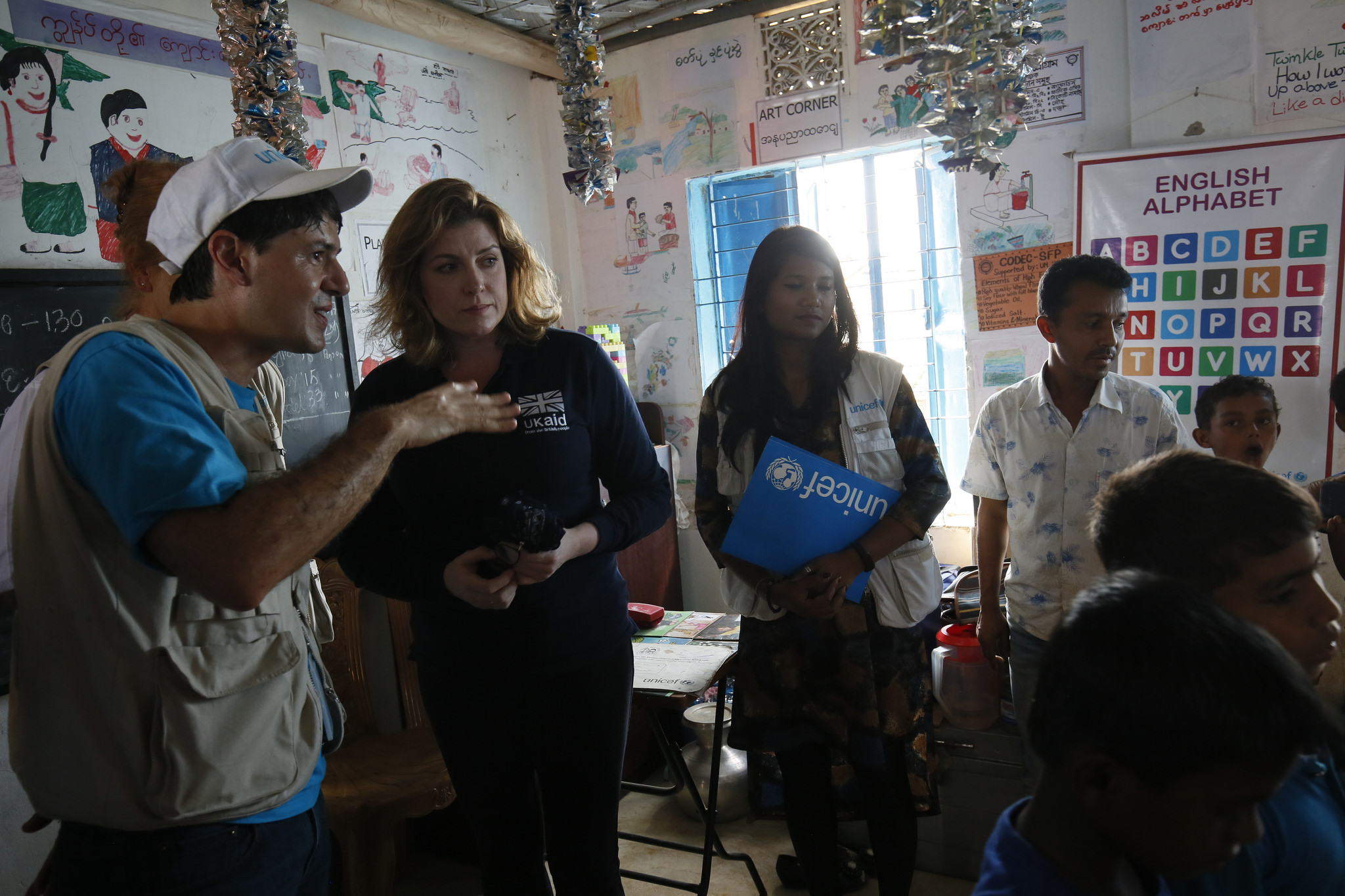 After the Oxfam sexual exploitation scandal in Haiti hit the headlines earlier this year, 22 aid agencies published an open letter declaring that they would “take every step to right our wrongs and eradicate abuse in our industry”. They made a commitment to “listen and take action”.

There is nothing new about NGOs claiming that they “listen” to communities and act on their feedback. A cursory glance at NGO publicity materials reveals that they typically claim that they empower communities by listening and involving them in decisions about aid projects.

It is therefore reasonable to assume that aid workers share the same language as local communities (or at least that they use good interpreters). Otherwise, how could aid providers and aid recipients communicate with one another effectively? You might also assume that it is relatively easy to translate basic development terms into local languages. Development NGOs promote common goals, such as gender equality and human rights. Surely organisations must use common interpretations of these words when interacting with the people that they aim to help?

But our research suggests that this is typically not the case. We conducted a three-year project to explore the role of languages in international development, in conjunction with UK-based NGO INTRAC. We interviewed dozens of NGOs, officials from the UK’s Department of International Development (DfID), and conducted field research in developing countries. Our data led us to arrive at three startling conclusions.

First, we found that languages generally have a low priority in development. DFID officials generally assume that NGOs have sufficient language capacity to communicate with aid recipients. But few NGOs have language policies and language needs tend to be underfunded, even though aid workers are keenly aware of the importance of languages in their work. Many NGOs rely on multilingual staff members on the ground to come up with ad hoc solutions. The problem is that staff are not always fluent in the languages and dialects of the communities that they work with, and so interpretations can be sub par. Communities can become confused about the objectives of aid projects, or even misunderstand them entirely.

Second, many development concepts that are essential to NGO work are not directly translatable into other languages. Examples include accountability, resilience and sustainability. Aid workers often have to invent their own interpretations of these concepts with minimal guidance from management. The interpretations can vary widely, which exacerbates the confusion of the communities about the purpose of aid projects.

Third, these language problems have negative effects on community participation, and the trust that communities have in NGOs. Certain groups, especially those speaking an indigenous language that does not have official status, end up being effectively excluded from participating in project design, and providing feedback on the performance of the NGO. This is an impediment to establishing relationships of mutual respect.

This needs to change if the aid sector is serious about dealing with the issues raised by the Oxfam scandal. The International Development Committee’s recent report on sexual violence in aid called for the inclusion of the voices of victims and survivors in policy-making. Our research suggests that NGOs should ensure that safeguarding policies and procedures are extremely sensitive to the linguistic and cultural context of the areas where abuse may occur.

In fact, in all areas of their work, it is clear that NGOs need to include language as a key consideration when designing development projects. They should use local interpreters wherever possible, who will have a deep understanding of the culture. They need to make more effort to translate development jargon, and better support multilingual staff who undertake the informal work of language mediation outside of their agreed job descriptions. NGOs should also conduct regular assessments to determine whether communities and fieldworkers understand one another well.

It’s not just NGOs that are problematic. We found that DfID also has a blind spot about the importance of languages. For example, it only accepts funding proposals in English. This prevents thousands of excellent local organisations in developing countries that are unable to speak or write English, but are worthy of financial support, from applying for funding. If they cannot enlist the support of a fluent English speaker, they are unable to access money that might help them to make positive changes in their communities.

DfID claims that it is committed to “putting the last first”, and that “every person counts and will be counted”. But if development is to be truly inclusive, then it needs to cater for the languages spoken by the recipients of aid, who often tend to be the poorest and most marginalised in society. DfID should open up opportunities for non-English speaking organisations to apply for funds. This would promote a bottom-up approach to development that empowers the grassroots: a radical, much-needed change in the way that development is practised.