Should healthcare workers have their freedom of conscience enshrined in law? As medical technological advances gather pace, Professor David Oderberg says there’s never been a better time to support medical conscientious objectors, in a new post for The Conversation. 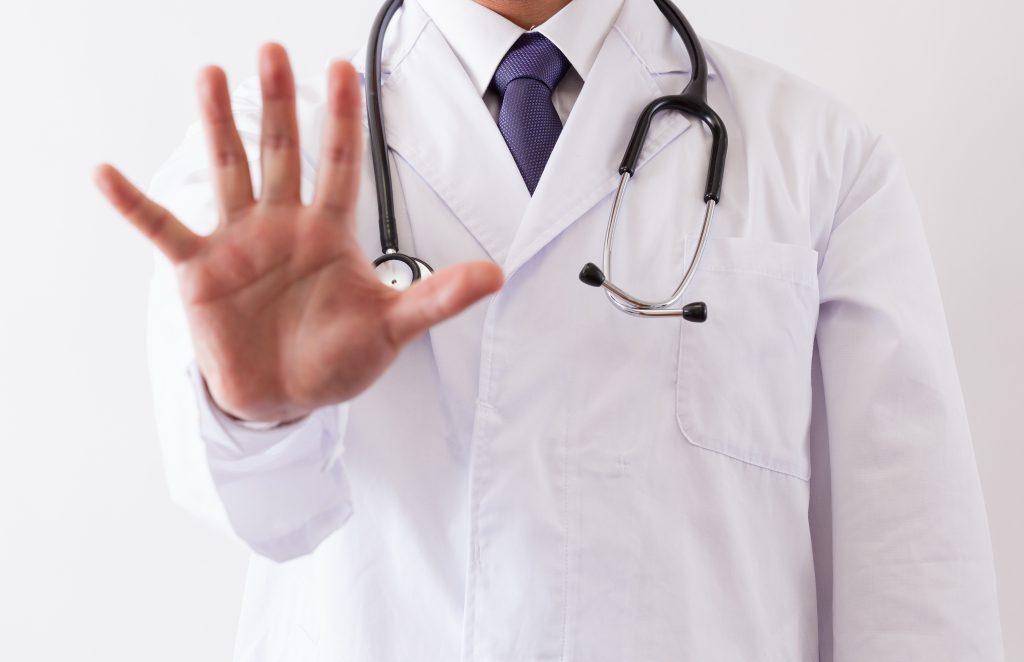 For most people, the term “conscientious objection” evokes images of Quakers and pacifists registering to avoid military service. Many countries have a long and honourable tradition of accommodating such conscientious objectors. It might not be about bombs and bullets, but healthcare professionals often find themselves fighting a conscience battle of their own.

In the UK, Canada, Sweden and other countries, conscientious objectors in healthcare have found themselves discriminated against in various ways – whether through dismissal, lack of promotion, or more subtle forms of coercion. Most cases involve doctors, nurses or midwives refusing to perform abortion or euthanasia (or to assist with either). Yet these happen, through historical accident, to be the flashpoint of current controversy.

Whatever your personal views on the morality of this or that medical activity or treatment, what is primarily at issue is whether healthcare workers should have their freedom of conscience enshrined in law. You might ask: isn’t it already? Well, there are a number of international treaties and conventions, such as the Universal Declaration of Human Rights, to which the UK and many other countries are party, and in which freedom of conscience (and freedom of religion, to which it is related but not identical) is explicitly recognised.

Yet few countries give citizens – including health workers – the explicit protection to match the warm words of international conventions. In the UK, you would need a microscope to find protection for conscientious objectors in medicine. There are a few piecemeal provisions, such as in the Abortion Act 1967 and the Human Fertilisation and Embryology Act 1990, but nothing close to the broad-based protection to which healthcare workers, both as citizens and as professionals, are entitled.

The issue is pressing both in theory and practice, which is why I have just launched a Declaration in Support of Conscientious Protection in Health Care, which I hope many healthcare workers will sign. As a matter of moral principle, healthcare professionals should not be treated as mere functionaries of the state, doing the state’s bidding – that way lies disaster. Nor should they act as mere healthcare valets for their patients, doing whatever they request. Patient-centred care does not mean that.

The question is one of moral and professional integrity. Sometimes a doctor, for example, will consider that a certain treatment violates their sincere, deeply held moral (or religious) convictions. The reason might be, quite simply, that they believe the treatment to be against their patient’s interests. Or they might think that in acting a certain way they would be doing a serious wrong – violating their religious or ethical code.

Practically speaking, the urgency of putting comprehensive conscience protection on the books for healthcare workers lies in the rapid advance of medical technology. As new treatments and services become possible, it is a certainty that more and more healthcare workers will find themselves confronted by problems of conscientious objection.

Whatever you might think about abortion, or euthanasia, or this or that treatment, consider what is now available or coming down the pike. Today we have transgender surgery, extreme body modification and transcranial direct current stimulation to make us smarter. On the horizon, we have body implants for interacting with technology, such as implantable microchips for opening doors or buying goods. And it is not inconceivable that in the future we will have human cloning and gene editing for eugenic purposes. The list is only limited by the imagination.

Imagine you are a doctor asked to be involved in one of these treatments – might there be a conscience issue for you? Or is it a case of anything goes? Must doctors and nurses do whatever they are asked to do? If the treatment or service is legal, does that mean freedom of conscience goes out the window?

For my part – and that of the many people who agree – freedom of conscience does not mean denying legal treatment to anyone. But the legal right to a certain treatment does not equate to the right to have that treatment from any particular person. A general opt-out for healthcare workers, where their very moral integrity and ethical principles are at stake, can co-exist with full and fair access to all legal services.

On March 23, 2018, the House of Lords will enter the committee stage to debate further the Conscientious Objection (Medical Activities) Bill, sponsored by Baroness O’Loan. The Bill’s scope is limited to current ethical flashpoints regarding the beginning and end of life. It is not broad based – and one could hope for more – but it is an important step in redressing the imbalance and injustice facing healthcare workers with conscientious objections. It deserves our support. Perhaps the UK might lead the way in developing legislation protecting freedom of conscience in healthcare. If we do not act now, then when is the right time?

This post was originally published on The Conversation on 21 March 2018. David Oderberg is a Professor in the University of Reading’s Department of Philosophy with research interests in contemporary metaphysics, moral philosophy, philosophy of religion, and the philosophies of Aristotle and Aquinas.