As Iran steps up its nuclear programme, Professor Joseph O’ Mahoney explores the history and politics of restrictions on the use of atomic technology in a recent post for The Conversation. 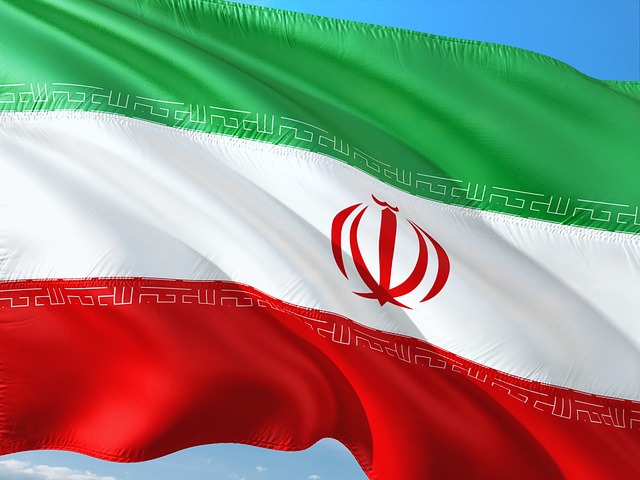 As tensions remain at fever pitch between Tehran and Washington, Iran continues to breach limits agreed in the 2015 Iran deal, known as the Joint Comprehensive Plan of Action (JCPOA). Since Donald Trump withdrew the US from the deal in May 2018, its future has become more and more uncertain.

Iran has enriched uranium beyond the level agreed in the deal. A UN report published in late September confirmed reports that the Iranian nuclear agency had begun operating more advanced centrifuges, the machines used to enrich uranium.

The Western media report these events by relating them to the materials needed for a nuclear weapon. Yet Iran insists that it “will never pursue a nuclear weapon” and that all of its activities are necessary for civilian nuclear power.

The difference between peaceful civilian nuclear energy programmes and the military production of nuclear weapons seems an obvious distinction. And yet, there have been major shifts in the policy regarding this line since explosive nuclear fission was first achieved in the US in 1945. These are partly rooted in a simple and relatively uncontested principle, that there is there is no strict technical difference between the fissile material used in a civilian energy nuclear reactor and that used in a nuclear weapon.

The same technology is used to enrich uranium for either nuclear power or nuclear weapons. This principle has been implemented in a variety of ways throughout the nuclear age.

This meant strict restrictions were put in place on exchanging information on nuclear technology even between the US and the UK, otherwise close allies. The policy was based on that principle that there was little practical difference between the knowledge necessary to build nuclear reactors and that needed to produce “atomic” weapons, such as those the Americans dropped on Hiroshima and Nagasaki in 1945.

US President Harry Truman strongly believed that by restricting access to its information about all nuclear technology, the US could maintain a technical barrier to the production of nuclear weapons elsewhere in the world. He was so convinced of this, that he defied the scientific consensus that the Soviet Union tested a bomb in 1949, saying:

The initial hopes for a US technical monopoly were dashed. Reversing previous policy, US President Dwight Eisenhower told the UN in 1953that “the dread secret and the fearful engines of atomic might are not ours alone”. As part of the Atoms for Peace programme, the US spearheaded the creation of the International Atomic Energy Agency to help apply atomic energy to other areas of life such as agriculture and medicine, as well as the production of energy.

Over the next 20 years, much previously secret information and technology was shared around the world. For example, the US provided research reactors and enriched uranium to a wide variety of countries including Iran. There was a general tone of optimism over the future of civilian nuclear energy.

This laissez-faire attitude towards the “peaceful uses” of nuclear technology was even enshrined in Article IV of the 1970 Non-Proliferation of Nuclear Weapons treaty, which stated a “inalienable right” to “research, production and use of nuclear energy for peaceful purposes” and “the fullest possible exchange of equipment, materials and scientific and technological information for the peaceful uses of nuclear energy”.

This distinction between the civilian and military uses of nuclear technology started to unravel after India exploded a nuclear device in May 1974. This device, supposedly nicknamed the Smiling Buddha, was technically developed outside of the agreements that India had with Canada, who supplied it with nuclear reactors, and the US, who supplied heavy water, needed to sustain a nuclear reaction in those reactors.

However, this outside nuclear assistance was crucial to the nuclear weapons programme. As Homi Sethna, chairman of the Indian Atomic Energy Commission between 1972 and 1983, later wrote: “The initial (nuclear) cooperation agreement itself has been the bedrock on which our nuclear programme has been built.”

Despite India’s attempts to brand the test a “peaceful nuclear explosion”, it set off a flurry of concern within the US as well as in other supplier countries including the Soviet Union, UK, and Canada. The worry was that if India, not seen as a developed nation, could produce a nuclear explosion on the back of nominally civilian nuclear assistance, so could others. The worldwide energy crisis of the early 1970s had led many countries to pursue nuclear energy and the Indian example made the growing spread of nuclear technology appear an ominous and menacing development.

The tenor of the debate had changed. For example, in 1975 a deal was announced in which West Germany agreed to provide Brazil with a complete civilian nuclear fuel cycle, potentially including the abilities to enrich uranium and reprocess plutonium. The New York Times called this “nuclear madness”.

A general reorientation in nuclear policy began. Since then, the nuclear story has generally been one of viewing civilian nuclear programmes as a pathway towards a military nuclear weapons capability. Restrictions on the transfer of and access to nuclear materials and technology have increased. For example, the US and other suppliers began to co-operatein the Nuclear Suppliers’ Group to restrict access to nuclear technology, for example by not exporting the technology for producing plutonium or enriching uranium.

Despite this, public and media opinion seems tilted towards the view that the US or other supplier states can control the development of nuclear weapons through technical constraints. As such, it seems unlikely that the set of circumstances that produced the JCPOA in the first place – a deal built around restricting Iran’s nuclear capabilities – will happen again.

Joseph O’Mahoney is a Lecturer in Politics and International Relations at the University of Reading and a Research Fellow at the Massachusetts Institute of Technology . His research primarily investigates international norm dynamics concerning the legitimacy of war and the use of force.