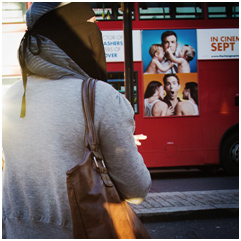 In light of the continuing debate on whether Muslim women should be allowed to wear a veil in public, Dr Amy Codling (Teaching Fellow at the University of Reading’s School of Law) discusses the findings from her doctoral thesis, which she successfully defended last year.

In September this year public and political debate in Britain was once again sparked on whether Muslim women should be allowed to wear a veil in public. On 15 September, sitting in Blackfriars Crown Court, Judge Peter Murphy held that if a Muslim woman who wears a niqab (face-veil) chooses to give evidence in court, she must do so with her face uncovered (although it would be shielded from the view of the general public).

It is not the first time that the issue has been raised in the courtroom. In November 2006, during an immigration trial hearing, Judge George Glossop asked Muslim lawyer Shabnam Mughal to remove her niqab while she made her submissions, claiming that he could not hear her properly. Legal controversy on the veil previously ignited following prohibitions imposed by Headteachers and Governors of state schools on the wearing of a niqab and jilbab (a long cloak-like garment that covers the body except the hands and face) by a teaching assistant and student, respectively.

The legal basis of the claims were either as a form of discrimination in Employment Law or as an infringement of a woman’s human right to manifest her religion. As a result of these claims, both the Employment Appeal Tribunal and House of Lords held that decisions which prohibit the wearing of a veil in schools are legitimate and proportionate to the aims of a liberal democratic society. Several European Governments (such as France and Belgium) have even enacted laws to prohibit veils from being worn in schools and in public. Following recent Judge Murphy’s decision in the Crown Court the question once again has been raised: should Britain enact a law to ban the veil from being worn in public?

For my PhD research, I conducted four focus group discussions with Muslim women who wear a hijab (headscarf) or niqab and live in Britain. The objective was to capture their views and experiences of the practice. This research is important as what is excluded from the current debate in Britain are the voices of women who wear the garments themselves.

Seventeen voluntarily participants, aged between 18 to 36 years of age, contributed to the discussions which were held at the University of Reading and two Muslim organisations in Bracknell and Manchester. All of the participants wore a hijab (with two exceptions, one wore a niqab and the other no longer wore the hijab). The participants were from a variety or family origins (for example, the Middle East, Mauritius and Somalia) and had a range of socio-economic backgrounds (such as being a house wife, contractual negotiator for a finance company as well as students on a variety of courses, including law and psychology). The views and experiences put forward by the participants are not intended to inform a generalizable account of the perspectives of women who wear a hijab or niqab and live in Britain: they simply reflect the personal day-to-day account of these seventeen participants.

Three key findings of the study are: first, the term ‘veil’ is inappropriate in reference to the practice of Muslim women covering their heads, bodies and faces in public. This is because the participants stated that this generic term describes a range of different garments, such as a hijab, jilbab, niqab and burqa (the hijab, jilbab and niqab worn together), and is used by opponents to promote a negative image of the practice (for instance, that Muslim women build a barrier between themselves and the rest of society). Accordingly, it is important that the precise description of a garment is used.

Second, during the discussions participants highlighted the connection between wearing a hijab or niqab and their personal relationship with God. Examples of participants needing to explain their reasons for covering to others, overcomes the assumption that all Muslim women who wear a hijab or niqab are oppressed by male members of their family or community. The way in which participants wore a hijab or niqab in their own particular style, fusing traditional Islamic dress with modern Western fashion trends, points to the existence of a space in which these women exercise freedom and creative capacity to construct their own identities.

Finally, overall, the study participants reported positive experiences of living in British society and following Islam. Britain provides religious tolerance and respect as well as education for women. As the participants reported making their own personal decision to wear a hijab or a niqab, none would remove the garments if prohibited by law.

Due to the findings from the study, my thesis is that no law should be enacted in Britain to ban a hijab, jilbab, niqab or burqa from being worn in public. This is because the existence of diverse religious and cultural identities forms an important part of the modern British collective identity. Instead, these garments should be recognised as Islamic ‘religious law’ and be protected as a human right for its wearer to manifest her religious beliefs.