Being able to speak more than one language is an advantage in its own right. The capability to communicate in another language can boost one’s career prospects, it makes it easier to travel and allows one to understand other cultures on a more intimate level than through translation alone. But in the past decades, researchers have studied the neurocognitive effects of bilingualism and the data show some fascinating results – being bilingual seems to quite literally change the structure and function of one’s brain. 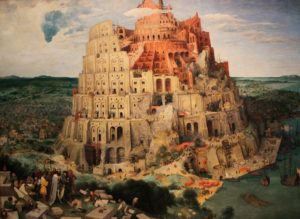 Why would this be? The brain is an incredibly plastic organ that, most of all, strives to be efficient. When learning a new skill, the brain adapts so that it can use its resources in the most efficient manner possible. Research has shown that brain areas or neural networks required for a particular task, skill, or life experience are strengthened and reinforced. For example, a famous research study from the early 2000s found that the brains of London taxi drivers have a larger volume in structures that are important for spatial navigation. Other examples are those of musicians or jugglers, where researchers would find evidence in changes in the areas of the brain that are involved in auditory or motor function.

Like the above examples, bilingualism is also a skill that makes use of our cognitive resources, specifically those involved in cognitive control. Cognitive control is something we use every day – it is required to work, learn, focus, manage daily life and govern our emotions. When someone has two languages available to them, both languages are always “active” in the brain. The brain must therefore control both and choose the language that is appropriate to be used in a certain communicational context by inhibiting and suppressing the language not in active use. Given the constant co-activation of all linguistic systems available to the bilingual or multilingual individual, the brain is always at work to ensure successful communication. This uninterrupted mental exercise leads to adaptations in the neural systems that support bilingual language control and cognitive control more generally, as the brain areas and structures responsible for both are overlapping.

This has implications for the later years of life. Healthy older bilinguals have been reported to have built a ‘neurobiological capital’ of sorts – that is, they show greater gray matter volume and white matter integrity in parts of their brain. This suggests that naturally occurring neural degeneration in healthy ageing would take longer as there is a build-up of structural ‘brain reserve’, which can be thought of as structural reinforcement of the brain.

When looking at individuals who have been diagnosed with Alzheimer’s Disease (AD) it becomes apparent that bilinguals have developed some sort of a compensatory mechanism (or a ‘cognitive reserve’) as well – they are performing better than what would be expected for the extent of brain damage they have sustained because of AD. This might explain the crucial finding that bilingual individuals are on average diagnosed with AD four to five years later than monolinguals – although the brain is declining, they exhibit no symptoms, because the brain is able to compensate for tissue loss, at least initially.

However, the mechanisms behind the building up of cognitive or brain reserves is not fully understood. As AD is primarily known as a memory disease, my research tapped into this by examining the hippocampus – a structure that is essential to memory formation, sensitive to ageing and AD, and previously shown to adapt in response to bilingualism. We found that in both healthy older individuals and those with a diagnosis of Mild Cognitive Impairment (MCI) the hippocampus was greater in volume for those who engaged in bilingual practices. This suggests that bilinguals have built up a brain reserve in the crucial brain structure, which may stave off the onset of dementia. We also found that in the MCI cohort, onset of symptoms was later for those who actively used two languages on an everyday basis, suggesting that it may not be just bilingualism per se, but active engagement and use of two languages that is important in this context.

In the absence of pharmaceutical cure or treatment for dementia it is important to look at other measures that may limit the enormous impact of this disease. The number of 60+ year olds globally is expected to break 2 billion by 2050. According to Alzheimer’s Research UK, there are an estimated 850 000 people living with dementia in the UK alone. As people are living longer, 1 in 3 people born in the UK will likely develop dementia in their lifetime. With this in mind, the evidence that bilingualism contributes to cognitive and brain reserves and may delay the onset of dementia symptoms carries important public health implications. Understanding the exact neurocognitive impacts of bilingualism might inform policymakers, help promote bilingualism where it already exists, and help place a greater emphasis on language learning and engagement in bilingual language use across the lifespan.

The Fairbrother Lecture is a University public lecture named after Jack Fairbrother who in 1929 became the first student to be awarded a PhD from the University. The lecture is an annual event at which a Reading doctoral researcher presents their research to awider audience.