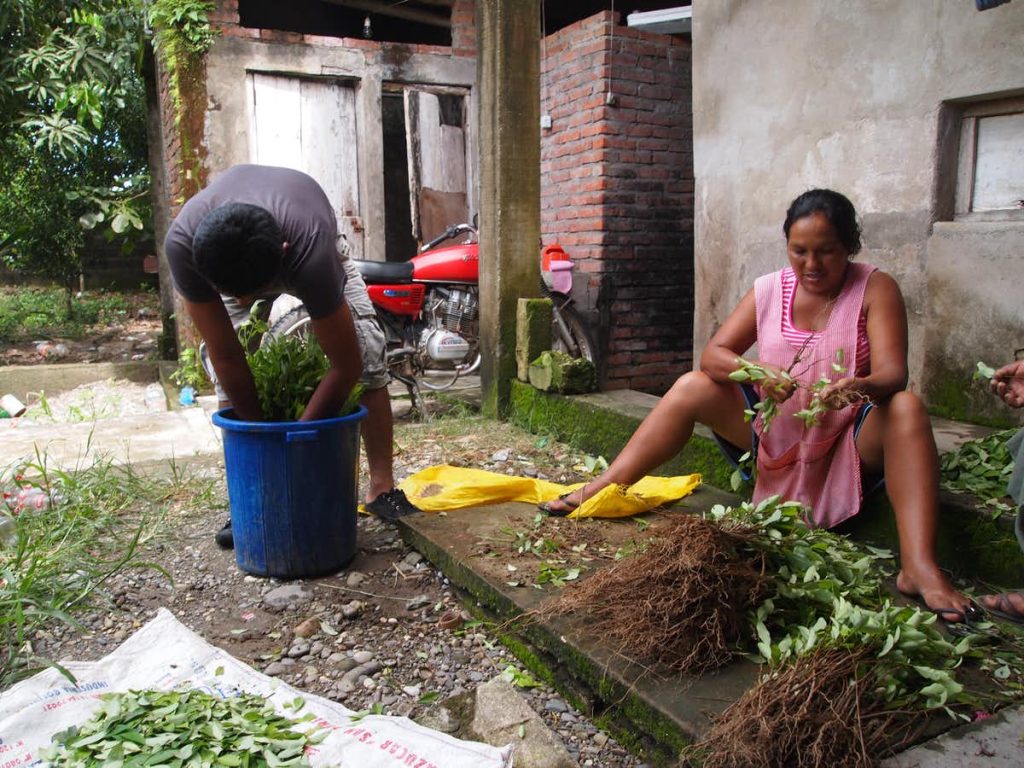 “We have an abusive government. They hit hard at the coca growers … They shot at us with tear gas, with high calibre weapons,” community leader Rúben Leiva told us.

Drug crop production is primarily thought of as a crime and security issue. But most people are forced into production due to poverty and lack of opportunities in the legal economy.

For 40 years, policies in Peru have prioritised forced eradication of coca leaf under intense pressure from the US government. Weak economies, farmers turned into outlaws, and human rights violations are the result of this militarised crop and drug control strategy.

Coca production has not shrunk overall, merely shifting its location, often through extensive replanting, which aggravates deforestation. Global cocaine manufacture in 2017 reached its highest level ever: an estimated 1,976 tons, more than double the amount recorded in 2013, guaranteeing the flow of drugs northward.

The search for alternatives

These negative outcomes have stimulated regional debate around the violence, corruption and instability fuelled by current drug policies. Bolivia has emerged as a world leader in promoting a new model based on farmer participation and non-violence.

Beginning in 2004, successive governments have allowed growers to cultivate a restricted amount of coca leaf, with compliance conducted by local coca grower unions themselves. This coca leaf is sold to registered intermediaries and domestic markets as a mild stimulant, similar to caffeine. The leaf also packs a powerful punch of nutrients such as calcium and vitamin C.

This community-based model has proven more effective in reducing coca acreage than police and military repression, and has extended social and civil rights in previously peripheral regions. Government investment, gender equity policies, and the 2013 international recognition of Bolivians right to consume the leaf domestically have strengthened local stability.

In turn, this has encouraged economic diversification away from coca. In Bolivia, 23,100 hectares were under coca cultivation in 2018, less than half that in Peru.

The programme is recognised as a “best practice” by the Organisation of American States. The United Nations Development Programme reported in 2019 that:

“By recognizing coca cultivation as a legitimate source of income, the [Bolivian] government has helped stabilize household incomes and placed farmers in a better position to assume the risk of substituting illicit crops with alternative crops or livestock.”

While drug crop policy was undergoing profound change in Bolivia, neighbouring Peru continued eradication-based strategies designed and (until 2011) funded by the US.

Peru’s programmes experience the same problems as Bolivia’s before 2004 when it changed tack, but within a context of greater violence both by the state and insurgent forces. Peru’s growers have endured repeated cycles of forced eradication, failed development and violence by the state, insurgents and drug traffickers.

Could it work in Peru?

An urgency to trying something different led some Peruvian coca growers and their organisations to travel to Bolivia’s coca growing regions in 2019. Three delegations from six regions spoke with coca farmers, visited state-financed projects to promote alternative crops and fish farming and met with Bolivian officials, including the head of the anti-narcotics police and members of congress.

They came away with a solid understanding of what Bolivia’s community control could offer. Grower organisations subsequently educated their members about the model, as well as proposing its possible adoption with the European Union and the state coca crop control organisation (DEVIDA).

“We could do a pilot project of the Bolivian model here,” insisted grower leader Marianne Zavala from Peru’s Junin province. “I know it would work well and we really want to try this.”

But for Bolivia’s model to have any hope of success in Peru, two obstacles must be addressed. Peru’s rural union structures lack the grassroots cohesion that has proven critical in Bolivia. Coca grower organisations in Peru, as well as local municipalities, will need extensive training and capacity building, as well as assistance in forging a regional and national consensus on an alternative approach.

This challenge is compounded by the inordinately high distrust among Peru’s rural populations, including coca growers, towards the state, particularly the security forces and DEVIDA. Bolivia’s experience offers ideas for how this mistrust can be diminished.

Bolivian coca growers designed the community control policy, staffed related state institutions, and have seen their own political representatives in positions of power. They emphasised political participation to their Peruvian counterparts. “We could never have reached as far if we had only worked as a growers’ union,” Bolivian leader Felipe Martinez told the Peruvians.

But the destabilisation of Bolivia in November 2019, when President Evo Morales was ousted after accusations of conducting a fraudulent election, highlights how dependent community-based control of coca is on the commitment of the government in power.

The anti-Morales interim Añez government has threatened a return to forced eradication so as to undermine local unions loyal to Morales. It has killed nine people during a coca grower protest, and continues threats towards growers’ leaders under the guise of combating drug trafficking.

The trust that coca growers once had in government has evaporated, and with it the underpinnings of community control. This holds an important lesson. If a government continues to treat coca growers as enemies – people whom policies should act upon rather than collaborate with – then the violence, failed development and coca cultivation will continue unabated.